The knife was enormous, and it gleamed under the bright kitchen light. It was sharp and way bigger than any knife my daughter was allowed to use at home. But we weren’t at home – we were on holiday in France, where, I’d come to notice, 13-year-olds are considered mini-adults. The chef leading our cooking class in Bouliac, a tiny town 20 minutes outside Bordeaux that overlooks the famous wine region, had equipped Bethany’s work station just as she had for the grownups. My daughter hesitated, and looked at me out of the corner of her eye as she reached for the 10-inch blade. I pretended not to notice, focusing on my own onion. Tentatively, she picked up the horror-movie-size weapon – then quickly started slicing and dicing with more care and precision than I could muster. 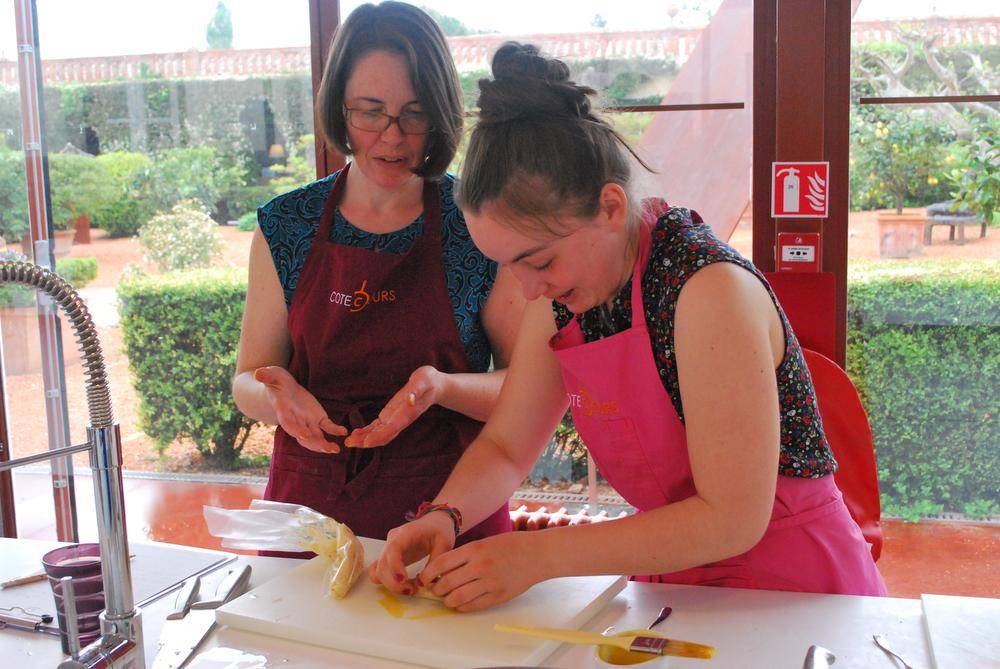 I was surprised, and happy we’d come to France for my maternal experiment. I wanted to see my daughter and me have some fun together before we entered the full-time rebellion of the teen years. In France I could expose her to a depth of Old World history and culture we’d never find at home – and I knew I’d score serious points for fulfilling her dream to see Paris (which, I hoped, would buy me enough goodwill to explore a few wineries in Bordeaux and Saint-Émilion).

We started in Paris, and may have set a world record for how much you can see in the City of Light in two days. As we pushed through jet lag, I could tell the city was working its magic: “Why is it so beautiful?” Bethany would ask as we passed yet another stunning building. We sat in cafés older than Canada, strolled along the Seine noting how, in Paris, even a workaday bridge can be a thing of beauty. I still got my share of eye-rolls from her, especially wielding my camera in the Louvre, but I chose to focus on the times she’d stare in wonder at the Roman sculpture, grasping at last (at least I’m pretty sure, sometimes it’s hard to tell) why chiselled stone could be a work of art.

Bethany slept off her sensory Paris hangover during the three-hour train ride south to Bordeaux while I plotted the rest of our trip. 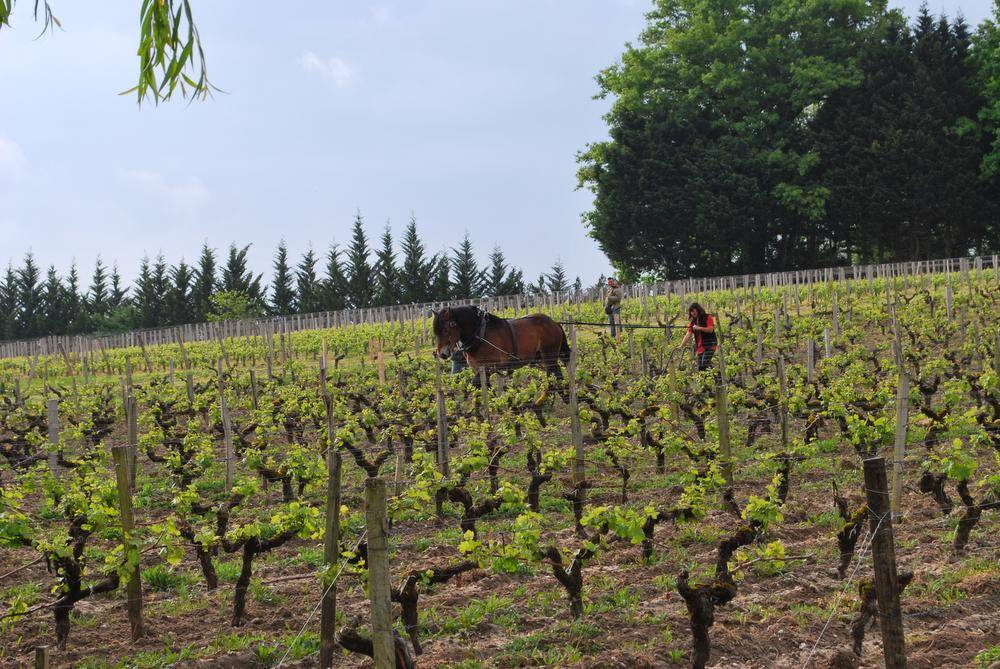 The vineyards at Château Smith Haut Lafitte in Martillac, France.

I’d heard that many châteaux in the renowned region are making it more inviting to explore, with visitor centres, hands-on tours and restaurants. And since I’m no oenophile, I was intrigued. Château La Dominique in Saint-Émilion just completed a two-year overhaul, hiring Pritzker Prize-winning architect Jean Nouvel for the transformation. It seemed like a decent place to start.

On the 40-minute drive from the Bordeaux train station, we passed rows upon rows of vines punctuated by grand stone châteaux. And then in the distance, something completely different: Shiny wine-red walls rise out of the landscape. As you get closer, you notice Nouvel designed the walls to work as inverted mirrors, reflecting the vines and the sky.

On the tour we’re shown another break with Old World tradition; a floor-to-ceiling window in the vat room (where the grapes break down in enormous stainless-steel tanks) works as a visual connection between the vines and the wine. “We want to show the experience of making wine, and want you to have an experience as well,” said Château La Dominique’s Marion Veyry as she ushered us up to the chic rooftop restaurant and terrace. 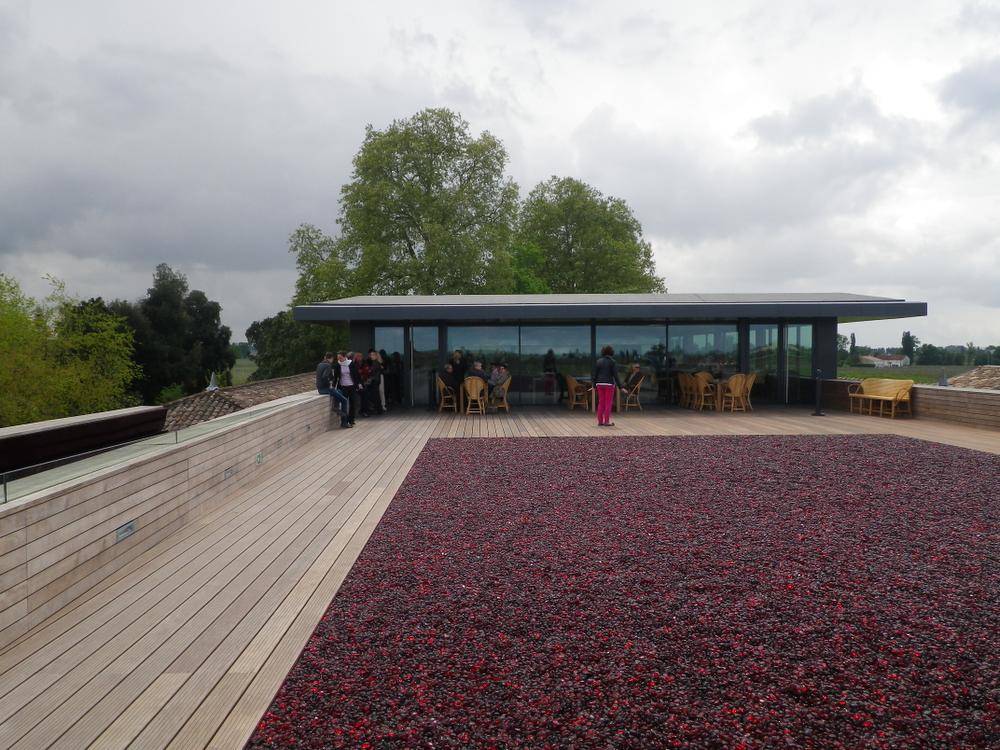 We stayed for lunch at La Terrasse Rouge, enjoying a commanding view of the surrounding vineyards. I encouraged Bethany to try a little of the wine from this Grand Cru Classé estate. She did, and shuddered in disgust, which made our twentysomething guide smile. “Don’t worry Bethany,” he sympathized. “I didn’t like wine until I was 17.” Now it was my time to laugh.

There’s also change afoot at Château Smith Haut Lafitte, about 25 minutes south of the city of Bordeaux. An adjacent five-star boutique hotel, restaurant and Caudalie spa have welcomed longer visits for years, but after making headlines with its 2009 and 2010 vintages, demand for the wines and tours of the estate have skyrocketed. 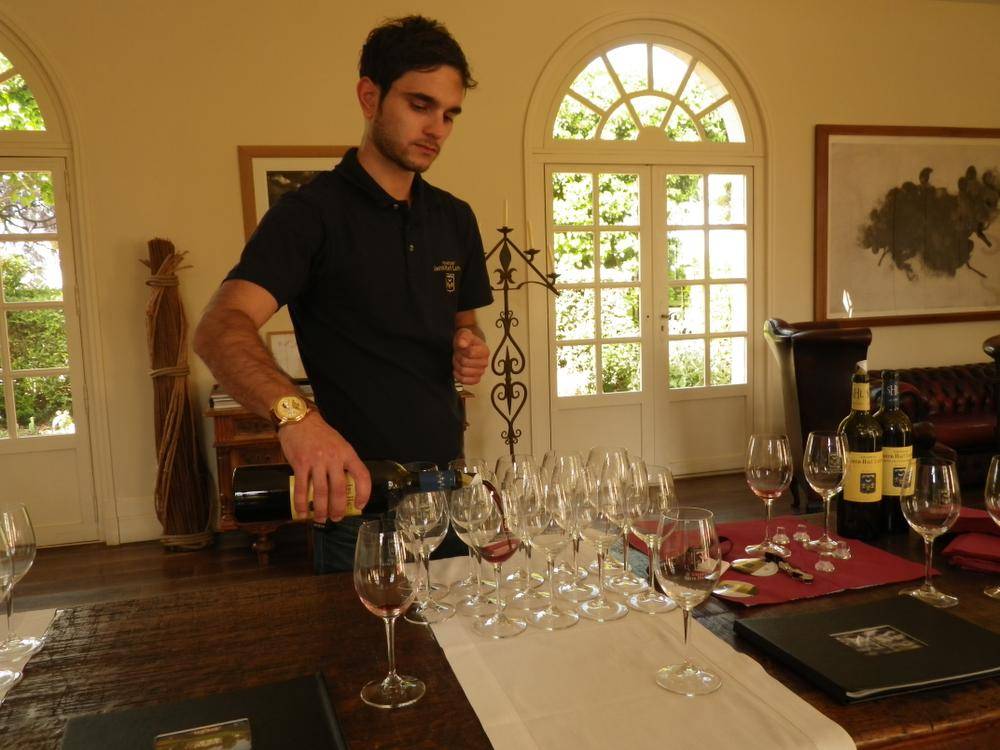 I found our tour here fascinating, but it’s barely endured by Bethany until we reached the tasting room. Louic, our guide, was talking about caudalie – the stories a wine leaves in your mouth and mind after you swallow. Sipping from a heavenly glass of red, I’m was trying hard to hear my own stories when Louic showed me how to achieve the full effect: He curled his tongue and suckled the wine in a way that – admittedly – sounds hilarious.

Bethany tried hard not to laugh, and distracted herself by flipping through the guest book. “Johnny Depp was here?!” she was incredulous. “Tom Cruise? Cameron Diaz!?” Louic and I smiled, realizing she had just found her entry point into the world of fine wine, even if she can’t drink it. Suddenly she was all ears, snapping photos and asking questions – “So, Johnny Depp was in this cellar, right?” – and the rest of our visit passed much more pleasantly. 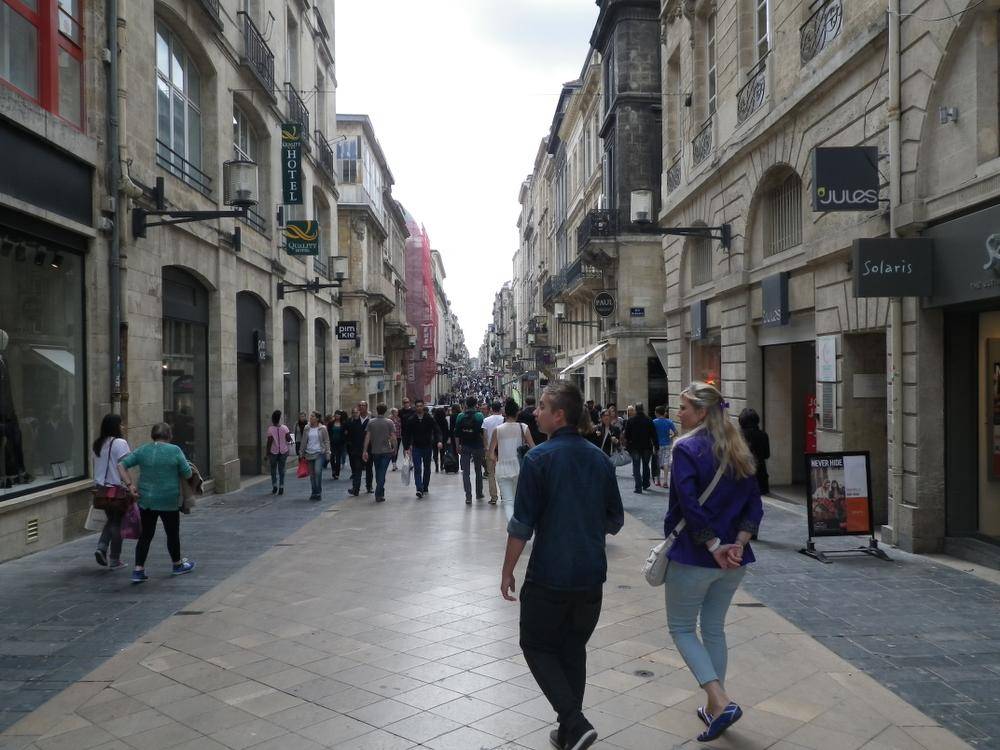 Our next stop is the UNESCO-listed city of Bordeaux, famous both for its architectural heritage and as a base for exploring the region’s 5,000 châteaux.

They don’t call Bordeaux “the little Paris” for nothing, as we discovered the next day: More than 360 buildings are protected. The money to build its grand avenues and elaborate stone and ironwork buildings came during the city’s golden age in the 18th century, when the large, deep port was a major wine and slave-trading centre. These days, cruise ships can be found by the docks all summer long. Our guide took us around the medieval quarter and the waterfront, pointing out the ironwork balconies (something the town is famous for). Eleventh-century this, 12th-century that, important 18th- and 19th-century details – she tossed around centuries like a toddler throws tantrums. 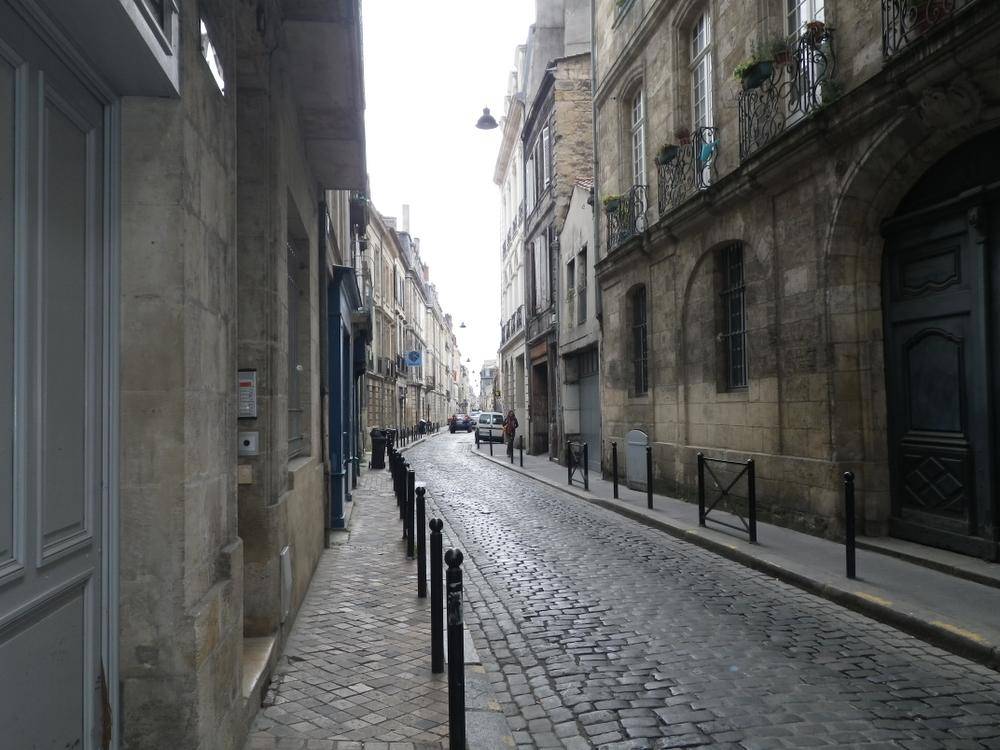 It was all so impressive, but the details were blurring together; Bethany and I were in Old World overload. Or maybe we just needed to eat. A quick picnic on the waterfront perked us up – and here I discovered another way to visit vineyards – Bordeaux River Cruise takes visitors up the Garonne River on day trips. It sounded a heck of a lot easier than getting lost in your rental car, but Bethany had seen enough vineyards.

Truth be told, we were both ready to break out for the coast – a little sand, a little sun, a little stand-up paddleboarding (SUP). Biarritz, and the entire Basque coast, is a surfer’s paradise with great breaks from Anglet to Hendaye. From our hotel balcony in Biarritz, we’d see the pros (and not so pros) bobbing in the waves from the moment we woke up until dark. The laid-back vibe of this beach town, long a favourite of European aristocracy, suited us both – lots of shops, good-looking surfers, sunsets over the Grande Plage and – thank you, Spanish influence – great sangria and seafood. 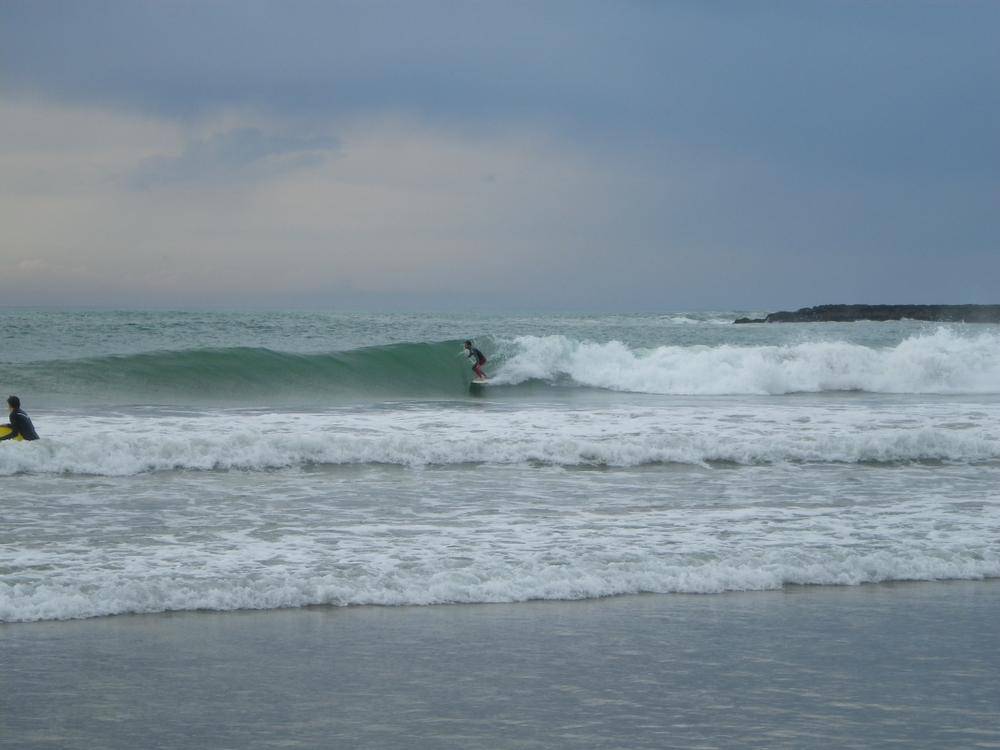 One morning we drove down to the protected cove of Ciboure and Saint-Jean-de-Luz and lined up SUP lessons from Atlantic Pirogue. SUP was new to both of us, so we could laugh at each other’s attempts to master paddling through strong winds and tidal currents.

If anything, my daughter had the edge since she could speak the language thanks to eight years of French immersion. We were paddling with a class of French tweens, and she got quite a kick out of the continual cries of “Ne frappe pas la journaliste!” (“Don’t hit the journalist!”).

Throughout this trip she’d often smirk at my cereal-box French, and found it deliciously empowering when locals asked her to explain something to me. She admitted how much fun it was to speak French in France (as it had nothing to do with school), and that alone was worth her airfare.

I’d seen this trip as an investment in her education, maybe even the start of her own love affair with France (and hopefully one day, good wine), but it was really a gift for both of us – one I hope she’ll unwrap again when she’s old enough to explore the country without me. 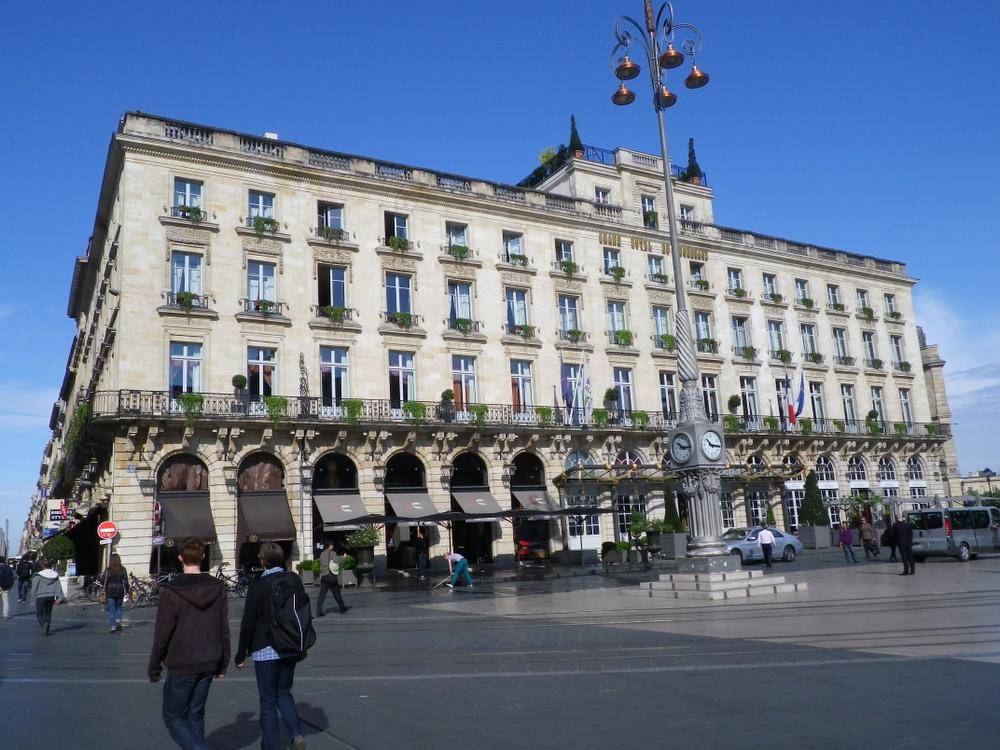 There are many flight options, but if you’d like a free champagne aperitif (available even in economy; just ask) then Air France is your ticket. airfrance.ca

Les Sources de Caudalie Not only are you in the midst of an old vineyard first planted in the 14th century, but the five-star hotel – the epitome of rustic French chic – is also the home of the original Caudalie Vinothérapie Spa. Book the private wine tour at Château Smith Haut Lafitte (right across the road) to explore the owner’s secret wine cellar – it’s very cool. From €280. Chemin de Smith Haut Lafitte, Martillac; www.sources-caudalie.com

Grand Hôtel de Bordeaux and Spa Pull up to the 18th-century façade and the valet greets you like a long-lost relative; This grande dame surpasses your New World expectations. Make sure to decompress in the hammam, then take in the view from the rooftop spa terrace or book a top-notch château tour with the wine concierge. From €250. 2-5, Place de la Comédie, Bordeaux; ghbordeaux.com

Le Café de Paris Hotel In Biarritz, each of the 19 rooms and the dining room in this boutique retreat overlooks the Grande Plage and dozens of surfers waiting for the perfect swell. From €150. 5, place Bellevue, Biarritz; hotel-cafedeparis-biarritz.com

Bordeaux River Cruise If you want to visit the wineries, you won’t want to drive. Half- and full-day cruises leave the city centre and sail along the Garonne or Dordogne riversto see the sights and try the wine. Tours from €38. bordeaux-river-cruise.com

Bar à Vin Every year, the sommeliers at Bar à Vin curate Bordeaux’s best vintages and offer a glass of red and white for €3.50 or you can splurge on two glasses from a Pomerol appellation for €8. It’s a steal, and the bright, airy bar is staffed by experts who talk about the wine as if they grew it themselves. 3, cours du 30 Juillet, Bordeaux; baravin.bordeaux.com

Château La Dominique In Saint-Émilion, explore architect Jean Nouvel’s take on the winery: This is no ordinary château. Admire the view from the rooftop restaurant, La Terrasse Rouge, and terrace. chateau-ladominique.com

Côté Cours The cooking class at Le Saint-James, a Relais & Châteaux hotel, is the most fun you may have in a kitchen. It’s for all ages and abilities and you are sure to learn a few new tricks. The chef pours you a glass of wine as she cooks the meal you’ve just (sort of) slaved over. 3, place Camille Hostein, Bouliac, saintjames-bouliac.com

Atlantic Pirogue In the harbour between Saint-Jean-de-Luz and Ciboure, this outfitter is a good spot (no matter the weather) to rent boards and kayaks. Rentals from €29. atlantic-pirogue.com

The writer was a guest of Tourisme Aquitaine and Atout France. Neither reviewed or approved this article.