The Rocky Mountains lie to the west, snow-capped peaks hidden just beyond the horizon, and the vast Alberta prairie emerges in the east, gently rolling fields offering no hint of the riot of yellow canola and blond wheat that will bring life to the land come summer.

It all suddenly falls away. We're in the Badlands now, that unforeseen pockmarked landscape outside Drumheller where the prairie disappears and our grip on the present loosens. Horsethief Canyon is the rarely marvelled gem in this prehistoric playground. Just a 10-kilometre jaunt up quiet Highway 838 (the North Dinosaur Trail), northwest of the region's Royal Tyrrell Museum, few visitors make their way to admire the fiercely eroded canyon close up.

Fewer visitors still venture far beyond the comfort of their car to take on the short but steep trek down into the canyon, a tricky descent through layers of time clearly etched in shades of brown on the slopes to the canyon floor. Dark seams of black coal highlight the geology, the hydrocarbon that fuelled early-20th-century commerce in the region. It's an adventurous hike well out of sight and far beyond the minds of most people, who look westward to the jagged Rockies for scrambles across scree and ambles in mountain meadows.

"Horsethief Canyon is a window into the past," says Dennis Meloche, a technical adviser at Devon Energy who studied the area on his way to a PhD in geomicrobiology.

The strange outcrops of rock are a kaleidoscope of geology and history, a mingling of dinosaurs and prehistoric animals. The confluence of factors here unveil a landscape found in only a few places on Earth - and rarely so close to a large city.

"The outcrops are as fine as you see anywhere in the world," Meloche says.

About two hours from Calgary, the landscape around Horsethief is dotted by slow-moving pumpjacks, each lifting up a dozen or so barrels of oil a day. Getting into and out of Horsethief isn't easy (unlike its nearby cousin Horseshoe Canyon on Highway 9 to the south). When the land is dry, loose rock and cracked, baked dirt covers the significant inclines of the undulating canyon walls. If wet, navigating from the crest of the canyon to the valley floor goes beyond most people's idea of casual fun. Here, the sandstone is infused with a clay that absorbs water and becomes, when soaked, something like an extremely thick yogurt, easily washed away by rushing water. The terrain demands keen and careful attention.

The reward is solitude.

Even in summer, when the sun sears the land and temperatures routinely rise past 30 C, crowds don't venture into Horsethief. Once hikers are engulfed by the canyon, the land becomes lush, green with prairie grasses and bushes. Water trickles down dried riverbeds, the process of erosion that once slashed through here reduced to extreme slow motion.

Horsethief is an ideal spot for a lazy summertime picnic, alone with millions of years of history. The canyon is T-shaped, running roughly half a kilometre by one kilometre out to the wider Red Deer River Valley (cut from the land when the last ice age ended about 10,000 years ago), terrain that can occupy most of an afternoon in the absence of officially marked trails. Here you can look in on the last years of the Cretaceous Period, 70 million years ago, the end of the age of dinosaurs. Among the notable specimens uncovered in the Horsethief is a horned dinosaur with a thick nose named Pachyrhinosaurus canadensis, according to Royal Tyrrell Museum research scientist David Eberth.

The name Horsethief, like the history it is home to, is something of a mystery. On most maps and tourist information, Horsethief is a single word - but on the wooden sign that stands on the canyon precipice it is two. According to local legend - the type of cowboy campfire tale told well past dark - thieves in the 19th century used the narrow coulees of the canyon to house and rebrand stolen cattle and horses. For the interlopers, often described as Americans, Horsethief was a reputed way station on a smugglers' route to Montana.

Like the dinosaurs of millions of years earlier, the whisky whispers of the Wild West feel distant yet immediately present - the ghosts of Pachyrhinosaurus and thieving cowboys companions on a solo hike into history.

Less than two hours from Calgary, Drumheller is most directly reached by car on Highway 1 east, and then north and then east on Highway 9.

Royal Tyrrell Museum Home to one of the world's largest displays of dinosaurs, the Tyrrell celebrates its 25th anniversary this year and expects to welcome its 10 millionth guest. For the birthday, the museum presents Alberta Unearthed: 25 Stories of Discovery and features Black Beauty, a dark-hued Tyrannosaurus rex skeleton. The exhibit complements long-time favourites such as the T. rex in the museum's Dinosaur Hall and the Cretaceous Garden greenhouse, a collection of prehistoric plants that thrived here 70 million years ago. The museum also offers a kilometre-long guided badlands hike. 1-888-440-4240; www.tyrrellmuseum.com.

Last Chance Saloon At the end of the road in Wayne, a one-time mining town, current population 27, the Last Chance Saloon was established in 1913 and is a dig into the early history of the region in the past century, the walls heavy with memorabilia. The beer is served in Mason jars, the burgers (buffalo if you like) are tasty and cheap and there's only one way in or out - a six-kilometre road that traverses 11 narrow wooden bridges. Cheap rooms available in the adjoining Rosedeer Hotel (403-823-9189).D.E. 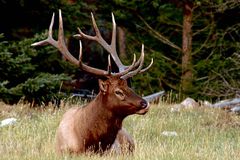 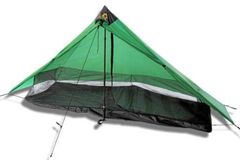