So much more than a place to rest your weary head, the hotel is the stuff of fantasy: sexual, economic, creative. It's a place to be quiet with your thoughts or your partner, or very loud with your friends. It is a haven of design and, more and more, of interesting art on the walls. Or maybe it's a seedy escape, a place where we can imagine holing up and writing the Great Canadian Novel. Or, at the very least, reading it.

But the hotel is even more than this. It is a kind of cultural marker, a place worthy of the kind of deep thinking and reflection that has routinely taken place in its rooms, lobbies and bars. So posits a fascinating exhibition that has just opened at the Vancouver Art Gallery. Grand Hotel: Redesigning Modern Life looks at the hotel as cultural incubator, but also examines the hotel as cultural artifact: what its development says about our culture, and how it has contributed to it. And on a purely aesthetic level, it includes stunning imagery of international hotel architecture and design, as well as artists' interpretations of the hotel experience.

"The hotel is such a powerful global phenomenon that it's really absorbed and reflected and reconfigured modern life," says Jennifer M. Volland, who conceived the exhibition and co-curates with the VAG's Bruce Grenville and Stephanie Rebick. Volland has had a lifelong fascination with hotels – she credits a family background that involved a lot of camping, broken up by the odd, glorious overnight at a Motel 6 – and for her graduate studies at UCLA, focused on the hotel's evolution.

"The hotel as we know it today is really a modern architectural symbol and form, something that didn't exist in this way prior to about 1800," Volland explained during a preview of the exhibition, which opened Saturday. "There were inns, but they were more utilitarian in function. And when the modern hotel came about, it was in the industrial revolution time when people had increases of wealth and personal time and they wanted places to go to see and be seen. And it created this condition where people from all walks of life came together in a way that had never happened before."

A stroll through the exhibition provokes thinking both personal and philosophical. It seems inevitable that your own history with hotels – family vacations as a child, some nightmare business trip – will return to your consciousness, even as you consider the broader thesis posed by the curators about the hotel's role in society, history and cultural development.

Still, there may be reservations about whether an exhibition of this sort belongs in the Vancouver Art Gallery.

The exhibition is divided into four sections: Travel, Design, Social, and Culture.

The Travel section examines the development of the travel and tourism industry, demonstrating how it was not just driven by economics – but also geopolitical forces. Conrad Hilton promised "world peace through international trade and travel" as he fought the Red threat internationally with big, modernist buildings. The Russians countered with grand hotels of their own, choosing monumentalism over modernism.

(Conrad Hilton, Mad Men fans will recall, became a recurring, shadowy character on the show a few seasons back, as Don Draper tried to win the Hilton account for Sterling Cooper. Among the dozens of essays and interviews in the Grand Hotel catalogue is a conversation between Volland and Mad Men creator Matthew Weiner. "I like the idea that when someone checks into a hotel room, they can become someone else," Weiner tells her. "And that's similar to the character of Don.")

Still in the Travel section, a large gallery charts the emergence of on-the-way hotels. On one wall, the old Canadian Pacific (now Fairmont) Hotels create a sort of five-star railway map of Canada. Opposite, motels along Route 66 tell the American story. In the middle, films such as Bonnie and Clyde, Easy Rider and Thelma and Louise celebrate the road trip.

The Design section features 10 models of exemplary hotel designs, created by Vancouver's Goodweather studio. These are not replicas, but artistic interpretations. While Singapore's colonial Raffles hotel is intricately created from paper, Las Vegas's Flamingo Hilton is more suggestive – a modern, pink-tinged oasis in an interpretive desert. The Waldorf Astoria is built onto a Manhattan-shaped island; a historical map overlaid with a contemporary grid. The hotel itself is a collage of New Yorkers and important visitors – from Abraham Lincoln to Jerry Seinfeld. Jackson Pollock's paintings, Elvis Presley's mug shot, Roger Ebert, Frank Sinatra, even Waldo – they're all there. You'll want to linger.

The Social section looks at the hotel's impact on society, as both a vehicle and venue for protest and change. From politics to pants, this area touches on Richard Nixon's career-destroying episode at Washington's Watergate Hotel, and includes a photo of Katherine Hepburn wearing – gasp – slacks at Claridge's in London, where she took a stand against the hotel's policy on female attire in the lobby by entering through the staff entrance instead.

Not to be missed is Langston Hughes's searing 1931 parody of a Waldorf Astoria ad during the height of the Depression, published in the leftist journal The New Masses. "Listen Hungry Ones! Look! See what Vanity Fair says about the new Waldorf-Astoria: "All the luxuries of a private home. ..." Now, won't that be charming when the last flop-house has turned you down this winter? …"

You'll exit through renowned Dutch designer Richard Hutten's installation, inspired by the Japanese love-hotel phenomenon. Hutten has covered the floor and walls with colourful tape. In the centre of the room is a pile of mattresses, reminiscent of The Princess and the Pea.

Downstairs, the Culture section offers a broad survey of music, art, literature – all created in hotels. Sigmund Freud is said to have begun developing his dream interpretation theory in the café at Vienna's Hotel Imperial (where he would also, legend has it, hold sessions). Wagner worked on his Tannhauser opera in that same hotel. In Los Angeles, auditions were held for Rebel Without a Cause at the Chateau Marmont, the same hotel where members of Led Zeppelin famously rode their motorcycles through the lobby, and John Belushi died of an overdose. In New York, influential cultural figures such as Dorothy Parker gathered at the Algonquin Hotel for daily meetings, and came to be known as the Algonquin Round Table – and went on to found The New Yorker. Guests still receive a free copy of the magazine. And of course, the Chelsea Hotel was a haven for artists ranging from Andy Warhol to fashion designer Betsey Johnson.

"The hotel is an energetic, desperate haven for scores of gifted hustling children from every rung of the ladder," wrote former Chelsea resident Patti Smith in her memoir Just Kids.

"You always have a feeling in a hotel room that you are on the lam; and it's one of the safe moments in the escape, it's that breathing spot," said Leonard Cohen in a 1965 National Film Board documentary. "The hotel room is the oasis of the downtown; it's a kind of temple of refuge. It's sanctuary, sanctuary of a temporary kind, therefore all the more delicious." 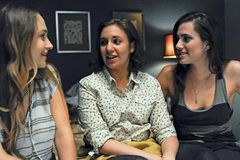 Canadian cities trying to redefine what it means to be an urban planner
July 6, 2012 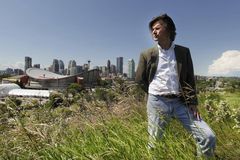 The city state: How urban design affects our health
January 21, 2013 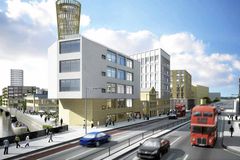