While planning a business trip to Edmonton, Loren Falkenberg rejected a cozy bed and breakfast that would have been perfectly acceptable, had she only been a man.

"I was arriving late at night and after 9:30. They don't have a reception desk – they leave a key in a lock box by the door. I asked myself, do I want to be standing alone on a dark street with my luggage, struggling to get my key out of a lock box?" says Dr. Falkenberg, associate dean of research at the Haskayne School of Business at the University of Calgary.

"I thought, nope, I'm not going there. But a man wouldn't have thought twice about that."

With women like Dr. Falkenberg making up the fastest growing segment of business travellers, more hotels are starting to catch on to ways of meeting their unique needs. Nearly 50 per cent of all business travellers were female in 2010, while a January of 2012 study by global travel technology group Amadeus estimates more than 4.5 million international business trips were made by women from the Asia Pacific region alone in 2011. As more women climb the corporate ladder, this number is expected to increase 400 per cent by 2030.

Safety, a major consideration, is just one of the four attributes women look for when choosing a hotel, along with comfort, empowerment and feeling valued, according to a 2011 research study by Cornell University's School of Hotel Administration.

And for women, feeling valued goes a long way beyond a couple of extra skirt hangers. Instead, hotels in the know include thoughtful touches such as fresh flowers and fruit bowls in the room, emergency kits of spare pantyhose and makeup remover.

While discerning travellers of both genders may appreciate fluffy bathrobes or glossy magazines, research shows such extras tend to matter more to women.

Richard Branson's new hospitality chain, Virgin Hotels, which opened its first location in Chicago this year, is courting female travellers with extra closet space, enhanced corridor lighting and larger showers with a bench to sit on for leg-shaving. Rooms are divided in half by a set of doors separating guests from room service or luggage deliveries, for an extra layer of security.

At The Benjamin Hotel in New York, a 24/7 in-house salon and spa allows guests to get their hair blown out at 6 a.m. before heading to an early breakfast meeting, or a last-minute nail polish change in the privacy of their guest home before going to the airport. The Federico Salon and Spa opened in December of 2012 after staff noticed a huge trend in female business travellers asking for referrals for quick beauty services.

Establishments such as the Georgian Court Hotel in Vancouver have ventured a step further with a ladies-only floor.

Security is an essential factor for female travellers, who often have more multiple-night stays than men and are more likely to incorporate leisure time at the end of their business trip, according to the Cornell study.

"We do so much planning around access to a free breakfast buffet or a pool, but if something should go wrong, who will you call and what are you going to do?" says Suzanne Garber, a Philadelphia-based senior executive who stays in hotels 150 nights a year.

"That's how I am fashioned to think. As a female travelling in certain parts of the world, I'm a target. We are very vulnerable when we're outside the comfort of our normal routines and the security of our families.

"Often you don't find information about security features in the written material – you'd have to call the hotel to inquire. Hotels that are marketing this, now that's smart of them."

Tips for female travellers from Penny Wise, the chief branding officer for 3M Co. who's frequently on the road:

– Ask to have your room changed if the door doesn't lock properly, or if your room number is called out loud by the staff.

– Take a business card from the hotel to give to your cab driver for the return home – this is especially important in countries where taxi drivers don't speak English. Take extra Ziploc bags to pack fruit or sandwiches from the hotel breakfast buffet, so that you're prepared during the day if you don't have time for lunch or don't like what's being served.

– Order sparkling water in hotels and restaurants as still water bottles could be filled in the back of the restaurant.

– Pack flip-flops or flat shoes to wear in the hotel room. 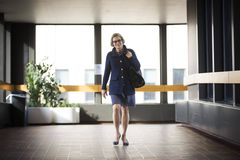 Stress can be extra baggage for business travellers
May 11, 2015 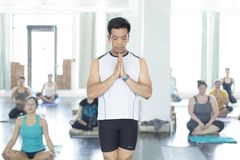