Fair warning to those travelling to Montreal on business: Just when you think you've figured this place out, it reveals another side of its personality. If the juxtaposition of its North American attitude with its distinctly European flair doesn't make you fall in love with this city, its contagious joie-de-vivre certainly will.

And, since a friend of mine mentioned he puts on weight every time he visits Montreal, I recommend that you leave the car at the hotel and go ahead on foot or by Metro (Montreal's rubber-tired subway system). It's also safer since many motorists here live up to their reputation as being, er…assertive.

Get a sense of the city's past and its transformation by exiting the Metro at Place d'Armes station and visiting Place d'Armes square between Notre-Dame and Saint-Jacques streets in Old Montreal, where modern buildings stand alongside structures such as Canada's first bank: the Bank of Montreal's head office at 119 Saint-Jacques. Cross the street to the Notre-Dame Basilica and you'll find another example of Montreal's blending of the old with the new: And Then There Was Light, presented inside the church, is a dazzling light and sound show that pays homage to the Basilica's cultural and artistic significance. With your visual senses overloaded, be sure that your taste buds don't feel ignored by going to Garde-Manger at 408 Saint-François-Xavier, where chef Chuck Hughes, star of the Food Network's Chuck's Day Off, will tantalize you with his creative comfort food: the lobster poutine is highly recommended, as are reservations. Cap off the night with stroll along de la Commune, where the view of the Old Port and the St. Lawrence River is a picturesque compliment to this nostalgic street, one of the oldest in Montreal.

Another recommended way to unwind from a day of work would be to visit Westmount Park, (near Lansdowne Ave. and de Maisonneuve Blvd., a short walk from Vendome metro, or a 10 minute cab-ride from downtown), an oasis that rivals Central Park, if not in size, then in charm. Exit on the northeast side and make your way east on Sherbrooke St. to peruse the wide array of shops: You'll find everything from art to children's toys, with less foot traffic than on other Montreal streets. Be sure to save some energy for a visit to the Montreal Museum of Fine Arts at 1339 Sherbrooke St. West. In celebration of their 150{+t}{+h} anniversary, the MMFA just unveiled a new pavilion of Quebec and Canadian Art. For dinner, avoid the downtown tourist traps by heading over to a hidden gem, La Maison de Cari at 1236 MacKay St., an intimate Indian restaurant with a variety of vegetarian options. For post-dinner fun, look no further than the Upstairs Jazz Bar and Grill at 1254 MacKay. Located in the basement (get it?), this cozy establishment features world-class musicians who play in a range of styles, from American songbook to blues to avant-garde jazz (consult the schedule at http://www.upstairsjazz.com/en/). Bonus: You won't have to strain to hear the music, as speaking while performers are on stage is prohibited.

And then there's Le Plateau-Mont-Royal (or just Le Plateau).

Begin your exploration of this eccentric part of town by taking the Metro to the Saint-Laurent station and walking, nay, running to get a smoked meat sandwich at Schwartz's (3895 Saint-Laurent), a delicatessen established in 1928, still so popular today it inspired a musical of the same name. Avoid the long lunch lines by going later in the afternoon. A slow, digestive walk on the whimsical, cobble-stoned Duluth Ave. will lead to Jeanne-Mance Park and Parc Ave., both at the foot of Montreal's namesake, Mount Royal. The ambience of Parc Ave. at dusk is the perfect entrée to dinner at Leméac, 1045 Laurier West, an understated, chic French restaurant on one of Montreal's most delightful streets (best bet: salmon tartar). Leave room for dessert though; you'll want to indulge at Juliette et Chocolat, 377 Laurier West, where their Grandma's Style hot chocolate always makes me weak in the knees. Have your nightcap at Baldwin Barmacie, 115 Laurier West, a lounge-y, apothecary-themed drinkery that offers its mixed-to-perfection cocktails in vintage medicine bottles.

Continuing north from the Plateau, you'll be in Mile End/Outremont (Metro Outremont); a neighbourhood whose artistic vibe will inspire you to do something a little different. In this case, that something should be getting your sweet fix first at Bilboquet, 1311 Bernard St. West, a colourful dessert shop that serves artisanal ice cream (but closes at 8 p.m. in the fall). Get a mini portion of maple taffy (big enough for a taste, but won't fill you up) and savour your treat while wandering through the quaint Saint-Viateur Park (corner of Bernard St. and Bloomfield Ave.). Make your way to Restaurant Thaïlande, 88 Bernard West, for one of their mouth-watering curries. A few steps away is the Whisky Café, at 5800 St-Laurent Blvd. A stop at this low-key, sleek bar that offers more than 150 scotch whiskies, a separate cigar lounge, and warm service is a dreamy way to end your evening in Montreal, la ville de mes rêves, a city with a surprise around every corner.

Top five after 5 in Montreal

5:30 p.m. Take a walk through the Underground City, hailed as the world's largest subterranean network that links restaurants, museums, theatres, and boutiques. Accessible via any Metro stop between Guy-Concordia and Beaudry, or between Lucien D'Allier and Champs-de-Mars.

7 p.m. Dine in Old Montreal at Garde-Manger (you've made a reservation) on St-Francois-Xavier, home of the creative comfort food of chef the Food Network's Chuck Hughes, including lobster poutine.

8:45 p.m. While in Old Montreal, walk along de la Commune Street to the Old Port. The river at night is magical.

9:30 p.m. Take the Metro to Guy/Concordia and walk a block east to the Upstairs Jazz Bar on MacKay St. between St. Catherine St. and Rene-Levesque Blvd. Take in a set and have a nightcap.

11 p.m. Jump in a cab, go to the lookout on Mount Royal and take in a panoramic view of the city's lights. 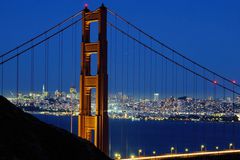 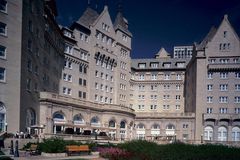 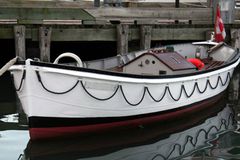 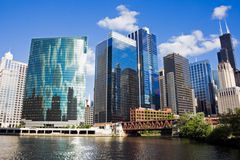 The 10 best cities for business meetings - and blowing off steam
January 3, 2011 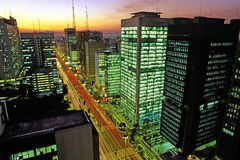 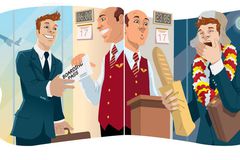 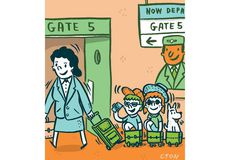 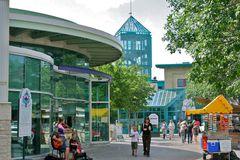 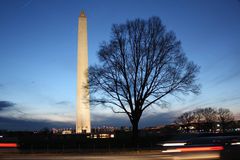