Fresh-cut flowers. Bathrooms as large as Roman temples. Curtains that make a room darker than an Ottoman prison. These are some of the ways first-rate hotels pamper their plutocrats.

But woe to the five-star property that ignores social media: The public pillorying is too great a risk. If a customer on TripAdvisor says her room is too cold, a hotel manager had better jump on that complaint with Jeeves-like dispatch.

Hoping to mine Twitter and Facebook, leading companies like Toronto-based Four Seasons retain analysts who both scour the Internet for real-time feedback and, in an effort to provide that oh-so-personal touch, glean information about their upcoming guests.

"You have to earn your stripes in the social media world, baby, or you're done for," said Bill Carroll, a senior lecturer at Cornell University's School of Hotel Administration. "The ground has shifted."

Last month, bestselling author Janine Driver (a.k.a. The Human Lie Detector), was the keynote speaker at a Nashville conference, and told the audience that the Loews Vanderbilt had gone on to her Facebook page, replicated a photo of her newborn baby and his older brother, framed it, and left it on her hotel nightstand. Ms. Driver raved about the experience. On her Facebook page, her baby was wearing a Loews onesie.

"Social media is a great tool for us to personalize their experience and make them feel special during their stay," said Loews spokeswoman Christina VerHeul, who added that the hotel tracked down the birthday of a guest through social media and put a cake in her room. The hotel also learned the hobby of an arriving celebrity and had a local store custom-design a Melin brand skate cap with a diamond in its bill.

Chekitan Dev, an associate professor at Cornell's hotel school, also receives unexpected bounty. An allergy sufferer, he breathed easier when The Breakers Palm Beach offered him a humidifier. New York's Carlyle Hotel placed initialled pillows on his childrens' beds. All this information, he said, was gleaned from the public domain. "There's no downside if this is done well," he said.

The prevailing wisdom in the industry is that guest information is already public on their Web pages and they appreciate the micropersonal touch. Others caution that taking information to improve a customer experience crosses a privacy tripwire: It's mildly creepy.

But the relationship with social media is critical, especially in building a relationship with millenials, the next generation of guests. A 2012 Four Seasons luxury-trend report found that 33 per cent of its guests rate TripAdvisor "very to extremely influential" in their selection of a luxury hotel. It also cites statistics that 92 per cent of Internet users read product reviews, and 89 per cent say reviews influence their booking decisions.

The reviews affect the bottom line. A 2012 Cornell study found that feedback on sites such as TripAdvisor and Travelocity impact room demand and can be responsible for rate swings of more than 10 per cent. Moreover, online reputation can dictate the rise and fall of revenue per available room (RevPAR) – the critical metric of the industry.

While experts stress that the trend is more relevant to three-star properties, upmarket hoteliers nonetheless retain aggregators to comb through, or "scrape," hundreds of thousands of reviews for the smallest tremors of social-media discontent. "We turn social insight into profitability," said ReviewPro's Barcelona-based CEO R.J. Friedlander, whose company works for the Kempinski Hotels, among others. His service can spot a gripe about the shabbiness of a rug or a backhanded barb such as "the room was very small, but well-decorated." For every 10 raves, he estimates, there is one complaint.

High-end hotels such as Four Seasons and The Ritz-Carlton are the Nadal and Federer of their class, deadlocked in the game of near-perfection. While most of their properties score in the high-80s to low-90s of the Global Review Index – ReviewPro's consumer report scorecard – every little stroke toward 100 per cent counts.

"We have a 24-7-hour monitoring system," said Sorya Ingrid Gaulin, Four Seasons' director of social media and publicity, adding that its hotels have marching orders to respond to complaints within four hours.

On the proactive side, the Four Seasons website posts TripAdvisor reviews (albeit snippets that are uniformly positive), and also uses Revinate to find new customers through keywords and geo-targeting.

"The power has shifted, and we've lost control of our reputation," said Daniel Edward Craig, who runs Reknown, a Vancouver consultancy that works with ReviewPro and TripAdvisor on reputation management. "But there is a lot we can do to regain that control."

Also a published crime novelist, Mr. Craig is no stranger to online criticism. "Now I feel like I get it on both ends," he said. 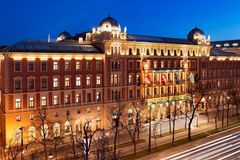 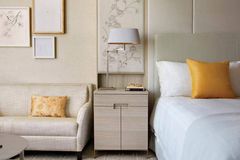