With hindsight, I can see I had no idea what I was jumping into when I accepted the invitation to write this weekly column for The Globe. I figured I could dash it off in airport terminals, where a delayed flight might mean the bonus of nailing two in one day.

Now, 51 question-and-answer columns later, I'm reflecting on my one-year anniversary. And it hasn't been anything like I imagined.

Finding apposite experts – from locals au fait with Prague's hidden highlights to authors keen to encourage family hiking – takes longer than I anticipated. And I now realize what a slow writer I am: too long spent obsessively rereading sentences everyone else sensibly scans in microseconds.

But while it's been more consuming than I envisaged, it's also been way more fun – and a lot more enlightening.

Page views indicate that one type of question has proved especially popular this year: those about how we travel rather than just where we travel. Among the most-read columns were tips on solo travel, ethical volunteering, Airbnb (both how to rent and how to let your own property) and holidaying with infants without losing your mind.

The experts I've roped-in – here's my tip of the hat to all who've generously given their time – have routinely offered great insights on their topics. But I haven't always used outside authorities: I loftily appointed myself the oracle of all knowledge on some questions – usually related to beer, London or Doctor Who.

Deep in nerd territory, the latter was one of my favourite columns. I also enjoyed hearing from a seriously dedicated Dublin pub expert and from a British comedian with insider Edinburgh Fringe tips. There was also Vancouver chocolate guru Eagranie Yuh's lip-smacking travel suggestions, while those of a more savoury disposition nibbled on a later column on cheese trips.

I tried to mine my own experiences as much as possible. I hazily recalled past New Year's Eve shenanigans for a column on Dec. 31 party cities, and – while on the road in May – I checked out cool New York bookshops for a question on the city's best bookworm haunts.

But my most eye-opening on-the-road entry took me to Christchurch, the New Zealand city slowly rebuilding after devastating earthquakes. Reinventing itself among piles of swept-up rubble, it's become – in my opinion – a must-see destination. I visited in November and haven't stopped thinking about it.

The year's main surprise, though, has been the enthusiastic Twitter engagement. Every week, I ask @johnleewriter followers for tips on questions I'm tackling. There's always pithy advice from the likes of @reidontravel, @smallandhungry, @Tours_By_Locals and @ryanvb to name just a few. Some tips appear in print, but almost all run with the column online.

Please keep 'em coming! I love the Twitter interaction. And I'd love to hear more of the questions you'd like me to answer in 2014. I'll wrestle with as many as I can and – with any luck – we'll uncover some handy insights to help us all travel smarter. For now, though, thanks for reading and here's to a great year of tripping ahead.

Finally, if you spot me in an airport hunched over my laptop, stop and say hello. I should warn you that – despite the photo above – I accrued a feral-looking beard in 2013, giving me the appearance of a wild-eyed Robinson Crusoe. Which, after a busy year writing this travel column, seems entirely appropriate.

NEXT WEEK: "Where I can work off my holiday belly with some running or hiking. Any creative suggestions?" Send your ideas and other travel questions to concierge@globeandmail.com. 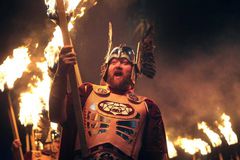 Ever been to Frostival? Check out Canada’s best winter parties
November 15, 2013 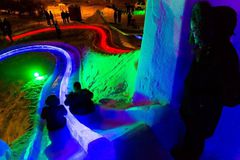 Are airport lounges worth the price?
December 20, 2013 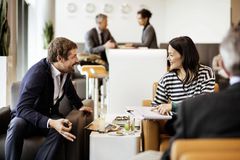