For a mere $40 a night, visitors to Montreal can book a room in a trendy, art-filled loft not far from the city's Old Port. The apartment's tenant, Alan Ganev, will sleep on the couch.

For double that price, you can have Ganev's place all to yourself, and he'll spend the night at his girlfriend's.

These are just two of the options on offer at Airbnb, a fast-growing website that advertises short-term accommodation in homes and apartments around the world. There are thousands of places up for grabs in Montreal alone.

Ganev has hosted more than 60 people in the past year and a half. He said the benefits go far beyond helping to pay the bills.

"I've been able to meet so many wonderful people from all parts of the world," he said. "I truly have an honest connection with them, and I learn a lot from them."

However the Quebec government is trying to crack down on such rentals.

A spokeswoman for Tourisme Quebec says the province is investigating 2,000 people for renting out their homes for short-term stays without a permit.

Residents aren't allowed to advertise online or rent out their apartment on a regular basis, for fewer than 31 days, without registering and paying a $250 fee.

"The law and regulations on tourist establishments is clear on the subject," Asselin told the radio station. The goal, she said, is to ensure the safety of visitors to the province.

Tourisme Quebec could not be reached for comment on the weekend.

Quebec isn't the only jurisdiction that has taken steps against home rentals.

A New York judge ruled last week that a man who rented out his apartment on Airbnb broke the law because he rented it for fewer than 30 days and wasn't home while the tourist occupied it. He was ordered to pay a $2,400 penalty.

Those who don't comply with the rules in Quebec also face fines.

When asked about the situation in Quebec, a spokesman for Airbnb referred The Canadian Press to a statement posted to the company's website.

"When deciding whether to become an Airbnb host, it's important for you to understand how the laws work in your city," the statement reads in part.

"We are working with governments around the world to clarify these rules so that everyone has a clear understanding of what the laws are."

Nick Papas, the spokesman, didn't say whether Airbnb is facing any difficulties in other provinces.

Business groups like Montreal's Bed and Breakfast Association have been pushing for the government to crackdown on home rentals for years.

Patryck Thenevard, who heads the association and runs Atmosphere, a bed and breakfast not far from Montreal's downtown, said the hospitality industry is suffering.

He isn't convinced the government's tough talk will lead to any changes.

"In reality, there is nothing that's happening (in terms of a crackdown)," Thenevard said in an interview.

In Montreal, there are 102 registered bed and breakfasts and homes certified for short-term rentals, compared with 3,000 unregistered ones, Thenevard said. He said the "black market" for rentals continues to grow while the number of official bed and breakfasts is on the decline.

Taxes, insurance and the registration fees required by bed and breakfasts make it difficult to compete against those renting out a room in their apartment, he said.

The increased popularity of home rental sites like Airbnb is part of a growing trend of peer-to-peer sharing schemes, the most popular of which include car-rental and bike services.

Jurisdictions across North America are struggling to figure out how to deal with such services, said Arun Sundararajan, a professor at New York University's Stern School of Business and an expert on digital economics.

Sundararajan said the market tends to regulates itself when it comes to such things like apartment rentals, thanks to online reviews and measures put in place by sites like Airbnb.

He said local governments also have a role to ensure products are safe and customers aren't getting bilked.

In the end, though, he said the explosion of innovation and entrepreneurship coming from these new arrangements ends up benefiting consumers.

"If you look at the history at the technological progress, any time there is a technology that makes things more efficient, eventually it has a positive impact on the economy." 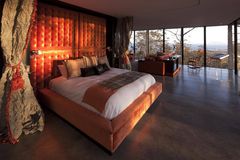 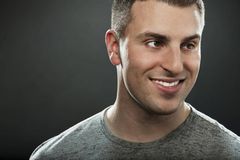 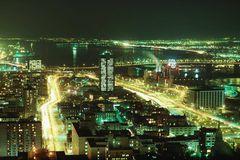