"Try some crickets," Derrik Chinn says, holding out a little baggie filled with grillos seasoned with chili and lime juice. They're good, in a crispy-anchovy kind of way. Even my 12-year-old, weird-food-averse daughter, Avery, dips her fingers into the snack bag for seconds.

We're wandering through the Mercado Miguel Hidalgo in Tijuana's Zona Rio, a fashionable neighbourhood known for its shopping and restaurants. Chinn, our American-born guide, is pointing out the local flavours. He grew up in Ohio but moved to Tijuana – a.k.a. T.J. – in 2007; two years later, he started Turista Libre Tours, a company that shows tourists there's more to this Mexican border town than nightclubs and cheap tequila.

We move on from insects to sample sweet jackfruit that peels from its pod in a silky clump. We try jicama, a taproot veggie that tastes like water chestnuts, and small fruits called nance that look like yellow cherry tomatoes and taste like ricotta cheese. Everyone's favourite is honey straight from the comb. We spread it on to fresh flour tortillas and create makeshift sopapillas, which are triangles of fried flat bread filled with honey.

"There are so many things here I never imagined," Avery says, in awe over buckets of gummy candies dusted with spices and baskets overflowing with cactus, dried poblano peppers and huitlacoche, a fungus that grows on ears of corn.

I attended university in nearby San Diego in the early 1990s. Back then, underage co-eds used T.J. the way flappers relied on speakeasies during prohibition – for booze. (In fact, tourism to Tijuana began during prohibition, with the arrival of thirsty Americans, so it's little wonder the focus was on drinking establishments.)

We'd caravan the 30 kilometres south to the border, walk over a pedestrian bridge into Mexico and catch a cab to Avenida Revolucion, the party zone. We bar hopped, consumed way too many Coronas and tequila poppers and danced into the wee hours.

University students largely ceased this weekend ritual in 2008, when the city made headlines due to warring factions within the Tijuana Cartel and the associated violence: There were a record 844 homicides that year in Mexico's fastest-growing and fourth-largest city.

In some ways the drop in tourism helped the city develop organically. When the tourist flow slowed to a trickle, businesses opened that cater to locals, Chinn says. At the same time, the city's culinary scene was taking off. Now, the party strip has craft breweries and tasting rooms, restaurants and indie-movie houses, alongside bars and nightclubs.

Chinn started bringing curious travellers across the border the following year, in 2009, on guided tours. He had fallen in love with Tijuana and felt it was safe for visitors so long as they steered clear of illicit activities such as drugs and prostitution. He wanted to share its daytime charms, from the historic statues that command the centre of the city's traffic circles, to the impressive Bullring by the Sea, the world's third-largest bullring that still hosts regular fights.

"And I was tired of hearing people say bad things about a city they didn't know," he adds.

Some less-than-choice words come to mind other than dangerous: dirty, run-down, poor. Manicured, T.J. is not. It's still rough around the edges, with visible trash in the street gutters, rubble piled in vacant lots, rebar poking up from the rooftops of unfinished buildings and streets and sidewalks in need of some TLC. But, as we find out, once you get past those superficialities, the city offers a fresh window into the country's culture and cuisine.

"It's getting beyond that mask to see the quirky, complex side of Tijuana," Chinn says.

That complexity reveals itself during a stop in Playas de Tijuana. There, the border fence that divides Mexico from the United States comes to a abrupt halt about 100 metres into the Pacific Ocean.

Construction on the first fence, a relative lightweight that was just two to three metres high, began in 1989 and stretched 74 kilometres east. A second fence that was 21 kilometres long but higher, averaging five metres, went up in 1996. Finally, a heavy-duty tertiary layer was added in 2012 in busy spots, including between Playas de Tijuana and San Diego's Friendship Park across the border.

Local artists have painted messages of hope and solidarity on this newest wall's steel beams. "No Walls!!" shouts out one mural with a butterfly rising to the sky. "Love Trumps Hate," another declares.

Peering north through the wall's slats, I see San Diego in the distance, facing away from its southern neighbour. I'm struck by a memory of one of the gorillas at the San Diego Zoo the day prior. He sat with his back to the glass enclosure and refused to acknowledge or interact with the humans who had come to see him. Families posed for pictures next to the glass and the ape never even offered a backward glance.

At Playas de Tijuana, Mexicans journey here to have their picture taken with the fence and the United States as a backdrop. They (metaphorically) look north, while the United States, like the gorilla, seemingly sits with its back to them. It's a surreal and sad experience, and Chinn reminds us that by stepping foot over the U.S.-Mexico border, we've actually travelled thousands of kilometres in what he calls "cultural distance."

Our last stop is Telefonica Gastro Park, a collection of 15 food trucks and vendors set up in a shady courtyard in the Zona Centro downtown. Many of the chefs are graduates of the local Culinary Arts School and we indulge in nopal and panela (cactus and grilled-cheese) tacos, traditional fish tacos and Korean-style pork tacos sprinkled with crushed peanuts. Beer from some of the city's 40 independent brewers is also available and I sample a Tiniebla Insurgente, which is like a Belgian-style wheat beer. Everything is delicious, and nothing like the greasy street dogs I gobbled down after exiting nightclubs in the nineties.

At the end of the day, when Chinn drops us off to make our own way back through customs and immigration at the world's busiest border crossing, I realize this is the longest I've ever been in T.J. In six hours, I've seen more of the city than during four years of university.

I've seen it with wiser, less blurry eyes, and gained a new appreciation for crickets, cacti and corn fungus, and a better understanding of the differences – and fences – that divide us.

Turista Libre offers regular tours to Tijuana to visit the city's markets, museums, breweries and sporting events. The writer was a guest of Turista Libre. It did not read or approve this article. turistalibre.com

Considering a trip to Belize? Here’s what you should know about safety
May 3, 2017
The many unique beaches of Mexico’s Banderas Bay
November 21, 2016 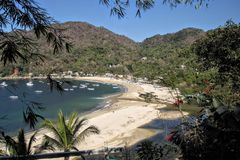 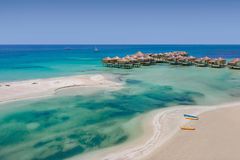