Skip to main content
KARAN SMITH
Special to The Globe and Mail
Published May 5, 2014

In San Francisco, a once-overlooked and hard-working bridge has become a work of art since its inception over a year ago. By night, the city's Bay Bridge transforms into a canvas of light with thousands of pulsating LEDs strung from its suspender cables. "We're trying to shake up what people think is possible about public art. It's a metaphor for what's possible for us as society," Ben Davis, the chief executive officer of Illuminate the Arts and one of the key proponents behind the installation, says. "The Bay Lights is proof positive that impossible ideas can happen."

The installation, by light artist Leo Villareal, is due to remain in place until 2015, but efforts are now under way to keep it up for another decade. Here, Davis an artist himself among many other titles, shares five other stops in San Francisco that travellers shouldn't overlook. 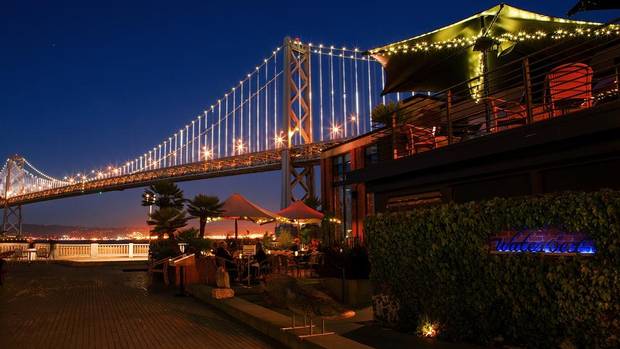 “Of the many extraordinary places to take in the Bay Lights, my favourite is the bar at Waterbar. It’s a cocktail bar and seafood restaurant located at the foot of the Bay Bridge. It’s posh but worth it. There is a way that the architecture frames the Bay Lights that lets you experience both the expanse of the work, as well as the granularity of the cables that is breathtaking.” waterbarsf.com 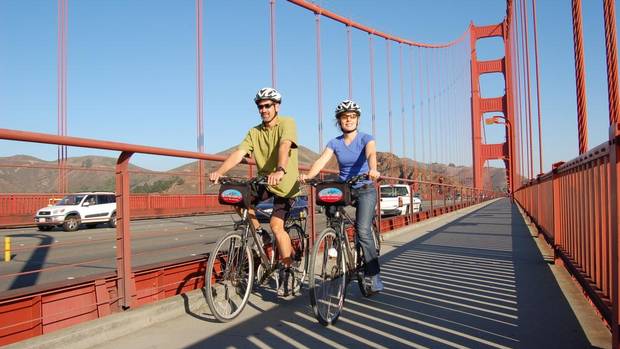 “There’s something magical about making your way across the Golden Gate Bridge on a bicycle. It’s a miraculous piece of architecture. The ability to ride across it, to put your hand on the towers, to see the sweep of the cables moving along next to you and to experience the colour of the bridge up close, to witness the view of the city, Alcatraz, Angel Island, Mount Diablo – all of those things in one sweeping view – is extraordinary. It creates a sense of awe and terror and beauty that you cannot help but feel right to the core of your being.” 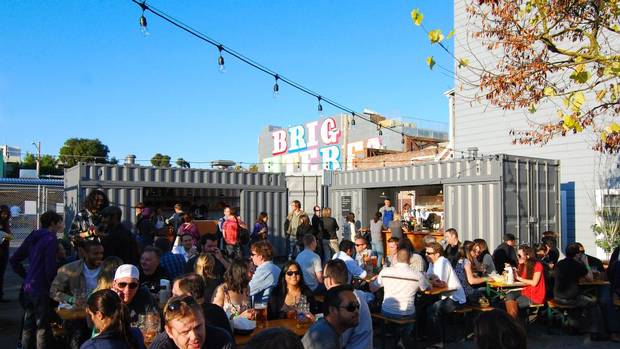 “In a neighbourhood called Hayes Valley, there is a development called PROXY, which repurposes shipping containers as stores, but in a really beautiful way. There is everything from coffee and ice cream and a beer garden to clothing stores. It is set in the context of a park, with public art and shared communal space. A freeway used to run through the heart of Hayes Valley. It’s amazing what happens when you remove something and new growth comes into an urban environment.” proxysf.net 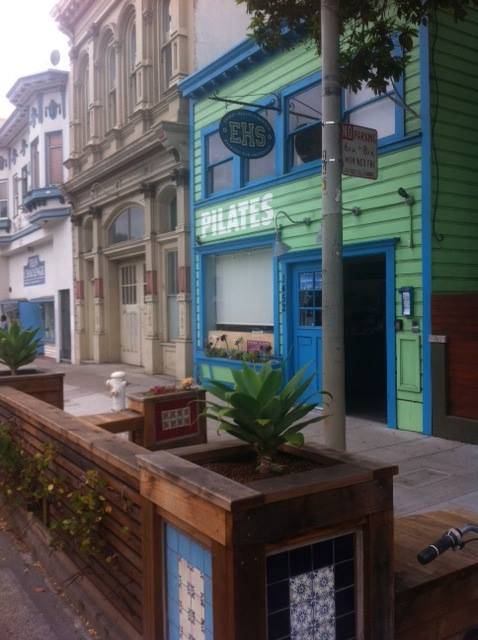 “On a sunny day I love to walk the length of Valencia Street. It’s full of human energy. Some people might suggest that gentrification is a challenge here in San Francisco, and it is. Yet Valencia Street has transformed from a route of passage to a destination. Ten years ago, it got some of our city’s first bike lanes. Ceding car traffic lanes to bicycles was highly contentious at the time. There was great concern among merchants that it would destroy the retail environment. The reality is it’s been vastly different. The street has never been more vibrant.”  Start at 24th and Valencia, and walk north. 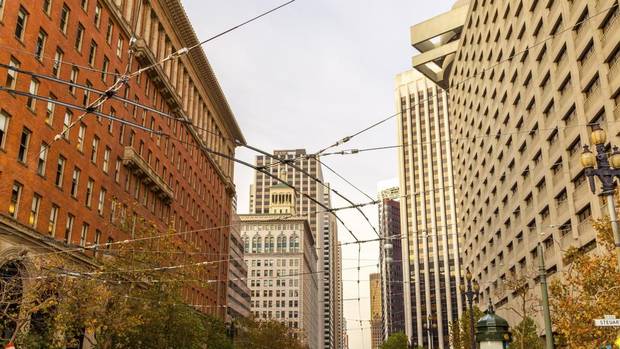 “This one is a little bit of a surprise pick. It’s considered by many to be San Francisco’s most challenged neighbourhood with entrenched issues around poverty and homeless. You’ll meet a lot characters who spend much of their time on the street. At the same time, it is a street that is changing, hopefully not by displacing people, but by bringing new people and a greater sense of energy. It’s become a new sort of Silicon Alley: Twitter has moved their headquarters there, as have Square, Spotify, Dolby and others. It’s the area you’ll experience the greatest sense of change.” Between Van Ness Avenue and 5th Street