Let's begin with the bad news: There is not a single square inch of beach to be found on the tropical island of Saba (pronounced SAY-buh).

Actually, that's good news too, for if there was a beach on this forlorn, jungle-choked volcanic crag that rises in near complete isolation on the eastern prow of the Caribbean chain, it would undoubtedly have gone the way of its neighbours (and arguably the entire West Indies, with the possible exception of Cuba) and become a crowded jumble of all-inclusive mega-resorts. Rather, atop this forgotten spec of green land – which provided the mythic silhouette for Skull Island in the original King Kong – a rare fairy tale endures.

After a 10-minute flight from nearby St. Martin, our Twin Otter made a stirring touchdown on a postage-stamp size runway, shoehorned between cliff and sea. I'd come to the former Dutch protectorate for the adventure – Saba boasts world-class diving and extensive hiking – but the sleepy, Old World nature of the tiny islet was immediate and unmistakable. Beyond Immigration (little more than a lemonade stand with a hand-painted welcome in Dutch), three taxi drivers were playing backgammon. That's 30 per cent of the Saban fleet.

Eddy stood and welcomed me warmly. "Thank you for visiting Saba, son. Thank you." His accent was almost Barbadian, but with his mix of auburn and grey hair, and a ruddy complexion, he looked like a well-tanned Irishman – which fairly describes half the Saban population, the progeny of buccaneers and settlers who landed here in the early 1600s. The other half are the dark-skinned descendants of slaves. Today, everyone is related to everyone else, but local legend holds that anyone able to untangle the entire island's genealogy will go insane in the same breath.

As the tangerine sun set over a vast sea, Eddy revved his engine and slammed the minivan into gear, lurching up the island's only road. This tortuous switchbacking route, which connects Saba's four small settlements, was deemed impossible to construct by European engineers. Undeterred, locals began carving it out by hand in 1938, and completed the massive undertaking 25 years later. Regularly exceeding 20 per cent gradient, it would strike fear into the heart of Tour de France riders.

"No addresses or street numbers here," Eddy noted. "The road doesn't even have a name. Just send a letter to Eddy, on Saba, and I'll get it."

Does he know every person living on the island?

Past quaint bungalows we climbed and on through the sleepy settlements of Hells Gate and Windwardside. Every single building – from churches to cottages to the former governor's residence and occasional stores – is identical: whitewashed walls with red tin roofs and green shutters.

Everyone we passed, whether strolling along the road or leaning against open doors, waved earnestly. I didn't spy a single franchise or trinket shop. The largest hotel on Saba has only 12 rooms.

"Most people come to the Caribbean in need of escape," Eddy mused. "But the odd thing is, they bring the ways of home with them."

We drove on in silence, serenaded by a symphony of tree frogs, cool evening air washing through the car windows.

"Did you notice?" Eddy asked abruptly. "Not a single mosquito!" There is no standing water anywhere on the steep volcanic cone, and after residents stocked their cisterns with guppies, Eddy explains, the last mosquitoes vanished.

Fifteen minutes later, we arrive at the Queen's Garden Resort. In typical Saban fashion, the owners, a young Dutch couple, were waiting on the driveway to welcome me. Eddy had somehow telepathically alerted them (or perhaps it was via surreptitious text) that my luggage did not arrive, and I found toiletries and fresh pyjamas waiting by the bedside. The view – across a darkening ocean and framed by steep, verdant peaks – was more Tahitian than Caribbean.

Jungle James was waiting for me the next morning, with a machete on his waist and freshly polished British military hiking boots. Forty-six years ago, as a teenager, he began leading curious tourists to Saba's remote sulphur mines, and has been wandering the island's hillsides ever since. With 16 well-maintained trails (stretching over more than 32 kilometres), hiking is a major draw. Routes navigate everything from crystal clear tidal pools and arid shoreline brush to cloud forests cloaking the summit of Mount Scenery, which at 877 metres is the highest point in the Netherlands.

The first spots of rain were landing as we set off, and within minutes, drizzle turned to downpour. But it was a warm rain, and as I was stuck in the same set of clothes for the third straight day, I reasoned at least they were getting a rinse.

Elephant ears, an immense broad-leafed tropical plant, clogged the understory. Wild lemons and bananas hung overhead, asking to be picked. Steadily climbing, we entered stands of soaring mountain mahogany. The island's high peaks trap passing clouds, leaving the soil in these upper forests perpetually waterlogged, and the trees, which grow unusually tall for the Caribbean, are draped in bromeliads, epiphytes and moss.

The deluge lasts three hours. The trails become rivers; twigs and leaves sweep past our feet. At last, we reach the village of Windwardside, and stick out our thumbs.

Hitchhiking is common on Saba, and perfectly safe. It is a habit most tourists quickly pick up, James notes. Soon, a tiny car squeals to a halt. The young man driving looks and sounds oddly familiar. He's from Windsor, Ont., it turns out, and is attending med school. On Saba?

Saba University School of Medicine, the pride it seems of every islander, was founded 15 years ago by local doctor Jack Buchanan. It is something of a miracle. The 400 students (currently more than 70 per cent Canadian) live with local families, and contribute an estimated $4-million (U.S.) a year to the Saban economy, eliminating pressure to lure resort hotels or cruise ships to the shores.

Below the surface of the clean Caribbean Sea, Saba drops away precipitously, making for sublime diving. The island is routinely ranked among the top scuba destinations in the world. Most notable are a series of volcanic pinnacles that rise from the abyss, offering brilliant corals, sponge-encrusted walls and the chance to see rare passing fish, including jacks, groupers and sharks. With only three small operators, and 30 established dive sites, it's easy to avoid a common Caribbean curse: jostling dive boats and underwater traffic jams.

As we motored from the small harbour at Fort Bay, men on fishing boats tossed scraps of bait overboard. Immense tarpon exploded upward like shimmering logs, snatching the morsels before they hit the water.

"Big Mike," a bald and leathery American who has lived on Saba for 15 years, briefs us on each of the day's three dives. It takes me hours to pry from the understated man that with more than 40,000 dives, he ranks among the world's most experienced scuba instructors. And it takes days to discover his former clients include Fidel Castro ("the most charming and charismatic man I've ever met"), Bo Derek ("as you can imagine, that was an enjoyable experience"), Bill Gates ("I had lunch on his yacht, and he was just one of the guys") and John Grisham ("We dove together in the Caymans, right after his first book came out. It had flopped, and he spent the entire holiday fretting whether he should write again").

Slipping into turquoise waters, Mike and I descend into the depths, aware only of our rhythmic breathing, bodies rising and falling, ever so slightly, with the swell and exhale of our lungs. A school of meaty tarpon floats past. Two turtles – a hawksbill and a green – swim close, sniffing our masks and tanks. Schools of reef fish flit amid the staghorn coral. A cleaner shrimp services a parrotfish, and is also happy to manicure fingernails poked close by. We linger with our hands buried deep in thermal sand, an underwater hot spring fuelled by the island's volcanic core.

Mike moves gracefully down the reef, without the slightest unnecessary movement, except when he sees a particularly large or noteworthy fish slipping away into the big blue. Then he waves like a schoolboy bidding farewell to mom. Back on the surface, he philosophizes: "Down there, everything has a place, a reason and a purpose. I want to tell them all: Stay down here. The surface is not all it's cracked up to be. We've messed most of it up royally."

Saba, though, seems unspoiled. Writing about "untouched" spots always poses an ethical dilemma for, ironically, raising awareness may ultimately destroy the area's precious isolation. Such worries are unfounded with Saba. The island is naturally protected by sheer cliffs, it lacks a proper harbour and the tiny airport can handle only the smallest planes. More significantly, Saba isn't for everyone. But for those self-sufficient types, weary of the modern Caribbean's ostentatious tone, the island's quaint towns, quiet trails and uncrowded waters just might be paradise.

Wake up with a wild boar in the Mergui Archipelago
April 15, 2011 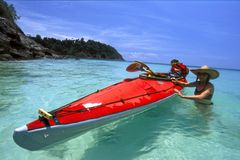 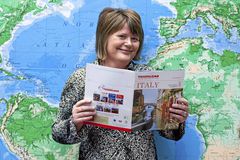 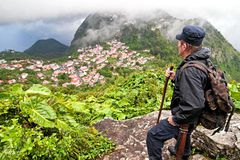 Take just the basics when you travel (especially when they're this cool)
November 25, 2011 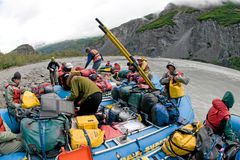