The deliberate crash of a Germanwings flight in the French Alps last week set off alarm bells with many airline customers. Airlines and governments around the world, including Canada, immediately brought in rules to require two people in the flight deck at all times.

It is probably an improvement, but some travellers remain uneasy about low-cost carriers (December's AirAsia crash is still a recent memory).

Consumers are naturally attracted to the cheaper prices of airlines such as Germanwings, Ireland's Ryanair and Florida-based Spirit Airlines, which flies a number of Canadians to the sunny south each winter. In fact, by some estimates low-cost carriers now account for about one-quarter of all flights around the world. The question is: Are they safe?

The experts say yes. Quite safe.

Low-cost airlines in most of the world "have to follow the same rigorous regimes and have the same regulatory oversight" as other airlines, said Robert Kokonis, president and managing director of AirTrav Inc., a Toronto-based firm.

"Throughout what you might call the civilized world, these airlines are among the safest out there," Kokonis said in an interview. Before last week's crash, "Germanwings had an exemplary safety record."

Kokonis said an airline becomes a low-cost carrier "by being more efficient and flying one type of plane, like … Ryanair, or by having a pilot help tidy the cabin or using a check-in agent at the gate. They cut down on administrative overhead or on meals. That's what makes them low-cost, not cutting corners on maintenance."

According to the latest safety ratings from the Jet Airliner Crash Data and Evaluation Centre in Germany, the world's safest major airlines are Cathay Pacific (Hong Kong), Emirates, EVA Air (Taiwan) and Air Canada. WestJet was rated 19th in the world, above American airlines United (30th) and Delta (26th). European low-cost carrier EasyJet was rated 22nd, while Ryanair was in the 32nd spot. (Spirit did not receive a ranking as it was not listed in the top 60 largest airlines in the world.)

"When you pay less at a budget airline, you do get what you pay for – it's just less in terms of frills and customer service, not less in terms of safety," aviation expert Max Leitschuh told the International Business Times. "Any airline anywhere in the world knows that crashes or a reputation for poor safety is bad for business. That reputation will lose an airline far more money than it would [gain] by cutting corners on safety," said Leitschuh, a transportation analyst for iJET International.

While Kokonis has no qualms about low-cost carriers in Europe or North America, he noted that standards and regulatory oversight are not as rigorous in Southeast Asia, where population growth and a burgeoning middle class have prompted a huge demand for low-cost air travel from the likes of Indonesia-based Lion Air and AirAsia.

The five major airlines with the worst ratings from JACDEC were Garuda Indonesia, Malaysia Airlines (we know about their problems), Air India, China Airlines and Lion Air – all Asian-based airlines.

Here in Canada, WestJet advertises itself as "low-cost" but acts in many ways like a full-service carrier; Air Canada rouge advertises cheaper fares but describes itself as a "leisure" carrier versus "low-cost."

WestJet has been flying since 1996 and has never had a fatality, spokesman Robert Palmer said in an e-mail. The airline's training processes and procedures "are regulated by Transport Canada and are similar to other carriers," and pilots "undergo comprehensive annual medical examinations which are set by Transport Canada and include a mental health component."

Air Canada rouge is a relative new kid on the flying block, but has not experienced an accident since beginning operations in July, 2013, said Renee Smith-Valade, vice-president of customer experience.

"All Air Canada rouge pilots are all members of the Air Canada Pilots Association and undergo the same standard of training and screening as pilots operating Air Canada flights," Smith-Valade added. "With respect to the well-being of pilots, Air Canada adheres to Canadian Aviation Regulations and ICAO [International Civil Aviation Organization] recommended standards and practices."

So if you're having second thoughts about that cheap ticket, remember: Price is no guarantee of safety, either. After all, the most recent Canadian air accident, which occurred when an Airbus A320 skidded across a runway in Halifax last weekend, was a full-service Air Canada flight.

Jim Byers is a travel journalist who knows the industry inside and out. 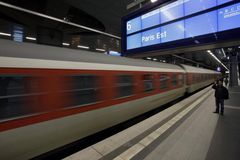