In the deserts of Arabia, the Bedouin use the word inshallah (god willing) whenever they talk of future events. If I were to say, "Let's ride the camels this afternoon," and not close with inshallah, my companions would instinctively mutter it for me. Somehow the word captured beautifully a sense of humility; a recognition of our inability to dictate what tomorrow holds. It has been a decade since I travelled with the Bedouin, but inshallah stays with me, and I use it regularly.

Of all the gifts and keepsakes one returns with from abroad, words are often the most lasting, and the most meaningful. Words have the power to return us, in our minds at least, to the voyage on which we first learned them. Especially words that express a concept foreign to our life at home; words that fill a hole in our lexicon.

Being ensconced in one of the richest tongues (containing more than a million words, by some estimates) and the most universal ( Coke, hello and okay are the three most widely recognized words on the planet), it is common for English speakers to assume we can say anything. Why couldn't we?

But voids, or little linguistic black holes, exist in every language. Just ask the Mongols. Herders on that unforgiving steppe have long favoured a diet of all mutton all the time. (Except during the summer, when they prefer all milk all the time.) Until recently, Mongolians used the same word to describe both "grass" and "vegetables."

One can often express a missing concept though a combination of other words, but this approach is always cumbersome. Imagine, in an Ulan Bator restaurant, ordering a plate of tubers, bulbs, stems, leaves, seeds, roots and other organic edibles. Better off just to ask for grass and see what comes.

Thankfully, the same forces that create voids in one language simultaneously produces diamonds in others.

Despite the modest size of the Swedish dictionary - a small fraction of the English heft at a mere 60,000 words - the Swedes possess two words, or concepts, for which there simply are no match in our tongue.

The first, ombudsman, has already been absorbed into everyday speech to such extent that many assume it is English. The second word, lagom, has never found its way across the Atlantic.

The concept originates in Viking times, when beer travelled around a ship's table in a brimming horn, passed down one side of the table and up the other. Every crew member - from senior officers to lowly rowers - had the "right" to a different ration, or gulp, of beer, according to his rank.

When the horn finally reached the head of the table and was passed into the hands of the captain, exactly his portion was expected to be there; no more, no less. (Or at least the crew hoped.) This would be dispatched in a single beard-drenching glug, and the meal would proceed. (Note: I'm not sure why the captain had to suffer the entire crew's backwash, but that's another topic.)

This feat required a delicate, co-operative balance, and to accomplish it successfully, every Viking had to take lagom, or exactly their portion. Just the right amount.

Lagom offers a glimpse at the deeply held Swedish belief of moderation, and from discussions of business to mothers lecturing young children at a licorice store, you'll frequently hear " Ta lagom" ("Take just what is right!").

In English, we simply can't express the same at concept as concisely or poetically.

And what of the Hawaiian greeting aloha. The word itself evokes visions of mai tais, floral shirts and a long-haired Sean Penn as drugged-out Spicoli - but its deeper complexities are often missed.

Ha - meaning "the breath of life" - is a fundamental concept in Hawaiian culture. For millennia, islanders greeted one another by touching foreheads, alternatively exhaling and inhaling, sharing the sacred breath of life that is in us all.

Captain Cook, who in 1779 became the first European to visit the islands, forever cemented the popular Hawaiian invective ha'ole (literally: "one without the breath of life," or colloquially: foreigner) into modern nomenclature, when he failed to return King Kalani'opu'u's breath.

Aloha is the foil to ha'ole, meaning "may the breath of life run strong in you."

Words will never sit on a shelf alongside other trophies of your journeys, yet they endure as a stronger reminder of the road. They can stir a remembrance of the breath of travel, which, come to think of it, is a concept we still need a word for.

Bruce Kirkby is a best-selling author. 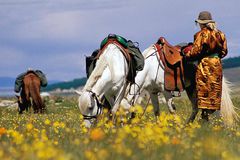 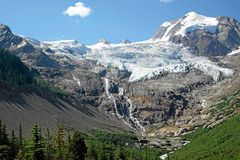 From Mimico Creek to the Nile, adventure is not dead
October 22, 2010 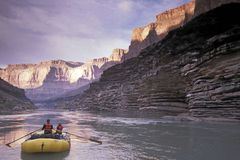 The airline security emperors have no clothes
November 5, 2010 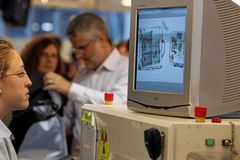