For the first time in more than a century, tour boats not named Maid of the Mist are sailing from the Canadian side to the frothy foot of the country's most famous cascade.

But old habits die hard. Several locals don't miss a beat when asked for directions to the Maid of the Mist, even though they all know about Hornblower Canada Co.'s new 700-passenger catamarans, Niagara Thunder and Niagara Wonder.

"When you're asked about the Maid 50 times a day, you just smile and point in the right direction," explains parking attendant Russell Grant.

"Mentioning Hornblower just confuses things," he adds, since the Maid of the Mist still sails from the U.S. side of the Niagara gorge.

Only a staffer at the Niagara Parks Welcome Centre notes the change in cruise company.

As reported in The Globe and Mail, Hornblower was one of six companies involved in a competitive bidding ordered by the Ontario government in 2010 after the Niagara Parks Commission (NPC) awarded a 25-year lease extension to U.S.-owned Maid of the Mist Steamboat Co., without inviting rival bids. The subsequent scandal, also fuelled by evidence of improper expense claims by NPC executives, culminated in a police investigation.

The good news for the commission: The Hornblower deal, which was struck in 2012, is expected to generate at least $500-million in revenue for the NPC – more than double that of previous contracts – with $67-million guaranteed over the first five years.

The new service is also a boon for visitors, says Terry MacRae, CEO of California-based Hornblower, a few hours before the twin catamarans' christening ceremony on June 10.

The company spent about $25-million on improvements, such as expanding the dock, automating the ticketing system and elevators, adding a canopied riverside pavilion, revamping the cliff-top entrance and, he adds, replacing blue waterproof ponchos with "Canadian red."

"Any cruise in the Niagara gorge is going to get plenty of attention; it doesn't matter what name is on the side of the boats," MacRae says. "We are modernizing the overall experience."

Everything about this new ride to the Falls seems to run more smoothly. Walking down to the dock, via concrete pathways, elevators and tunnels, feels as effortless as strolling through the parkland at the top of the gorge, while boarding is expedited by an extra gangplank.

The sleek, Canadian-built cruising vessels, as well as a 150-passenger speed boat for private charters, certainly look more modern than the rotund Maids.

As the 110-ton, 26-metre Niagara Thunder sets off on its 10th cruise of the day, passengers spread out across its decks, which are tiered to alleviate crowding. A light mist coats their ponchos as the ship slowly skirts the American and Bridal Veil Falls, and then passes the noticeably noisier Maid of the Mist VII as it returns to the U.S. dock.

Halfway to the main attraction, the spray subsides. Thousands of seagulls soar overhead, proving the ponchos' worth once again.

But as the catamaran inches forward, stopping less than 100 metres from oblivion, the gulls' cries are drowned out by the cascade's relentless roar. The only other sound: The happy screams of passengers getting soaked on a warm June afternoon.

The five-minute close encounter is much less choppy than it was aboard the smaller Maids, and here, perhaps, something is lost. But it's a fair trade for convenience, comfort and elbow room.

Beyond the new "hardware," as MacRae calls it, Hornblower has also unveiled itineraries aimed at repeat business. The first voyage of the day, at 7:45 a.m., is now dubbed a Sunrise Cruise, while a Sunset Cocktail Cruise casts off at 8 p.m.

The final voyage of the day, a Falls Illumination/Fireworks Cruise at 9:30, provides misty views of the multicoloured floodlights that decorate the Falls and the 10-minute fireworks display that blazes over the river at 10 p.m. on Fridays, Sundays and Wednesdays in the summer.

"We want people who came to Niagara Falls on their honeymoon to come back with their rug rats," MacRae says. "We also want them to stay longer; if you're here for the Fireworks Cruise, you're more likely to stay overnight."

With buzzing casino-hotels looming above and mist blurring their fiery contrails, pyrotechnics make the experience all the more memorable – as if floating up to North America's most powerful waterfall is not memorable enough.

Where else can we take relatives in Niagara Falls besides the Falls?
November 10, 2012 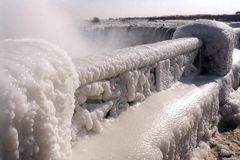 How to rediscover Niagara Falls with your family
September 14, 2011 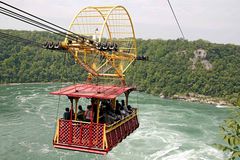 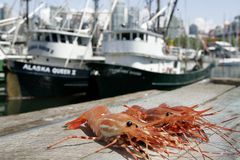 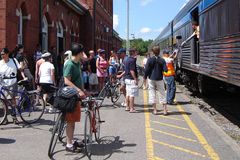