Judging by the Travel Concierge inbox, few topics trigger such frustration among holidaymakers as the vexatious single supplement. But it is possible to avoid paying far more than everyone else, according to a Toronto-based blogger who's an expert in individual tripping.

Janice Waugh's Solo Traveler site (solotravelerblog.com) is brimming with excellent tips and resources. And she strongly believes that vacationing sans companions is a great way to hit the road. But first: that dreaded single supplement.

"It is possible to get around it," Waugh says. "Many companies can pair singles with travellers of the same gender. Some also target solo trippers with rates comparable to those travelling with companions – although spots are usually limited. I recently visited China with Overseas Adventure Travel. They allocated three spots for solo vacationers to have their own rooms without supplements."

But how do you find these companies? Waugh recommends setting up a Google alert using the term "single supplement waived" and then booking early to snag limited spots. Some operators, she says, are also more open to singletons – she suggests Quark Expeditions and International Expeditions for general trips; G Adventures and Intrepid Travel for pairing up single travellers; and Cruisenet Tours and Travel for supplement-free river cruises.

It's also worth contacting other companies directly: If tours are not selling well, they may relax the rules. And if all this research sounds arduous, Waugh produces a monthly gratis newsletter highlighting deals where supplements are waived or heavily reduced.

Location-wise, it depends on how bold you are about travelling alone. Canada, the United States, the United Kingdom and most of Europe are "easy destinations," Waugh says, adding that places such as Chile, Thailand and Jordan can be challenging, but are certainly doable. India and China are much more adventurous.

But keep in mind that solo travel doesn't have to mean holidaying without company – many lone vacationers look for group experiences. "Think about cooking classes, language groups, architectural tours or cycling trips," Waugh says. "On group trips, you might meet others with similar interests. In India, I met a woman at an ashram and we ended up travelling together for two weeks. I must stress, though, that after a week in an ashram with her, I knew her quite well."

Which brings us to safety. Along with carrying identification, securing your money and keeping the name and phone number of your hotel handy, Waugh has some well-honed strategies.

"My number one rule is that public is safer than private – I always stay in busy, public places. And I don't leave a place with someone I've just met. Instead, I discreetly call a cab before anyone offers me a ride." She also carefully chooses who to talk to and where to sit in bars, making a point of connecting with the server. "They'll watch out for me and move unwanted attention away."

Staying in control is key, and Waugh notes that she has an effective last-resort tool if things get a little dicey. "If being polite doesn't work, I allow myself to be rude. Regardless of whether it may hurt someone's feelings or disturb other people, if I have to, I will be rude to ensure my safety." (Her main on-the-road tool – "being open and smiling a lot" – sees much more action.)

Waugh is convinced that travelling independently can be a revelation for many.

"Being on your own makes you more open to the world and to meeting people – plus you can do what you want when you want. Most importantly, you discover your own interests and rhythms without the influence of those who have expectations of you. Once you start travelling solo, you soon realize the benefits."

How to make friends in strange places when you’re flying solo
January 14, 2013 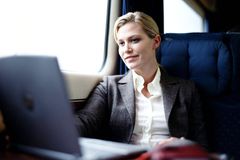 My homebody husband doesn't want me to travel alone, but I'm adventurous. What should I do?
April 13, 2012 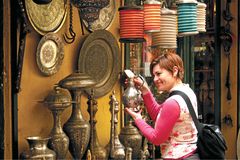 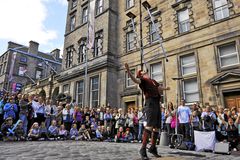