Of all the less pleasant aspects of international business travel, few things are more odious than turning the corner after disembarking and seeing a massive line at Canada Customs filled with spring breakers or grumpy families just back from Walt Disney World.

For travellers who regularly make trips out of the country, airport lineups can add minutes, even hours, to a work week. There are ways to expedite the process, though, particularly if you are frequently flying in and out of the United States.

To speed up the Customs experience, start with NEXUS. This joint Canadian Border Services Agency and United States Customs and Border Protection program was created in 2002 to get pre-approved, low-risk travellers across the borders of either country more quickly, said Cathy DeCoste-Whitlock, manager of pre-border directorate for the CBSA.

"Though it's geared to business travellers, anyone can apply, a citizen or permanent resident of either country," Ms. DeCoste-Whitlock said. "It provides benefits both to the clients and the CBSA. Members get expedited crossing and we're able to focus our efforts on high-risk people."

For a mere $50 every five years, Canadians can apply to be part of the NEXUS program through the CBSA website .

Both agencies perform a series of background checks against law-enforcement databases and if you pass those tests, you will be issued a radio frequency identification NEXUS card. Then, the next time you're in one of the eight Canadian airports that utilizes the service (Halifax, Montreal, Ottawa, Toronto, Winnipeg, Edmonton, Calgary and Vancouver), you can head to a NEXUS kiosk instead of waiting in the Customs line. There are kiosks for passengers coming into Canada or going to the United States.

At the kiosk, your retina is scanned to ensure your identity, you answer the Customs questions and you're on your way. If you happen to be travelling by land, NEXUS members can also access dedicated vehicle lanes at Canada/U.S. border crossings.

Because the program is a joint one, NEXUS members can also use the U.S. version of the program, called Global Entry, says John Wagner, the CBP field operations executive director of admissibility and passenger programs. Global Entry also employs kiosks at 40 airports across the United States and Canada, but uses a fingerprint system instead of iris scanning.

"There's one single application process …and both governments do a similar level of background checks," Mr. Wagner said. "NEXUS members can use either [NEXUS or Global Entry] kiosks to come in to the United States or Canada."

The program continues to expand. As of Nov. 15, NEXUS membership will also give you expedited security screening through 27 U.S. airports.

"There are still random exams and you could be subject to inspection at any point," he said. "We also run the database every 24 hours, to ensure people maintain good standing."

Currently, there are 750,000 people enrolled in the program, three-quarters of them Canadian, Ms. DeCoste Whitock said. And it's becoming easier to sign up. Until recently, Canadian and American citizens needed residency in their home country for three years to enroll in NEXUS. In June, that requirement was waived.

"As well, we've done enrolment blitzes to attract more members, and we're also streamlining the renewal process so people don't have to go through the same enrolment process every time they renew," Ms. DeCoste-Whitlock said.

Although at the moment NEXUS members can't get expedited customs or security service into any countries other than the United States and Canada, Ms. DeCoste-Whitlock says the CBSA is exploring third-country programs. "It's something Canada is interested in," she said. (Global Entry has similar trusted traveller programs with several other countries, including the Netherlands, Mexico, South Korea, Germany and Britain.)

Beyond NEXUS, there are other ways to breeze through security screenings.

American Express offers expedited security screening for premium cardholders at Toronto Pearson Airport, as well as other services such as valet parking, limo service and access to airport lounges. 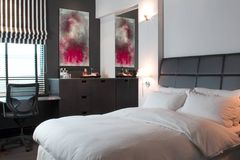 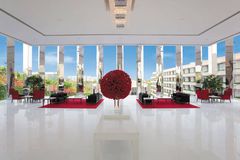 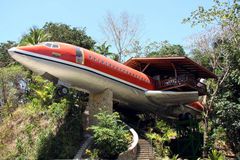 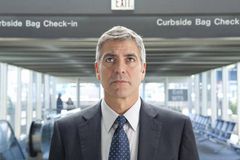 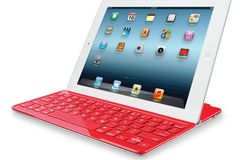 A premium economy seat – the more accessible perk
May 9, 2018 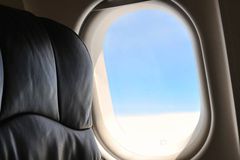 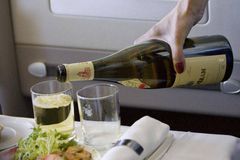 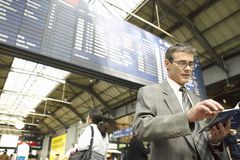 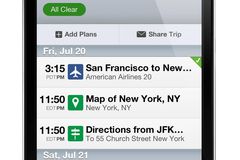