A call to populate Nova Scotia's lovely(ish) and empty(ish) Cape Breton Island, a spike in applications to buy $10 lots of land in rural Manitoba, a sudden influx of calls to immigration lawyers in Ottawa fielding questions about the ease of nabbing Canadian citizenship: it's been a weird week for Canada.

But of all of the bizarre signs of American discomfort flowing from Donald Trump's startling victory in last week's presidential election, perhaps the starkest was the CBC's live reporting of a website not working properly for a short time.

As president-elect Trump neared the 270-electoral college threshold required to make him the world's most powerful human being, the Canadian Citizenship and Immigration website crashed. Bewildered newscasters were left with the tricky task of trying to describe, live on air and to a national audience, how "500 – Internal server error" translated to "more Americans want be Canadians."

Perhaps the starkest sign of the immediate, short-term impact of a Trump presidency came from another website. On Nov. 8, as results were coming in, airfare-compare site Cheapflights.com saw a 133-per-cent increase in people from the U.S. searching for one-way tickets to Canada. Overnight, after the election had been called, one-way searches had increased 1000 per cent, says Emily Fisher, the head of communications for North America from Cheapflights.

The message is clear: Americans want out. But do Canadians want in? Has a Trump victory – ushered in as it was on a wave of sexism, racism, and homophobia and a general northward hollering about bad trade deals – already changed the Canadian desire to travel south?

Early indications are yes. Fisher says that on Wednesday – the day after the election – searches on Cheapflights for flights from Canada to the U.S. had dropped by 8 per cent. By Thursday, they were down 13 per cent.

"There's a certain cyclical nature to this stuff," she cautions, adding that it's very early to make long-term predictions, "but it does seem like there's a bit of a trend line for Canadian travel to the U.S. softening."

Those findings match a survey conducted late last week by Skift, a travel market research and industry intelligence company based in the United States. Skift's research director Luke Bujarski told The Globe and Mail that 45 per cent of Canadians said they would now be less likely to visit the United States following Trump's victory.

Women had a much stronger negative sentiment compared to men, he says. More than half (52 per cent) of Canadian women now said they were less likely to travel to the U.S. now, whereas only 37 per cent of men felt that way. (More than half of the men surveyed said Trump's victory wouldn't impact their decision, compared to 42 per cent of women.)

Amplified across the entire market, that kind of trend could have significant impact on tourism in the United States. Even with a weakened dollar, Canadians account for the United States' largest inbound travel market, with 20.7 million visits in 2015 – a 10-per-cent, currency-driven decrease from 2014. When Cheapflights published its report on market trends in May, Canadians were searching for flights to the U.S. more than for flights to all of Europe combined. When ranking searches by affordability, 14 of the top 15 most popular searches from Canada were for U.S. destinations.

"For Canadians, the U.S. is a good economic option, but there are alternatives," he says. "Negative perception could very well impact people's decision to travel – and that may or may not be a conscious decision, more a sense of underlying negativity."

Henry Harteveldt, who was formerly marketing director for Trump's airline, Trump Shuttle, and who now runs Atmosphere Research Group and specializes in analyzing U.S. travel trends, sees it as more than underlying negativity.

"There's no question: some of the comments [Trump] made and some of the behaviour that his campaign sustained could create problems for the U.S. from a travel and tourism standpoint," Harteveldt says. "I've heard from a number of people who've said that they love America and love their family and friends here, but that they don't want to come visit America right now. They're afraid."

Harteveldt notes that the Canadian dollar is likely to have more of an impact on Canadians' decision to travel in the U.S. in the short term than the campaign slogan of an ugly election, but he worries about the environment the new president's campaign created and its long-term impact on the U.S. market. Trump's comments in the lead-up to the election saw the cancellation of contract for new Trump hotels in the Middle East and a falloff in occupancy at Trump hotels, Harteveldt says. He has no difficulty imagining a similar fallout in the travel industry in the United States.

"We've seen some really unpleasant behaviour in the days since the election – there have been swastikas painted on buildings, and hateful things spray-painted on the buildings or said on college campuses and on the streets," he explains. "For a foreign visitor who sees this, especially if that person is a member of one of those [targeted] groups, they're going to say, 'I'd love to go, but I don't feel safe now.' It's not that they won't come here because of Trump himself. They won't come here because there's an attitude that tolerates that kind of hateful discussion."

Bujarksi and Fisher agree with Harteveldt's first assessment, that for Canadians cost and ease play a greater role in selecting a leisure travel destination than who's in charge of the country.

"For Canadians, the U.S. is a speedy and affordable place to travel," says Fisher. "They're not planning to knock it off their travel list based on the outcome of the election."

She acknowledges that how welcoming the country feels and how some of Trump's campaign promises play out have the power to sway some travellers, but says that more tangible issues – currency, immigration, border controls – will impact Canadians.

"If it becomes more of a hassle and more expensive, then it becomes less of an easy choice to go," she says.

Travelling to the United States in the Donald Trump era
November 14, 2016 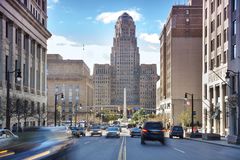 John Doyle: Trump on 60 Minutes: a TV corroboration of legitimacy
November 13, 2016
Follow us on Twitter @globeandmail Opens in a new window
Report an error Editorial code of conduct
Due to technical reasons, we have temporarily removed commenting from our articles. We hope to have this fixed soon. Thank you for your patience. If you are looking to give feedback on our new site, please send it along to feedback@globeandmail.com. If you want to write a letter to the editor, please forward to letters@globeandmail.com.
Comments