The first thing a visitor notices on arriving at Cambodia's notorious Tuol Sleng (or S21) Security Prison, now a genocide museum, is how utterly normal it all looks. Four unremarkable white buildings surround a grassy courtyard in the suburban fringe of Phnom Penh, the nation's capital. Once this was a secondary school like any other in the world, buzzing with noisy kids in blue and white uniforms. Today, monks, rickshaws, mopeds and beggars all jostle on the streets outside where vendors hawk everything from leafy bunches of morning glory to counterfeit Nikes. Only a tangle of rusting barbwire balanced atop the school's outer walls hints at the horrors once perpetrated inside.

Step through the gate, and the next thing that strikes you – this time square in the gut – is the silence. It's a physically crushing silence. Just like that, you've lost your ability to speak. For it was here, from 1975 to 1979, that Pol Pot's crazed Khmer Rouge tortured an estimated 17,000 prisoners to extract bogus confessions.

Just ahead of you, a large sign in English, French and Cambodian lists 10 mandatory rules of prisoner conduct, cruel in their simplicity. Among them: "Do nothing, sit still and wait for my orders. you [sic]must immediately answer my questions without wasting time to reflect. While getting lashes or electrification [sic]you must not cry at all."

Down a checkered marble hallway lies the first classroom of Block A. It's barren apart from a desk, a single metal bed frame with crude shackles for wrists and ankles, and a metal ammunition box meant for defecation. Dark stains mark the floor, names were scratched into plaster walls. Otherwise it looks as sterile as the day it was built. It was in rooms like this that confessions were obtained, along with a litany of innocent names – friends, relatives, neighbours – who would be routinely rounded up to face the same fate. No sooner was a confession made than the prisoner was bludgeoned to death. A black-and-white photograph – poorly focused and faded with age – hangs on an adjacent wall. It shows the room, exactly as it is now, except for a naked, emaciated, unconscious prisoner shackled to the bed.

Four hundred years ago, French author Francois de La Rochefoucauld wrote "Neither the sun nor death can be looked at steadily." After just one room at S21, you're reeling, your senses and emotions blinded by proximity to the blazing abyss. Down hallway after hallway you stumble into room after barren room, all with a single, grainy, heart-wrenching photograph on the wall. That's Block A.

Block B houses prisoner mug shots, running from floor to ceiling, filling room after room after room. Above all, one sees fear, which, like death, cannot be held in a steady gaze. The spotless classrooms of Block C are filled with rudimentary cells, a haphazard mix of mortar and tilting brick walls that could have been built by children and possibly were, for the prison was staffed almost exclusively by teenagers. Block D reveals unspeakable forms of torture.

Why would anyone visit such an unsettling place? Why should we bear witness?

Dark tourism is the official label given to the visitation of any site associated with death, destruction or disaster. It is an unfortunate term in my estimation, implying some tasteless, morbid fascination with the macabre. Compassionate (or humane) tourism might be a more accurate label.

The practice itself is ageless, dating back to the Middle Ages, when pilgrims travelled to sites of religious martyrdom. Modern examples include Auschwitz, Mandela's cell on Robben Island and Ground Zero, which sees greater visitation than the Twin Towers ever did.

Some say dark tourism reduces misery to a rubbernecking spectacle, or worse yet, entertainment. Admittedly, many arrive at the gates of Tuol Sleng out of curiosity; simply because it, like Angkor Wat, is the "thing to do" when in Cambodia. And clearly, different travellers absorb the experience in different ways. But what struck me at Tuol Sleng, beyond the horror, was how powerfully it unified all those who bore witness.

Wandering near me, on that sunny day, were a busload of aging Swedes, two young Aussie girls, several Israeli men, a Czech couple and a Cambodian high school class. In silence, we were all forced to confront that inexplicable darkness that is part of humanity.

Of 17,000 souls incarcerated at Tuol Sleng, seven survived. Of those seven, three are alive today. And of those three, two stood quietly near the exit of Tuol Sleng as we prepare to make our peace and leave. Month after month, year after year they are here, thanking visitors with a blessing and a nod.

After the feelings of fury, sorrow and bewilderment subside we are left with hope and determination to prevent similar atrocities from being committed again.

For a traveller to Cambodia to not grapple with this real and recent horror would be to not know the country. And rather than the tourist presence trivializing Tuol Sleng, it is missing the truth, no matter how painful, that trivializes travel. 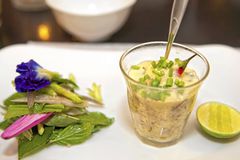 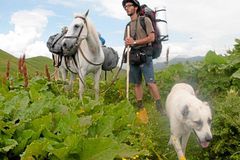