Bentonville, Ark., raced into the collective consciousness of culture vultures everywhere when Alice Walton (daughter of Wal-Mart founder Sam Walton, and the third-richest woman in the world) announced that she was opening a large art gallery in the tiny city, better known for being the headquarters of Wal-Mart. The reaction was one of indignation: Art lovers would have to venture from New York, Chicago and other major urban centres to a rural outpost to see great works of American art. Was it right to house masterpieces where so few would see them? Well, people are making their way to Bentonville to tour the Crystal Bridges Museum of American Art (crystalbridges.org), for the Andy Warhol and Winslow Homer – and for the Moshe Safdie-designed building. Local businesses couldn't be happier.

We can't get enough of our sophisticated belle province, more now than ever as we all want Europe without the big price tag. Who hasn't longed to snuggle up with a special someone in a boutique bolthole inside the fortressed walls of old Quebec City? To whale-watch in Gaspésie? To indulge at Au Pied de Cochon? There's that, but the real drawing card in Quebec this year will be Charlevoix, not just for the cheese, but for Cirque de Soleil co-founder Daniel Gauthier's Le Massif. The Massif de Charlevoix gastronomic train was a hit before the first boarding and is bound to become a runaway success. Skiers want to soak up Le Massif's view of the St. Lawrence, and daredevils are pumped to try their hand at rodelling (sledding) on a specially designed seven-kilometre run. But the most anticipated Le Massif opening is yet to come: La Ferme, a 150-room hotel, will take its first guests this spring. Booking a room will be on the must-do list of every connoisseur of all things fine and fashionable.

With the buzz around the burgeoning culinary scene and the hype created by the World Junior Hockey Championship, Calgary is on our list for 2012. We could use it as a home base to explore Kananaskis Country, some of the prettiest terrain most Canadians haven't yet explored (we dream weekly of loping along a river on horseback). One thing's for certain: We'll plan our visit to coincide with the Calgary Stampede, July 6 to 15. We want to get our cowboy on, à la the Duchess of Cambridge, for the 100th anniversary of Canada's – some say the world's – greatest rodeo. We're looking forward to the horse and bull riding, the barrel racing, the concerts and even the pancake breakfasts. Saddle up!

It used to be that Ontarians raced to South Carolina for cheap and cheerful Myrtle Beach holidays. But the allure faded as the destination became known as a spring break party spot and less a holiday of choice for discerning travellers. That's changing with world-class golf courses and Charleston's cooking culinary scene. Hilton Head Island is positioning itself as a sustainable getaway, and interest is growing in the area's Gullah history, with festivals celebrating the people (descendants of West Africans brought to the coastal islands for slavery), their language, music, spirituality and more. Case in point: The prestigious Inn at Palmetto Bluff (which made Condé Nast's 2012 gold list; palmettobluffresort.com) is now offering low-country "roots" tours that conclude with a Gullah lunch.

The island state has long been a dream destination for North Americans, but its latest revival seems to have begun when Barack Obama was elected. And it's showing no sign of abating: It seems as though everyone you talk to has just returned from or is currently planning a Hawaii holiday. It's partly the yearning for the laid-back Zen-like surfer vibe and it's partly the desire for an active holiday (think surfing, paddleboarding, kayaking, hiking, snorkelling, diving and more) in a beautiful setting. For some, it's the chance to see an active volcano streaming lava in Hawai'i Volcanoes National Park. It's also the price. Rates are lower as hoteliers try to attract travellers feeling the sting from airfare. Accommodations are top-rate (Disney's Aulani, the Trump Waikiki Beach Walk, the Four Seasons and the Fairmonts), and Disney has just added a second Hawaii cruise to its 2012 schedule. 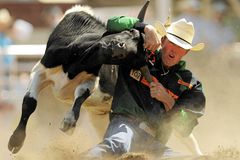 Set your holiday sights on these must-see 2012 destinations
January 7, 2012 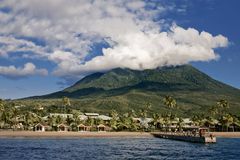 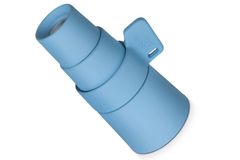 See these destinations before they change forever
January 6, 2012 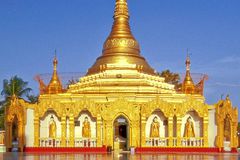 Is your New Year's resolution to travel more? Here's how to make it happen
December 30, 2011 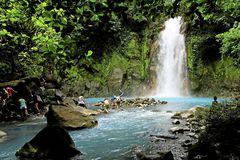