Union Square is San Francisco's premier shopping destination. The neighbourhood's 2.6-acre centre, which has been drawing visitors since 1850, is now home to ubiquitous and high-end chain stores. In some, bored security guards outnumber customers who must buzz to enter, while doors left ajar air condition the street.

On most days, Union Square is a hive of people-watching with festivals, art shows and seasonal skating. One key attraction is the Powell and Market Streets' cable-car turn where drivers physically move a dais, with tourists (and locals) lined up for prime spots.

This high-tech site with a silver LEED rating retains historical attributes and its colourful staircase ropes inspired by cable cars. Aimed at "upward movers," business and international travellers dominate, with the mostly male millennial patrons glued to smartphones. The decor is crisp with myriad high-tech features, and the hotel routinely advertises "creative surprises."

Filtered water and ice stations dot each floor, and carpeted hallways cut noise – except from guests who haven't mastered the quiet art of hallway courtesy. Some rooms feature wheeled task desks, refrigerators and TVs with PressReader. Bathrooms have sliding barn-style doors. As an indication that the Axiom treats guests like adults, clothes hangers can be removed from the closet.

The mezzanine includes the requisite foosball and retro arcade games amid tables for casual meetings. Downstairs there are tech-laden meeting rooms located near the spotless fitness centre (which offers free earbuds).

The clientele is a mix of international guests, locals and families. The pet-friendly rooms have pull-out sofas, refrigerators and some iHome entertainment units.

Some of the premier-room balconies overlook the outdoor heated pool.

Besides comfy beds, curtains hiding city lights, in-room coffee and mugs, there's the San Francisco Chronicle under your door each day of your visit.

Spinning off San Francisco's reputation as a major-league sports town – courtesy of the NFL's 49ers and MLB's Giants – Handlery contacted local radio stations and put together packages that comped parking and knocked 20 per cent off restaurant tabs. When the San Francisco Giants made the World Series in 2010, the hotel hit a home run.

The Pinecrest was founded in 1969 by Vasilios (Bill) and Nikoletta Foundas, both immigrants from Greece.

Nearly a half-century later, the eatery is still known for its all-day breakfast, Cobb Salad and vegetarian portobello-mushroom sandwich.

Meals at City College of San Francisco make you forget the U.S.-dollar exchange. Everything on the menu is made and served by students, who strive for perfection.Weekday lunches until May 12, resuming in September.

Founded in 1959, this tourist-friendly store features nifty finds, but before entering, check out the whimsical displays in the windows – think disco Christmas, crabs in habitats (knives) and Mad Science.

Designer Joanie Char has been at this site for 24 years and creates fashions for real women's figures. Everything is handmade on-site and merges classical and asymmetrical shapes with Char's own patterns. Sometimes just trying on a high-voltage jacket with a Mandarin collar can improve posture and mood.

This spirited store supplies comfort of a different sort than Californian wine. It's not usual to witness money-laden techies snapping up a bottle of $500 Japanese whisky. With a devotee's single-malt selection – the priciest a $5,500 Ledaig – they also host special tastings and sell Scottish foodstuffs.

The writer was a guest of the Axiom and the Handlery. They did not review or approve this article.

St. Helena is the most enchanted little island you’ve never heard of
March 30, 2017 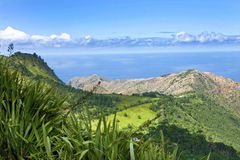 Climbing to the top of Sri Lanka’s ancient history
March 30, 2017 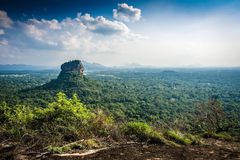 Ireland’s remote Donegal is the coolest place to visit this summer
March 27, 2017 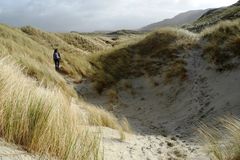