I'm getting used to the drill: lie back in the water, steady the kite overhead with one hand while wiggling my feet into the straps with the other, dive the kite to pull myself up, launch skyward and slam face-first into the water - several metres downwind - with such force my sinuses are flushed with seawater and muscles are pulled in the back of my neck. I'm learning to kitesurf in a waist-deep lagoon on a bluebird day in early July in the Magdalen Islands, Quebec's remote islands in the middle of the Gulf of St. Lawrence.

When I recover, the kite is in the water but still luff, and I quickly send it skyward with a few tweaks of my bar. Simon Barrette, my instructor from Aerosport, the island's premier kiteboarding school, is standing behind me, holding my board, telling me what went wrong. "You need to control the kite more," says the young, curly-haired Québécois.

His statement of the obvious frustrates me further. Controlling the kite is like reining in a wild bull.

Despite the steepness of the sport's learning curve, this is one of the best places in the world to learn it. Located in the Gulf of St. Lawrence, 215 kilometres east of the Gaspé Peninsula, and 105 kilometres north of Prince Edward Island, the Magdalens are low islands with rolling green hills, red sandstone cliffs and vividly coloured houses. An economy based on fishing and tourism employs most of the island's nearly 13,000 inhabitants. In recent years the Magdalens have become a destination for kite sports. The six major islands are 65 kilometres long, interconnected by sand dunes and roads, and between them are shallow, warm, protected lagoons buffeted by steady winds that create a kiteboarder's bunny-hill not found in other locations. The favourable conditions attract top riders, too, and the Magdalens have been host to several world cup competitions.

"There's no spot like the Magdalen Islands," says Eric Marchand, a former pro snowboarder with a shaved head and perpetual smile who started Aerosport kiteboarding school in 1998. "We have shallow lagoons, with no jellyfish or sharks, and great spots all around the islands. The wind averages 15 knots, which is perfect for learning, and the islands are so small it's easy to go from one spot to another in a few minutes if the wind changes direction."

My first lesson was a few days before, on a cool rainy morning at Aerosport's private launch site on the dune between Havre-Aubert and Cap-aux-Meules islands. Marchand uses the International Kiteboarding Organization curriculum, which sets basic skills of increasing difficulty that must be mastered before progressing to the next ones. He began the lesson by using a homemade foam doll - which resembled a voodoo doll - to illustrate the "wind window," the part of the sky where the kite is flown.

Directly into the wind is the "power zone," where pull is strongest. At 90 degrees in every direction is "neutral," the position used for resting or landing and launching the kite. Between these two extremes is the wind window: Moving the kite across that window creates power; the faster the kite moves, the more the pull.

"You always land and launch the kite at the side of the wind window," Marchand explained.

The wind was blowing 15 knots, so Marchand rigged me a 6.5-square-metre kite. After unrolling the lines and pumping up the kite's inflatable ribs, he held up the bar, the steering wheel for the kite. One side was red, the other blue. "Red always goes in your left hand. Pull the kite right to go right, pull left to go left - just like boxing or tae kwon do. Let the wind do the work; you're on vacation."

He showed how to keep the kite at neutral, or straight overhead, then handed it to me. I practised making small adjustments to the bar to keep the kite at 12 o'clock. "Power comes from moving the kite; the faster you move it, the more it pulls you." But, like steering a boat, it's easy to overcompensate. The result is a short ride skyward followed by a crash - and losing control of the kite is a scary experience.

Once I proved I could hold the kite at 12 o'clock, the next skill to master was body drag - pulling oneself across the water - before graduating to the board. I dipped the kite in wide figure eights, and was pulled forward, skimming along the surface. Crashes were massive, but when I came up the kite was always there, floating, waiting for me, making the relaunch relatively easy.

"The kite naturally wants to move to the edge of the wind window," Marchand explained.

The next day was warm and clear. Sunlight shimmered off the emerald lagoon and wild grass swirled on the sand dunes above the launch site. The wind was lighter, which required larger kites. After practising my newly learned skills, I was handed the board. Each time the result was the same: dive the kite, stand up on the board and crash wildly. "You need to anticipate and react," Marchand instructed me.

The combination of controlling both the kite and the board seemed impossible. I wanted to look down at my feet and up at the kite at the same time; when I took my eyes off one, I lost control of the other.

Although it's challenging, there's never been a better time to learn kiteboarding. Since the sport began in the late 1990s, the improvement in equipment has been extraordinary. Early kites had very limited wind range and could not be relaunched; if your kite hit the water, your session was over. And those early systems lacked bail-outs - you couldn't get out of your harness if you got into trouble - but new gear comes equipped with releases that

allow you to ditch the kite, as well as controls for increasing or decreasing power on the fly should conditions change when you're on the water. Board design improved, too, enabling riders to travel upwind.

And with improvements in gear, teaching has advanced in tandem. The IKO program standardizes instruction techniques, and jet skis are used for moving alongside students and for quick travel upwind. Manufacturers have even begun producing gear specifically for women.

My three days of lessons, with Marchand and Barrette, were spread over a week, with non-windy days used for other adventure sports on the islands.

I spent one day sea kayaking at Le Gros Cap, a rocky promontory at the southern tip of Cap-aux-Meules Island. Paddling along red sandstone cliffs and through tunnels in the shoreline, my group passed colonies of cormorants perched on white guano-stained rocks; grey seals cruised by in search of fish, their dark heads bobbing on the surface as they watched us paddle by.

On another light-wind day, I went kite buggying - a wind-driven sport using a modified go-cart and kite for power - on Martinique beach, between Havre-Aubert and Cap-aux-Meules islands. Because of the low resistance of the wheels on sand, buggying can be done in much lighter wind than kiteboarding. (In the winter, Aerosport offers kite skiing and kite snowboarding, which combine kites with normal skis and snowboards.)

The kite buggying was fun, but the real reason I came to the Magdalen Islands was to learn to kitesurf. For my final lesson, I'm determined to get up on the board. After several failed attempts, Barrette sees the crux of my problem. "You need to control the board better, too."

I need to launch downwind, he tells me, then drive my legs hard to pressure the board to cut across the wind; this way, the board will balance the pull of the kite.

Another try and I am up, briefly, but something feels right this time. I launch again and am standing on the board, skimming across the surface of the lagoon, and Barrette is cheering. I travel 50 metres or more before crashing. My kite hits the surface so hard it deflates, but I'm beaming, my ego fully inflated.

Hostel At the tip of the 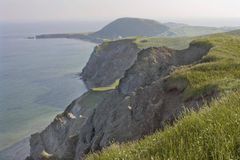 Real daylight savings in Turks and Caicos
May 11, 2018 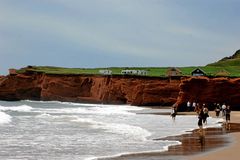