The experience of staying in an Airbnb listing is simultaneously an argument for and against the platform. On the one hand, every space is unique and quirky; on the other hand, unique and quirky can sometimes pose challenges on a massive scale.

The struggle to overcome those challenges was on display last week when the 10-year-old company threw itself a three-day birthday celebration to unveil a slew of improvements to its core service of connecting strangers online who are looking for short-term accommodation.

Many of the new Airbnb changes are designed to incentivize the company's 400,000 landlord partners (who it calls hosts) to create a more predictable experience for travellers, while at the same time pushing its unique listings ever higher into the luxury tier of hospitality.

"Airbnb is still not for everyone, until today," co-founder and chief executive Brian Chesky said at San Francisco's Masonic Auditorium, while standing onstage in front of a giant screen displaying the slogan "Airbnb for everyone."

Airbnb has been remarkably successful in its first decade. It has recorded 300 million check-ins by guests and there are 4.5 million places to rent on the platform. By comparison, the world's biggest hotel company, Marriott International, has 1.15 million rooms, and Airbnb would still lead even if you combined Marriott and the other top-three hoteliers (Hilton Worldwide, InterContinental Hotels Group and Wyndham Hotel Group).

Airbnb hopes to get to a billion room rentals, and as its growth has slowed in its strongest markets, it is turning to some of the lessons of the old-style hospitality business: uniformity and predictability.

The company recently rolled out a new program called Airbnb Plus, which entices hosts to apply for better promotion and higher rates, but also demands they meet a 100-point checklist of hospitality quality (as verified with an in-person inspection by an Airbnb contractor). Airbnb Plus launched with 2,000 listings in 13 cities (Toronto included) but aims to hit 75,000 listings by year's end.

"The program is out there to recognize hosts that have gone above and beyond," said Airbnb's Amber Cartwright, a design manager and one of the leaders on the Plus program.

The full 100-point list has not been posted, but some of the requirements highlight the challenges of making someone's home into a hotel room. In order to qualify for Airbnb Plus, a host must maintain a high rating, accept 95 per cent of their booking requests (which seems relevant in light of claims alleging some hosts were racially discriminating against some clients) and have no cancellations in the past year.

Perhaps incredibly, Airbnb also needs to remind hosts of several sleepover basics, such as: "Door to listing closes properly and has a lock. There's a neutral or pleasant aroma in every room. Smoke and carbon-monoxide detectors are installed. Everything out in the open is either aesthetic or could be used by a guest."

Naturally, there are also requirements that go the extra mile: "Beds are elevated off the floor and have flat mattresses, soft matching linens and two sleeping pillows for every guest. Filtered water. Cohesive interior design with personal touches. All counters and cabinets are organized and clutter-free."

Exactly how common are these features? Let's start with my anecdotal experience: While I was in San Francisco to cover the Airbnb events, I was staying in a large, high-ceilinged one-bedroom Airbnb (not yet rated Plus) in the hip and relatively hotel-free Mission District. There was an excellent coffee shop steps away from the front door, and a short walk to many clusters of restaurants, shops and bars. It also had a lot of the features on the Plus checklist you might want as a business traveller: WiFi, space to work and relax and a kitchen stocked with essentials; no cable, but Netflix was available.

But when you compare this $196-a-night listing to a three- or four-star hotel room, there were some glaring shortcomings: The thermostat was non-adjustable; the bathroom included an unfrosted window with a sheer curtain; the back entrance required a long walk down an alley illuminated only by Christmas lights and a walk up weathered wooden stairs; there was coffee and tea, but it was served stingily – all no-nos for Airbnb's new initiative.

"Plus is just the start of something new," said Vlad Loktev, vice-president of product and homes operations at Airbnb. The company's roots may have been air mattresses on an apartment floor, but Airbnb now has seven categories of listings: shared rooms, private rooms, whole homes, vacation homes, bed and breakfast, boutiques (there are about 200,000 are on the platform) and "Unique."

According to Loktev, the acknowledgment and promotion of hotel rooms on the platform doesn't necessarily mean the company is going to go into the traditional hotel business, although he did admit, "We're looking at all kinds of options and operating models in the future. We're open to changing many things."

At the same time, increasing professionalization also highlights another tension inside the company: the class divide in its hosts. Airbnb still generates travel-industry buzz from its 121,000 "Unique" properties. These premium-priced, in-demand listings include oddities such as tree houses, yurts, castles, domes and even a gigantic beagle-shaped structure in Idaho. At the headquarters in downtown San Francisco, many of the meeting rooms are designed to resemble some of the company's more famous spaces, such as an old-west Montana jailhouse, a houseboat, a mushroom-shaped dome and even the co-founder's downtown apartment.

But there's still more to Airbnb than meets the eye. Recent studies suggest a small percentage of hosts on the platform drive most of the company's business. In 2017, McGill University's Urban Politics and Governance research group crunched data from the company's New York operations and discovered that, between 2014 and 2017, about 50,500 hosts earned $660-million in revenue. But in that same time frame, just 5,000 hosts earned $318-million, 48 per cent of all the total, while the bottom 80 per cent earned $209-million (or 32 per cent). The McGill study found the costs to the rest of the city were stark: somewhere between 7,000 and 13,500 houses or apartments were removed from New York's long-term housing market, which the researchers calculated contributed to a $380 rise in median rent for apartment seekers.

The same pattern has repeated itself at different scale in cities such as Toronto, Vancouver, Paris and London. Local regulators everywhere are trying, with varying levels of success, to contain the company's impact on tight housing markets.

"Experiences" are the other brand extension intended to bridge Airbnb's communal sharing roots with its audience of well-heeled travellers craving authenticity. Launched in 2016, it features travel activities available through the site from a mix of home hosts and other partners. There are 5,000 experiences in 60 cities: everything from craft-beer crawls and pasta-making sessions with chefs in the Italian countryside to snow camping in Canada.

In hopes of capturing the spirit of this earnest tourism, I went on an Airbnb experience to meditate at nearby Lands End, a semi-untamed park located within the Golden Gate National Recreation Area. Our guide was a self-described rock-balance artist named Travis Ruskus, whose business card reads, "art, meditation, ecotherapy." Ruskus radiated with quiet intensity as he explained his goal was to take in the peace we found in this tranquil setting, and hang onto that serenity when we return to our everyday existences. He is a worldly 27 years old.

My fellow travellers (all female, two Britons, two Aussies and a Miami native) were largely unprepared for the blustery wind in Northern California – I gallantly shared out my gloves and scarf with a modicum of Canadian pride in my weather worthiness. As we huddled on a log on the stony beach, Ruskus dawdled with a meditation bowl and did a reading of new-age author Mark Nepo. Outside of a hot shower, I am not a natural meditator, but Ruskus did say one thing that stuck with me: "Listen to the ocean and the waves as they pound the rocks and shore. … It never hesitates. Why should you? Don't stop yourself from feeling, from doing what you need."

The same can be said of Airbnb, a restless giant that seeks new growth everywhere as if it were a public company (it isn't yet). It never hesitates.

The writer travelled as a guest of Airbnb. It did not review or approve this article.

Airbnb without the dodgy digs: Elite services take lodging to the next level
February 28, 2018 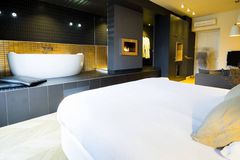 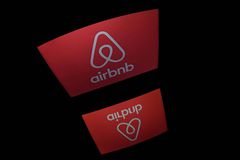