He and his wife, Terri MacDonald Riedle, have been running a bevy of businesses out of Saint John for more than a decade, including the marketing firm Revolution Strategy, content creation company Talons of Venice and, most recently, the pot-focused human-interest publication Civilized. Life was rolling merrily along in New Brunswick, where they're undoubtedly entrepreneurial powerhouses, until a filmmaker friend invited Riedle to join him for a shoot in California in 2012.

He was reticent – "Poor me, I had to go to Los Angeles" – but his wife persuaded him, for the business opportunities it might bring: "You aren't going to find new things walking between our office and the City Market for lunch every day."

He was smitten within hours of arrival. Los Angeles has been the family's home for much of the year since July of 2014. There, they've tapped into the world's "epicentre for commercial creativity," as Riedle calls it, building crucial connections for their businesses. While their companies' day-to-day is still run out of Saint John, he and MacDonald Riedle have become their own American brand ambassadors, securing creative talent for their television and journalism endeavours.

Both in their early-to-mid 40s, they are nowhere near retirement, but they've become de facto snowbirds. Since moving to L.A., they travel home for about a week each month, returning for longer stretches in the summer. The move has boosted their business opportunities immeasurably – not to mention given them the choice to wake up either a few blocks from the Pacific or a few blocks from the Atlantic any given week.

But, Riedle says, it took a lot of hassle: Going south to seek business opportunities is no doubt tempting for any Canadian, especially in the wintertime. But to pull it off, it's best to leave the heavy lifting to the experts.

"It's a heady process that requires a lot of work," Riedle says. "Having somebody who knows how to navigate it is absolutely invaluable."

Business Development Bank of Canada has been advising clients on expanding their business to the United States for years. Carl Gravel, BDC's director of global expansion, says the No. 1 thing to have is a strategic plan. "It's not a homogeneous market," he says of the regionalistic country. Do your research, he says, and seek out partners to help you better understand the markets you want to enter. In many U.S. cities, for instance, Canadians can link up with a local Canadian Trade Commissioner Service office and tap into their networks.

It's also wise to think like a startup, Gravel says, not just in terms of brand-building, but also making sure there's capital available. "You don't want to jeopardize your cash flow by growing into another market," he says. "When we work with companies, we build a financial model over two years based on different assumptions of sales forecasts."

And then there are the muddy waters of tax and immigration issues. When the Riedles decided to make the move, they turned to Daniel Joyce, a Buffalo-based lawyer who specializes in immigration. Joyce often helps Canadians with their plans to do business across the border, helping them navigate a decades-old immigration system that he says "sometimes doesn't make sense from a common sense perspective."

Expanding into the United States requires having a lot of balls in the air. Getting a visa, for instance, can feel like fitting a square peg in a round hole. Without an established company to sponsor them, Joyce says, entrepreneurs have limited choices. Under North American free-trade agreement rules, business owners can establish U.S. business branches and then transfer employees, or invest money to develop and direct a company in the United States.

The Riedles have wound up doing both. With their first visa, they were able to transfer themselves as key personnel for Talons of Venice in order to lead production for their show Real Houses Of..., which airs on the W Network and may soon be broadcast internationally. Now, as they expand Civilized, they've shifted to a different visa status, where they'll be investing in U.S. talent to support their editorial work.

Sometimes applying for an investment visa can be incredibly complex. "You have to really think ahead," Joyce says, pointing to the complex world of securities law. "If you're bringing U.S. investors in, there are a whole different set of regulations."

Riedle is thankful he had professional assistance to work out these details. "This stuff can be exceptionally complex to navigate," he says.

And then there are the tax implications, of which there are many. "A resident for U.S. tax purposes is required to report all income worldwide on the U.S. return, which is generally something a Canadian wants to avoid unless he or she has moved to the U.S. permanently," Joyce says. "It can get complicated. ... There is almost always a team of corporate, immigration and tax people to establish the strategy and identify the issues for the client."

Gravel at BDC echoes that advice to hire expert help. "It is crucial in the process to assess the tax implications and working requirements in the U.S.," he says.

Thanks to the help of others, Riedle and his family now spend much of the year in Los Angeles and have built a wealth of professional connections. Spending time there, he says, has benefited them in innumerable ways – "from a momentum perspective, from a growth perspective, and from a networking perspective – from all perspectives."

‘Don’t mess with the IRS’ and four other useful tax tips for snowbirds
November 16, 2015 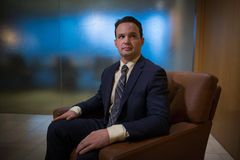 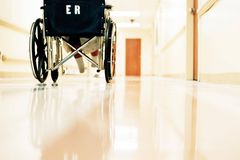 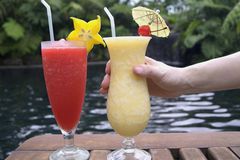