It was frank and funny, the kind of commentary you'd see today from the 20-somethings Girls. But eight years ago, Trish Kelly wasn't running for Vancouver's park board. Sure enough, last week, a blogger linked the video to a commentary about Kelly's campaign, declaring it scandalous. A few days later, after long conversations with her party, Vision Vancouver, Kelly stepped down.

"They explained to me that this is just the beginning," says Kelly, a performance artist and long-time activist making her first step into politics, "and there is definitely more work that is more risky, not quite as cute, that could be brought out as a smear campaign." It would "pull focus" from all the other issues, she says. "They really painted a picture of what my life was going to look like the next four months defending this."

In a country with a suspended senator facing criminal charges, and a big-city mayor just returned from rehab, Vancouver's municipal scandal may seem minor league. But all three examples are really about Canadians asking themselves the same questions: What kind of behaviour are we willing to accept (or excuse) from our politicians and those who seek office? It's an especially relevant debate today as the next batch of potential leaders – who have grown up in the digital age – spills everything online. If the old rules stand, some of our most innovative thinkers may be barred from politics long before they even consider jumping into the race.

Kelly's rapid rise and fall, after all, is not about the secrets she kept. They were online for anyone to see, and she was candid – and proud – of her background. But it says quite a bit about the control that social media holds over potential candidates.

As Kelly herself is now asking, "Are we willing to give permission to politicians to be authentic? Or do we want politicians not owning their history in order to fit into a small box?"

Kelly was the kind of candidate typically missing from our ballots. A brand manager for a natural foods company, a social and environmental activist and community volunteer who served on Vancouver's Food Policy Council, she is also young, openly bi-sexual, Métis, and – in a country with far too few women in office – female. She is, in fact, the kind of candidate who should have been expected to have a colourful path to politics, which was probably why people supported her nomination in the first place. Had she won, she would have been the first aboriginal member of the park board.

But we don't write our own narratives any more. The Internet takes what we give it and runs off with the storyline. The long buried 10-year-old tweet or Facebook picture can spring back to life, stripped of context. Private seeps into public. "Everything on the Internet lasts forever," says Kelly.

"There's no chronology to your online presence. Something from 10 years ago can look like it was done yesterday."

But imagine if we were dealing with "Roberta" Ford in Toronto, running again for mayor after a stint in rehab. Would congresswoman "Antonia" Weiner, once caught sending explicit photos of herself to random men on the campaign trail, have then gotten a second chance to run for New York City mayor? Put a woman – and, even more damaging, a wife or mother – in any of the recent political scandals involving male politicians and censure swings down even heavier. For the most part, female politicians must still achieve the just-right balance of prude and flirt, steel and softness, sexy sans sex – alchemy with no instruction manual and subject to change at social media's whim. So admitting to regular self-pleasure? A definite career killer.

If we are going to have every aspect of a political candidate's life served up for public consumption, we'll need to decide which parts merit our attention as voters. The hit-and-run sexism and intolerance that so often smothers reasoned debate online should not set the bar for us.

After all, the narrower the permissible qualifications become for political office, the smaller (and blander) the pool of leadership. Canada is already shamefully behind many of its peer countries for the number of women and minorities involved in all three levels of government, including municipal and city councils. For her part, hoping to "move the needle," Kelly is now organizing a forum for mid-August with Simon Fraser University on women in politics. "There will always be some boundaries of what we'll accept in terms of someone who wants to take a leadership role," she says. "But we need to have those conversations."

In the end, it's a shame that Vision Vancouver dropped out of that conversation, declining to give voters the chance to judge for themselves which parts of Trish Kelly's resume actually mattered for a seat on the park board. (Online, she says, many of the comments have been supportive.) No one benefits if excluding diverse, duly-nominated candidates from the ballot stifles debate and limits civic ambition – least of all a country hoping to engage the tweeting, blogging, always-sharing next generation in the business of politics. 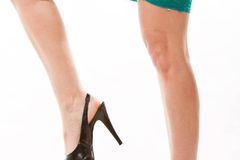 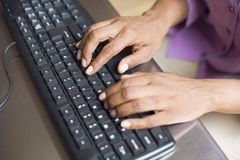 Women can’t break glass ceiling because of workplace 'sexual display,' researcher says
December 10, 2012
Follow Erin Anderssen on Twitter @ErinAnderssen
Report an error Editorial code of conduct
Due to technical reasons, we have temporarily removed commenting from our articles. We hope to have this fixed soon. Thank you for your patience. If you are looking to give feedback on our new site, please send it along to feedback@globeandmail.com. If you want to write a letter to the editor, please forward to letters@globeandmail.com.
Comments