The news business is obsessed with moment. It's not wrong, necessarily: Timeliness is as useful a way of determining relevance in the face of information overload as anything else. But something will always be breaking, and as new news keeps happening, so-called "old news" falls by the wayside. More often than not, "old news" tends to be complicated narratives that require focus and attention, while surface-level breaking news is flashy, and temporarily easy to absorb. This was true before the Internet, but the dopamine hit that comes with each swipe and refresh of a social-media news feed hasn't helped.

For the past month, I've been intending to read the report on the residential schools put out by the Truth and Reconciliation Commission. My intentions were pure, but it was just never the right time to consider almost 400 pages of children's pain documented in bureaucratese. Meanwhile, all over the world, news kept breaking. I was relatively well informed, as long as I averted my eyes from the yawning gap in my understanding of Canadian history. I had missed the moment.

Then, last week, I came across a project started by a cross-country group of indigenous people: Erica Violet Lee, a Cree woman in Saskatoon; Zoe Todd, a Métis writer from Edmonton, and Joseph Paul Murdoch-Flowers; an Inuit lawyer in Iqaluit. Under their direction, 89 people across the country divided the report into sections and video-recorded themselves reading it out loud. It's all been uploaded to YouTube under the hashtag #ReadtheTRCreport.

Watching the videos isn't less of a commitment than reading the report. At about 15 minutes a section, the entire project will require over 22 hours to watch, and I've only made it 10 sections in. What the videos do provide are a direct, intimate experience. The narrators' voices betray anguish and anger as we watch them in their cozy homes, or in front of uniquely Northern landscapes (especially breathtaking is the expanse of Nunavut behind Murdoch-Flowers). Broken up into small moments and infused with their humanity, the report becomes much more digestible.

Two completely opposite sections have stood out for me so far. The first is the one read by Johnny Kasudluak, an Inuk from Inukjuak in Nunavik (northern Quebec). His section is a chunk of that incomprehensible government jargon that I feared wading through, the process and justifications for how the commission's research was conducted. Watching Kasudluak stumble through his commitment convinced me to stay the course, too. Chances are, if I'd been reading the poorly designed government PDF of the report alone, I'd have flipped to social media partway through.

Just as moving, but more painful, is the part handled by Edmonton professor Keavy Martin, whose section is the first time the report gets into details about how families were forcibly separated, under threat of law. She pauses and presses her lips together talking about children's arrival at the schools. Some of them never said goodbye to their parents. At the schools, they were separated, maybe forever, from their siblings. Their beautiful hand-beaded clothes were thrown into the garbage in front of them, or burned.

The thing about truth and reconciliation, the concept, is that it will never be fast. Before this report, the only Truth and Reconciliation Commission that I knew of was the one formed in South Africa, after the end of apartheid. It turns out that dozens of other countries have had similar commissions, including Chile, to reckon with the Pinochet regime; South Korea, to detail the realities of the journey to democracy; and, just four years ago, Sri Lanka, to try to unravel the atrocities of its civil war. None of those countries is entirely at peace with its past, and likely none of them will be any time soon.

South Africa's official, government-mandated segregation came after centuries of racism and violence. Apartheid lasted 46 years. Two decades later, black people continue to experience the most poverty and related suffering of any ethnic group in the country. So it's not surprising to me that, in 2013, the annual South African Reconciliation Barometer reported that black South Africans were far more likely to report personal racial prejudice than their white or mixed-race counterparts. Truth, or honesty, is very rarely pretty, and the truth is, their wounds are far from healed.

Here in Canada, the residential schools system lasted more than 150 years, and affected at least 150,000 children and their families. There is no quick suture for such deep scars. The idea that six years of cross-country testimonials and one fat report could be dealt with in one breaking news cycle is wishful thinking, whether the wish is that healing didn't take so long, or that these tricky issues would just go away.

Missing the news moment for some complicated bit of information, doesn't matter. What matters when there's a chunk of research or history that needs grappling with is to stop waiting to find the time. Step out of the stream of news for a cycle, and just make it happen. Maybe there is no moment. Maybe the moment is now. 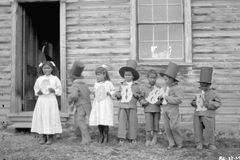 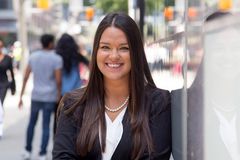 Opinion
How Ernestine showed me the road to reconciliation
June 30, 2015 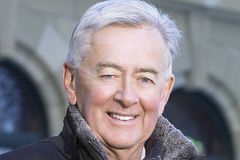 Follow Denise Balkissoon on Twitter @Balkissoon
Report an error
Due to technical reasons, we have temporarily removed commenting from our articles. We hope to have this fixed soon. Thank you for your patience. If you are looking to give feedback on our new site, please send it along to feedback@globeandmail.com. If you want to write a letter to the editor, please forward to letters@globeandmail.com.
Comments