If you've lost your taste for chocolate, maybe your bank account's to blame.

While it's well known that money can't buy you lasting happiness, researchers have found that wealth can also mess with your ability to savour the little things in life.

A new study from the University of British Columbia shows that wealthier people, and people who have money on their minds, don't take as much pleasure in simple joys such as going for a weekend getaway, finishing spring cleaning or eating a piece of chocolate.

"When you have a lot of money or are just thinking about having a lot of money, it kind of makes you feel you can have access to whatever kinds of great experiences you'd like," said assistant psychology professor Elizabeth Dunn, the study's co-author.

"If you know you can get whatever you want whenever you want it, well, you don't really need to pause and appreciate the little good things that are happening to you on a daily basis."

The findings of the study, titled "Money Giveth, Money Taketh Away: The Dual Effect of Wealth on Happiness," provide a key to the age-old puzzle of why money fails to give people as much happiness as they expect, Dr. Dunn said.

Researchers have long known that hedonic adaptation - the idea that people get used to whatever they have - is a powerful obstacle to achieving lasting happiness, she added. But the relationship between people's ability to access the best things in life and their enjoyment of everyday delights was, until now, untested.

In the first half of the two-part study, which will be published in the U.S. journal Psychological Science, co-author Jordi Quoidbach of Belgium's University of Liège asked more than 350 employees at that campus to report their life savings, ranging from less than €1,000 ($1,400) to more than €75,000, and their monthly income.

One group was shown a photograph of a large stack of euro bills, while the control group was shown the same photo blurred beyond recognition. The participants were then asked to fill in a questionnaire that asked for their reactions to a series of scenarios, such as finishing an important but mundane task such as repainting their home, spending a romantic weekend with a partner or encountering a waterfall on a holiday abroad.

The findings showed people who had a higher income and savings, as well as those primed with the photograph of money, scored lower on the measures for savouring, expressing less contentment, joy, awe, excitement, pride and gratitude.

Dr. Dunn suggested that even the mere reminder of money can affect people's answers, as a photo can conjure all kinds of associations they have with the concept.

In the second part of their study, the researchers asked 40 University of British Columbia students to participate in a chocolate taste test.

One group was again primed with a photo of money, while the other was shown a neutral photo. They were then asked to eat a piece of chocolate, while two observers surreptitiously watched and timed them.

Again, those who were primed with the money picture were observed to savour less, Mr. Quoidbach said. Not only did they show less positive signs of emotion while eating, they devoured their chocolates about 15 seconds faster than the average of 45 seconds.

Dr. Dunn said their findings pave the way for future research on whether adversity enhances people's ability to savour, and whether specific peak experiences, such as travelling the world, cause people to experience less enjoyment in other, more mundane events such as travelling closer to home.

The results of the study are not meant to convey that people are better off if they don't pursue wealth, she said. But, she added, they should serve as a reminder for people enjoying a comfortable, middle-class existence to step back and appreciate the little things they may have stopped savouring.

"If you do have a lot of money … perhaps think back to what things were like when you were a student or something, when every penny counted. …"If you don't have a lot of money, at least recognize that maybe there is something positive that you're getting out of that - which is the enhanced capacity to appreciate simple pleasures." 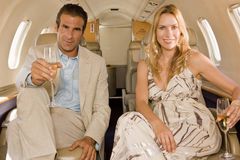 How to talk yourself into success
February 16, 2010 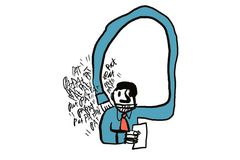 The value of clipping coupons
February 19, 2010 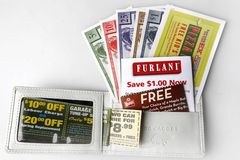