When he tees off today at the Masters at Augusta National Golf Club, Tiger Woods will be grappling with the same problem ordinary golfers face every time they're on the course: How do you rid your mind of distractions and focus on the game?

Granted, Tiger's got more on his mind than most: millions of people watching his every move, a sex scandal that has ruined his public image, intense media scrutiny from around the world.

But even for weekend warriors, thinking about the big meeting on Monday or marital problems can make their game go down the drain.

It's not enough to abide by Chevy Chase's advice in Caddyshack to "be the ball." Nor will telling yourself to be Zen do much good. But by following a few tips from golf psychologists, you'll be hitting fairways and dropping birdie putts in no time.

Ignoring the thoughts and feelings you carry with you to the course is a guaranteed way to rack up bogeys. Golfers can't just push stuff out of their minds, says Doug Smith, founder of The Pro Mind, a psychological services company in Ontario.

"They have to be aware that their mind is full of junk," Dr. Smith says.

But rather than try to push those thoughts away, you should embrace them.

To perform optimally, golfers should take account of all the distractions they're dealing with and then tell themselves that for the next few hours it's all about the task at hand.

A pre-shot routine could be taking two practice swings and visualizing the shot, or standing behind the ball and feeling the shot. There's no one-size-fits-all routine.

For it to be effective, a player has to commit with intensity, Dr. Cohn says. Do it without fail and the routine will help you hit a great shot even as it allows your mind to wander off to outside distractions.

Be a Golfer and Nothing Else

Do you know what's made Tiger the greatest player in the world? When he's standing on the first tee, he's not a father or a pitchman or a husband. He's a golfer and nothing else.

"Tiger has said that inside the ropes is where he longs to be, which is on the golf course. And when he's inside the ropes he doesn't have any worries. All he has to do is play great golf," says Gregg Steinberg, a mental game coach and author of Mental Rules for Golf.

Training yourself to let go of the outside distractions in your life by telling yourself over and over again that you are only a golfer will help you focus.

Most golfers stand on a tee with way too much on their minds, says Bob Skura, a golf psychologist and author of How Great Golfers Think. Not only are they worried about the alignment of their shoulders, the firmness of their wrists and all the other technical aspects of the game; they're also often brooding about a recent argument with a co-worker or other pesky details from their lives.

To find focus, get down to basics, Mr. Skura says.

He recommends directing all your mental energy toward visualizing the shot you're about to hit and asking yourself if you feel comfortable at the tee.

The more you focus on just one or two basics, the likelier you are to play at your peak.

Remember to Have Fun

Golf has more frustrations than Tiger has mistresses. You skull the ball 20 yards. You hook it deep in to the rough. Next thing you know, you're throwing your driver in the lake. Give in to these annoyances, and chances are you'll start thinking about all the other things in your life that are bugging you.

As well, most golfers will tell themselves they can't hit a driver straight, or they can't get a chip close to the pin. Tiger doesn't think that way. Instead, the world's greatest golfer is always telling himself he can do anything on the course. That attitude translates into positive results. And it has to be practised.

"There's no reason to obsess about it if you can't do anything about it," Dr. Cohn says. "Park it and try to have fun." 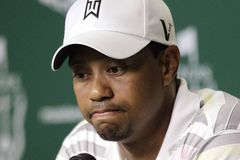 Nike tries to help Tiger out of the rough with TV spot
April 7, 2010 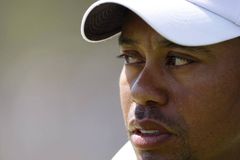 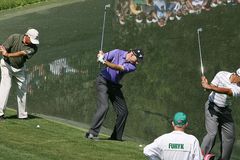