At every turn in the fashion landscape, they are there, laughing, posing, carefree and beautiful.

They are cultural icons, simply because they are young, in their luminescent 20s or younger, the time of life we fetishize. We want their skin, their waistline, their hair, their exuberance, their freedom.

And yet, the decade of life that the fashion world glamorizes is the one that the culture at large dismisses. It has a dysfunctional relationship with those who are young. We admire their beauty but are suspicious of their intelligence. (Witness the response to Lena Dunham's $3.6-million book deal a few weeks ago, causing people to question whether the creator of HBO's Girls is worth it.) We long for (and emulate) their glowing vitality, but we marginalize their contributions. We pay attention when some break through the mainstream cultural-attention barrier, but we're reluctant to take them seriously.

We simply consume them, in one way or another, for our pleasure, our use, our entertainment.

I readily admit that I don't watch The Bachelorette for anything other than perverse pleasure. Do you? But I'm quite sure that the participants aren't agreeing to appear on the reality show in order for us to snicker at them gleefully in our living rooms over a TV snack of whole-grain chips and a glass of pinot. It's as if we parade young people into the cultural Colosseum to have them distract us from our workaday lives, to see who will fall, what or who will slay them, who might survive. And we sit by, observing from the stands, unwilling to help much when they flounder. Isn't that why we're weirdly fascinated with Lindsay Lohan's shenanigans?

The irony (some might say the tragedy) is that the current generation of twentysomethings, the Millennials, are the ones who are helping to reinvent – even save – the world with their technological wizardry and environmental passion (or they have the ability to, anyway). And yet we infantilize them, calling them kidults, pre-adults, adultescents, thereby disempowering them.

Those new nicknames for twentysomethings have come on the heels of a documented shift in life scripts. Marriage and parenthood – once considered the goalposts of adulthood – have been moved back. The average age at first marriage in Canada is older than ever before. Between 1972 and 2008, it changed from 22.5 to 29.1 for women and from 24.9 to 31.1 for men, according to Statistics Canada. But many of the experts who have jumped into the fray to analyze this shift have only helped to further marginalize the young. In his 2004 book Emerging Adulthood: The Winding Road from Late Teens Through the Twenties , Jeffrey Jensen Arnett legitimized delayed adulthood and the failure-to-launch syndrome by recommending that the period be considered "a new developmental phase" during which complex brain functions fully mature. He encourages Millennials to think of their 20s as lost odyssey years, to be spent without a care before real life starts at 30.

That message troubles Meg Jay, a clinical psychologist whose new book is The Defining Decade: Why Your Twenties Matter – and How to Make the Most of Them Now . "Twentysomethings interpret that as 'I'm not a grown-up. My real life hasn't started yet,'" she says on the phone from Charlottesville, Va., where the 43-year-old mother of two has a private clinical practice with young adults. "I can't tell you how many times in a week young people say to me, 'My relationship may not be right, but it doesn't count' or 'My job doesn't count' or 'These years don't count.' That's the disservice of the emerging adulthood message. They think real adulthood comes later and [they] say, 'I'll start panicking and get going at 29.' What they don't realize is that they've missed what are developmentally the most critical years of adulthood."

The cultural majority has a top-down wiser-than-thou parental attitude toward the young, so the angst of the twentysomething is pathologized. Some of that comes from our own memories of youth. We may want to look like a 20-year-old – and we can try, of course, if we're okay with having a sculpted, Botoxed uniface – but we recall our youthful mindset as bumpy. I think of my 20s as a time of effortless exterior beauty masking unattractive inner turmoil. As you get older, that balance shifts – you get prettier and smoother on the inside while the exterior deteriorates. If only I could flash my full-frontal cortex!

But I don't think we should try to erase the uncertainty that comes with the wrinkle-free territory. It's productive. It drives you to figure yourself out. That's what we all did. Helicopter parents who want to smooth their children's path to a mistake-free adulthood are irresponsible. Failures are evidence of experimentation and they can lead to better careers and healthier relationships as the person learns what he or she really wants. Interestingly, the publishers of Jay's book suggested that she aim it at the parents of twentysomethings. But she refused. Young people should take responsibility for their lives – and we should let them.

I hate that adage that youth is wasted on the young. It's so defeatist, and it comes with a whiff of patronizing bitterness and jealousy. Usually, it is uttered by people who are older, who somehow resent the young – the beauty and possibility they possess and the fresh intelligence that threatens those in positions of authority.

It's far more responsible and generous to think of youth as a stage we all get a chance to dance on. As Millennials take their turn, we should be ushering them into the spotlight, clearing them a space, not as some sideshow, but to attentively listen and watch in order to see where the world could be headed. 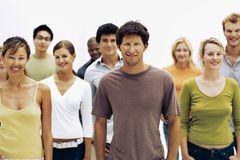 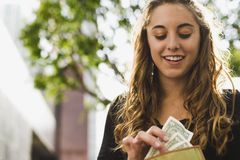 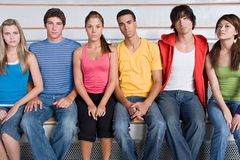