Consider the failed quest of American swimmer Diana Nyad. On her fourth attempt over three decades to swim from Cuba to Florida last week, she was pulled shivering from the water, covered in jellyfish bites, a day before her 63rd birthday.

Ms. Nyad's swim was titled Xtreme Dream, and according to reports, even her friends had become concerned that she was unable to move past a goal that had become unrealistic since she was a young woman.

There is another important list: the Fu…geddaboutit List. It obviously rhymes with Bucket and it is my kind of list. Maybe it should have been Diana Nyad's.

This is a more realistic and liberating tally of all the dreams, aspirations or even daily shoulds that you toss overboard, deciding they no longer work for your age and stage, or that you just aren't that person any more.

I have one friend who just returned from climbing Mt. Kilimanjaro for a charity cause, a huge challenge that both scared and captivated him.

Climbing Kilimanjaro is definitely on my F-list. The only climbing I'm remotely good at is social. And a friend just moved Machu Picchu to her F-list. Someone invited her on a two-seater plane ride to see the top. "I can see it on the Internet," she said.

This is a woman who has hiked through China staying in monasteries, and climbed a mountain in Nepal for literacy, so she is no couch potato when it comes to far-flung feats of derring-do. "I want to focus more on my interior rather than exterior life," she says.

Moving a dream or desire onto your fuggedaboutit list can be seen as a middle-aged defeat, the draining away of ambition, or even a languid embodiment of the "I get no kick from champagne" jadedness of a Cole Porter song.

It's also risky because, as researchers point out, most people on their death beds regret what they didn't do, not what they did.

But it's also a way to move forward. To take stock of yourself as you are, and not as you wish you could be.

It can be high time to jettison a dream if it is no longer attainable. Interim Liberal leader Bob Rae struggled with this last June as he announced he would not seek the leadership. Bob, I hope your F-list now includes making nice with all the two-faced party honchos. Fuggedabout it! I once yearned to do a night of standup at a comedy club. I really thought I had the chops. Now you would have to pay me to go to a club even to hear someone else.

And my husband, who paddles his bright yellow canoe on Lake Ontario on summer evenings, says he has moved winning the Olympic gold medal in canoe/kayaking over to his fuggedaboutit list. (A wise decision.)

F-list items can be things you have to stop wanting because life got in the way. A successful friend, sidelined by illness from her high-profile job, confesses she has edited out "being centre stage." (I will hold onto that one till the last neuron in my brain won't let me write.)

She also recently put "having a perfect marriage" on her F-list. A marriage can be strong, she decided, but it can't be perfect and understanding (finally) what you are not going to change about your mate is as arduous as climbing a mountain.

Sometimes you just change your definition of cool. Showing up at every opening, or wearing the hottest new wardrobe item are on many people's F-list by the time they reach 30.

Television goes on my f-list. I don't mean watching it, I mean appearing on it. Occasionally I'm invited, but hi-def and bright lights make me nervous. However, radio will never be on my F-list, because it is more like having a great conversation with someone interesting.

If we don't change or shape our dreams as we age, we're not growing, or living a fully examined life.

It surprises me that when it comes to writing, all my original dreams are still on the table – don't I ever give up? Plus some new goals: political speeches (someone's got to raise the bar), a play about the newspaper business ("The Last Front Page"?) and a great Canadian non-fiction book that goes to the very heart of being a modern middle-aged woman. 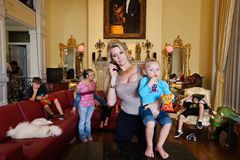 When are babies and boardrooms going to be compatible?
July 19, 2012 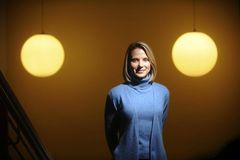 Is it time for the second coming of Trudeaumania?
August 16, 2012 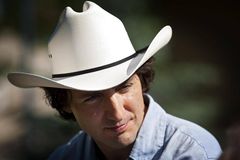