Don't speak until spoken to, drink in moderation, no texting from the wedding - royal protocol can be a real drag. So for the 99.9 per cent of royal fanatics who aren't attending Prince William's wedding - presumably because their invitation was lost in the mail - there are plenty of ways to get past the blinding disappointment of not personally witnessing Will and Kate's balcony kiss. Sure, you could watch the televised action from home, curled up on the couch with a cup of Red Rose, but why reduce yourself to a peasant's station when you can get out of the house and soak up the early-morning scene with a host of royal revellers? Herewith, a guide to the city's best venues for watching the Windsor nuptials:

Boasting a string of royal guests in their century-long history - including King Edward VIII, after whom the hotel is named - the King Edward is hosting a traditional English breakfast in its Sovereign Ballroom. Prepared by head chef Daniel Schick, the scone-laden menu sounds like it was taken straight from a scene in The Importance of Being Earnest. But rather than talk of the young Cecily Cardew, all conversation will presumably revolve around Ms. Middleton's dress. Aside from three-tiered scone stands, there will also be dodgier menu items available (namely black pudding), all for the sake of keeping things British. They've even created a special blend of commemorative tea, but no word yet if it will be served in the commemorative china.

What do Vegas and the Royal York's afternoon tea have in common? Not much, but on the early morning of April 29, royal look-alikes are encouraged to attend in their Buckingham best. Regal resemblers will even receive a commemorative gift, so expect them to arrive in swarms. For the broadcast itself, the Royal York is offering two separate viewing parties. For ladies-who-tea in feather fascinators, the plush Library Bar is offering scones and finger sandwiches. Falling on the other end of the breakfast spectrum, the EPIC Lounge's menu resembles another pillar of British dining, the fry-up. Expect eggs, bacon rashers, braised mushrooms and baked beans. A mailbox will be set up for guests to submit their best wishing notes to the royal couple. Just don't accidentally give it to the dude in Kate Middleton drag.

The name Sarah Doucette may ring a bell as the city councillor who unsuccessfully sparked the noble bid to let bars serve alcohol during the 5 a.m. broadcast. Alas, city hall was not amused. An over-the-pond ex-pat herself, Ms. Doucette will hardly let this be a setback for celebrating as the future king ties the knot. Instead, she's hosting a public viewing party at the Swansea Town Hall in her ward. Expect a light breakfast and, just maybe, watch out for Ms. Doucette disappearing into a corner to, well, enhance her Earl Gray. You can take the woman out of Britain…

For $675, the full Royal Wedding package at the Windsor Arms includes a one-night stay, twilight tea the evening before, breakfast and the live broadcast in the morning and a commemorative gift. For those not wishing to make such a financial commitment, the royal package is also available à la carte. Watching the live broadcast in the Courtyard Café costs $125 and comes with a traditional English breakfast. Plus, "robe attire" is optional, which one can only hope is the prim way of saying "pajama party."

The folks at On the Park have taken it upon themselves to turn the live broadcast into an all-out tourist experience. Tower of London Beefeaters, a Scottish bagpiper, a 17-foot HD screen and a horse-drawn carriage make this the Disneyland among Royal Wedding parties. (Literally. The carriage is the same one that was used in the 2001 made-for-television film Prince Charming.) Head chef Alastair Gray is no stranger to cooking for the Windsors, having fed Prince Philip, Princess Margaret and Princess Michael of Kent. Which, amidst the London guards and queenly pomp, is perfect for pretending you're actually at the Royal Wedding. Just close your eyes and chew.

Perhaps the most disappointed by councillor Sarah Doucette's inability to make the televised Royal Wedding a tipsy affair, the Fox and Fiddle on Wellesley Street is going to celebrate the nuptials nonetheless. The kitchen opens at 5:30 a.m. and is offering their regular brunch menu. While the English-style pub might not bare the pomp and circumstance of the King Eddie - with nary a three-tiered scone platter to be found - at least patrons won't have to go far for a spot of celebratory gin once the clock strikes 11 a.m. 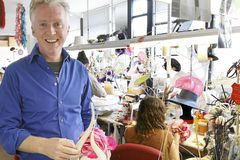 Kate Middleton to design her own wedding gown
April 18, 2011 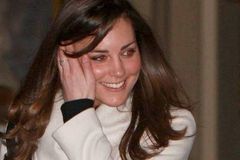