Who knew? Mitt Romney burbles the phrase "binders full of women" on Tuesday, and by Thursday it's a global Internet punchline, a three-ring meme circus featuring countless tweets ("Do I look fat in this binder?"), endless hash tags (#bindersfullofwomen), a new Facebook page with at least 340,000 likes, brand new websites devoted to women's election issues (bindersfullofwomen.com), fake Amazon ads, videos and country songs, all mobilizing female voters – and not in Mittie's direction.

Somehow, again (viz. the dog tied to the roof of the car), the candidate has handed the world a nonsense phrase that magically coalesces everything that makes certain voters nervous about him – his corporate roots, his love of hierarchy, his stabbing diction, his hula-hoop-era views of women, maybe even his Mormonism.

The man even acts, sounds and moves like a binder: stiff, clicky, snappo, retrograde.

(Turns out he lied about creating the binders, which contained a selection of women to consider for his cabinet in Massachusetts. The binders full of women were produced by women.)

We now know what "binders full of women" suggests for countless female voters. But what does it say about poor binders, those faithful friends of students and office managers alike? One of the first post-debate binder jokes to show up online was a photograph of Hillary Clinton poking her BlackBerry under the thought bubble "Romney still uses binders?"

But lots of people do, as a stroll through the city's stationery departments makes clear.

We begin at the low end, at Honest Ed's, the vast dollar store in downtown Toronto. There is no more depressing place on Earth at 2 o'clock on a rainy weekday afternoon – the toilet stall light, the old guys sifting through bins of flannel shirts, the old women buying bargain meds (women full of binders).

It is here, ma'am or sir, that you find your low-end binder: your Office Worker brand one-inch O-ring binder (the O-ring is cheaper than the D-ring, for reasons we will get to later) in what is supposed to be très moderne jaundice-yellow polypropylene or traditional royal blue vinyl, for $1.19. A standard binder is never a thing of beauty, but these make you want to smoke crack.

Ed's has other binders, such as the Hilroy Wipe, with writeable/wipeable polyethylene cover, popular with high-school students who like to doodle as they doze. But it's not what you would call a vast selection.

At Staples – Mr. Romney's first investment as CEO of Bain Capital, before he unloaded it for seven times what he paid (no wonder the man likes binders!) – the offerings are broader and more corporate.

The cheapest binder here, the 1-inch Avery (headquartered in California, manufacturing mostly in Mexico), sells for $3.91. Not that the binder aisle is teeming: There are more customers in Planners and Organizers and Wall Files and Padfolios (a closable holder for your looseleaf pad, ooh).

As binder prices rise, binder features multiply. And oh, what features they are, the stuff of a stationery nerd's deepest longings. Staples' in-house half-inch Better brand binder comes with a grippable rubber edge, for better edge grip, and a flexible "window" cover.

(And I'm not even talking about the Proustian sensual memory-pleasures of a binder, the snappy clack of closing, the whump of an empty three-incher smacking shut, the ever-present danger of nipping your thenar, which doesn't even happen any more – the pincing yawp of the newest binder opens and closes with a single digitation, baby.)

The wider the binder, the more it secures: Avery makes a $26 five-incher that hefts a double ream of 1,000 pages. Mitt Romney could pack a lot of women into a five-incher. Or so he would like to think.

These are business binders, industrial-strength holders no self-respecting woman would want to appear in. High school students, I am informed by Denise Liu, the binder specialist at Midoco, a discerning art and stationery store in the Annex, prefer the flashier Mead 5-Star binder built into a bright zippable case. Binder love has not slackened among high-schoolers: Ms. Liu restocks the store's binders at least once a day.

But here is the sad news: Walking later through the University of Toronto with older students, it's easy to sense the beginning of the end of the binder, given all the laptops and iPads.

"What's a binder?" an 18-year-old kinesthesiology student named Alex replies when I ask if she uses one. She's sitting in front of the U of T Bookstore, which breasts whole brackets of binders bearing the U of T crest. Students find them expensive.

"Binders are too chunky," her companion, Shabine, adds. "And they're too ugly."

There is, of course, a certain kind of student who does use a binder. "I would say if you're a pen-and-paper person," a second year commerce student named Ervin Cheah explains in an outdoor cafe, "then you probably have binders." He has two. If you are an organized scholar who likes to print out the slides and charts your professor posts before a lecture and file them with your relevant classroom notes, who then studies by cross-referencing and flipping back and forth, then you probably like a binder. A binder calms an able but anxious mind.

But such students are less common. Mackenzie Cohen, Mr. Cheah's companion, used binders in high school, but "papers always slipped out." She has turned to notebooks, which "are smaller, and easier to transport" – especially in the large purses preferred by many females on a city campus.

(You know what are back, big-time? Paper daytimers. My heart swells to say this. Midoco needs three revolving racks to meet demand for paper agendas, some of which are stunning. "It's so much easier to read stuff in a paper planner," Ms. Cohen admits. "And you can see so much more at a glance.")

Even at the high end of the whirling stationery universe, their popularity is cracking. But that fact doesn't make luxury binders any less beautiful. It's at Laywine's, the city's best pen and stationery store, that you find French binders such as the Clairefontaine "Mohair" model, photo-laminated with knockout knitting patterns.

Europe is the true home of the binder, Peter Laywine, the store's owner, says, "because instead of having filing cabinets, they would have shelves and shelves and shelves of ring binders." My. Laywine is the kind of guy who, after 25 years, is on his second Lefax binder (the leather-bound, wallet-sized six-ring looseleaf binder that inspired the Filofax).

The European binders he's talking about aren't neon TrapperKeeper binders festooned with snot and dolphins, either. They're made of grey marbled paper and feature lever-arch two-ring clasps, the direct descendant of the original temporary paper binder. That was patented in the United States by Friedrich Soennecken, an inventor from Bonn, in 1905 – at a pinnacle of monopoly capitalism that followed a string of globe-threatening financial scandals marked by loud anti-corporate outcry. Nothing changes, even with binders.

The most exotic binder Mr. Laywine carries is a handmade, Yolanta Ash-designed soft-leather, rollable 8-by-12 three-ring half-inch binder for $280. It feels like an animal. Film companies use them to secure the cast's scripts on a movie shoot. They're so popular he has had to find a new supplier.

Mr. Laywine can and will happily discourse on the relative merits of D- and O-ring binders (capacity vs. readability), the European four-ring and the North American three-ring binder (four rings can hold European paper sizes, which is important in a store that specializes in fountain pens, which are also back, bigtime); and whether Germany's Krause binder ring is superior to the Leuchtturm1917 springback binder (which has no rings) or the Chicago Screw (or turnbar) binder, the kind you expand as you go. (Leuchtturm also makes its version of a Moleskine diary, "except that it's better, because the pages are numbered. How great is that?")

But even fine binder sales are slipping, Mr. Laywine admits. "That's one of the things the paperless society has taken away. Looseleaf is a thing of the past." Mr. Romney's loose lips are a different story.

Romney's 'binders full of women’ gaffe, and why women should be furious
October 17, 2012 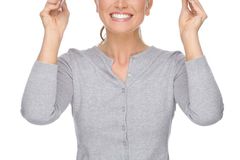 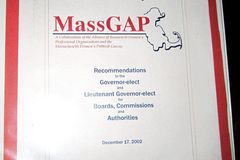 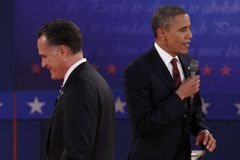