In 1982, in the chaos of a bloody battle during the Iran-Iraq War, Iranian child soldier Zahed Haftlang saved Iraqi soldier Najah Aboud's life. Twenty years later, a coincidental meeting half a world away in Vancouver allowed Aboud to do the same for Haftlang.

"He is my brother from another mother," Haftlang says as he takes Aboud into the warmest embrace the entranceway to The Globe and Mail's British Columbia bureau has perhaps ever witnessed.

Zahed Haftlang was 13 when he joined Iran's Basij paramilitary, running away from his abusive home. What he faced was beyond comprehension, including the night he and the other child soldiers were made to run through a minefield – human shields getting blown to pieces so the others could follow more safely. Haftlang was good with bandages and trained as a medic.

Najah Aboud was 28, running a successful falafel restaurant in Iraq, when he was called back for military service in 1980. He was assigned to tank duty.

Their story is told in the just-published book I, Who Did Not Die: A Sweeping Story of Loss, Redemption, and Fate. Just published, it is one of those you-wouldn't-believe-this-if-it-was-fiction books.

"You're always hoping for a story like this, one that's so unbelievable that I almost didn't believe it. I was a little skeptical and I kept trying to trip them up a little bit with questions to see if their stories would differ," says U.S. journalist Meredith May, who co-authored the book with the men and joined them for an interview last week.

Their lives intersected in Khorramshahr, Iran in May, 1982, during a notorious battle between Iran and Iraq. Aboud's tank was attacked. Escaping into the bedlam, he was hit – but managed to make his way into a bunker with a few other Iraqis.

Haftlang was ordered at nightfall to search the bunkers, give medical aid to wounded Iranians and shoot any Iraqis. "I had never killed anyone, and I really, really didn't want to," he writes.

In one bunker, he heard moaning from the bottom of a pile of bodies. He pulled the corpses off and found a blood-soaked man. "I hoped he would die on me," he wrote.

It was Aboud, who appealed to the boy. "Muslim," he said. He reached into his pocket to show Haftlang his Koran. Haftlang paged through it and found a photo of a woman and a baby.

"He's not any more a soldier," Haftlang said during the interview, looking across the table at Aboud. "He's a human."

In that bunker, they could not communicate with words; they spoke different languages. "He smiled to show me I'm okay," Aboud says. "It was like an angel came from space."

The woman in the photo was Aboud's girlfriend. They had met back home, found a way to talk secretly, fell in love – and had a single passionate encounter. Aboud did not know that she was pregnant until he returned home on a medical leave and met his baby. With a Polaroid camera, he snapped the photo that would later save his life.

Haftlang did more than not shoot Aboud. He fed him water, injected a painkiller, bandaged him up. "Shhh," he said. He returned and jerry-rigged an IV drip. He eventually got him to a hospital.

Both men survived the war. But they went through hell. Both were POWs – Aboud for 17 years. Both were treated abysmally. Both were held long after the war ended.

Their unlikely reunion happened in 2002, in a Vancouver waiting room.

Coincidentally, both men had settled here. Aboud had used his brother's Canadian passport to board a flight to Vancouver and claimed refugee status.

Haftlang found work in Iran as a ship mechanic, but at one point, when the ship was in Vancouver, he clashed with the ship's captain and ripped a framed photo of Ayatollah Khomeini off the wall and smashed it to the ground (Haftlang had quite a temper). To escape possible imprisonment, Haftlang dove into the icy waters of English Bay, where he was rescued by a kayaker.

Some time later, Haftlang, living at a refugee centre, was despondent. One day when his roommates left to celebrate Canada Day, Haftlang decided to end his life. He was hanging from a ceiling beam when his friend returned for his sunglasses. Haftlang was rescued and taken to hospital.

Two days later, Haftlang visited VAST, the Vancouver Association for the Survivors of Torture. That same day, Aboud and his brother took their father, who had also emigrated and was having trouble adjusting to life in Canada, for a counselling appointment – at VAST.

In the lobby, the waiting men greeted each other – "Salaam" – and a conversation began; chatty Haftlang pressing, reluctant Aboud pretending to read his magazine.

"We didn't recognize each other," says Haftlang.

They began to share details of their lives during the war, and finally came to the battle in Khorramshahr.

Haftlang spoke about finding a dying Iraqi with a Koran and a picture of a woman and baby inside.

Aboud was stunned. "This mine – I have Koran, I have [a picture of] my boy, my wife!

"I started to shout," he continues. "We lose our control. He shout and I shout." The centre's staff came running, concerned things had come to blows in the waiting room. Instead they found two men embracing.

"I had a depression. I cried between seven and 11 times a day. And he had depression too," says Haftlang. "Our depression, it's gone," he says, snapping his fingers and bursting into a laugh. "I did not [need] any pills any more, from 2002 until today." Haftlang, who had saved Aboud's life 20 years ago, was now saved by his reunion with Aboud. "What comes around goes around," he says.

That year, Globe and Mail journalist Robert Matas wrote about their story. It has since generated enormous interest. I, Who Did Not Die was published Tuesday in Canada and the United States.

"Right now, especially when you have a certain North American world leader demonizing people, it's our job as reporters and artists to humanize those very same people," says co-author May.

Toronto-based filmmaker Ann Shin has been following their story for five years.

"I met them and over cups of tea I heard their stories and I was bawling," Shin says. Her short documentary My Enemy, My Brother was nominated for an Emmy and shortlisted for an Oscar. A feature-length doc of the same name will premiere at Hot Docs next month. "In light of current affairs, it's a really inspiring and positive story of two Muslim men who rose above their circumstances and I think a beacon to us all, really," she says.

Haftlang, 48, lives in West Vancouver with his wife and two children and runs an auto-mechanic shop in Port Coquitlam. Aboud, 64, lives in Richmond, B.C. He has a flea-market stall and a moving company.

Haftlang and Aboud talk every day. They call each other brothers. 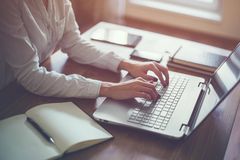 Indigenous chefs aim to raise awareness of their food traditions
March 27, 2017
Follow Marsha Lederman on Twitter @marshalederman
Report an error Editorial code of conduct
Due to technical reasons, we have temporarily removed commenting from our articles. We hope to have this fixed soon. Thank you for your patience. If you are looking to give feedback on our new site, please send it along to feedback@globeandmail.com. If you want to write a letter to the editor, please forward to letters@globeandmail.com.
Comments