Geniuses have been around forever, but they haven't always been geniuses. Socrates was revered as a wise man in his time, but, as author Darrin McMahon argues in Divine Fury, his new history of exceptional minds, the great men and women of Western culture were not thought of as "geniuses," as we now understand the concept, until the 1700s.

In Roman times, a genius was a guardian spirit that inspired people and revealed the works of the gods to them. (The word "genie" has the same root.) Great men (it was always men, back then) had genius; it would have been heretical to endow them with the creative powers of the gods.

During the Enlightenment, however, as religion's grasp on society loosened, writers and thinkers slowly began to refer to the great minds of the past as being geniuses.

This new reverence developed into something of a cult, writes Mr. McMahon, a professor of history at Florida State University. Mere mortals – Plato, Shakespeare, Newton and many more – were deemed to have transcendent powers of creation.

But, adds Mr. McMahon, like Albert Einstein, the father of the atomic age and the modern world's greatest genius, they also suddenly had something else: the power to destroy.

You point out that placing people on the pedestal of genius has had its drawbacks, historically.

Napoleon was a really critical figure because he realized that genius is an effective means of legitimacy. He came to power at the end of a whole century that vaunted the genius as the highest human type.

Here is a guy who can't claim democratic legitimacy, he's not heir to a dynastic line, and so how does he justify his power? He justifies it on the basis of his extraordinary capacity, his genius, and he does this very self-consciously from early in his rule. He is one of the first to exploit the cult of genius amongst the living.

You write that "the religion of genius was a precondition of Hitler's acceptance."

By the end of the 19th century, the idea that genius can serve a religious function is a common currency among many German intellectuals. The composer Wagner was an important proponent of a genius myth. He saw the function of artistic genius as articulating and crafting a new myth for the German people, for expressing the yearning of the German people. Hitler plays into this. Somehow he is the German will, the German people incarnate.

People tend to try to see themselves in the people they deem to be geniuses, don't they?

There's kind of a national or social inflection to different geniuses. There's an American version of that: Benjamin Franklin is thought of as the first American genius and then, later in the 19th century, it's Thomas Edison.

They're hailed as geniuses in part because they reflect back qualities that we like to believe are endemic to the American character. Edison is unschooled, he's practical like Benjamin Franklin, and, of course, he's out to make money off his inventions.

Is Steve Jobs a genius?

In historical terms, he's not a genius, in the sense that there was this great emphasis on original creation, of bringing something new into being. Jobs, almost by his own admission, is good at taking other people's creations, other people's ideas, and making them beautiful, making them user-friendly. Obviously, he's a visionary for our times. But the way in which genius is talked about historically, he wouldn't have been as such. We use that term very liberally today.

We use it liberally but, as you write, there's a certain equality to the idea of genius in all of us.

On the one hand, there's every reason not to regret the religion of genius and the investing of human beings with god-like powers, which can easily be abused. But at the same time, when we flatten our world such that everyone can have a genius for something, there can no longer be geniuses in a meaningful sense, and I think we've in some ways lost the ability to wonder. There's a human need for a certain kind of transcendence and wonder in the face of greatness.

The genius now is the guy who fixes your iPhone at the Apple store.

Exactly – at the Genius Bar. This is the irony. If everyone is a genius, then, strictly speaking, no one is.

Editor's note: An earlier version of this story, included, due to an editing error, an explanatory phrase in brackets saying that the composer Richard Wagner sought to articulate and craft a new myth for the German people "after their country's humiliating defeat in the First World War." In fact, Wagner was responding, in the 19th century, to the disunity of Germany after the disintegration of the Holy Roman Empire. 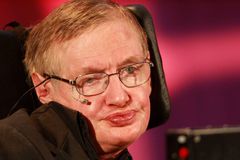 Where Einstein's genius bloomed
June 25, 2005
Follow us on Twitter @globeandmail Opens in a new window
Report an error Editorial code of conduct
Due to technical reasons, we have temporarily removed commenting from our articles. We hope to have this fixed soon. Thank you for your patience. If you are looking to give feedback on our new site, please send it along to feedback@globeandmail.com. If you want to write a letter to the editor, please forward to letters@globeandmail.com.
Comments