'Tis the season to shop till you drop - but also to suffer through terrible customer service. Here's your battle plan for successfully lodging complaints.

After years of feeling that consumers always got the short end of the stick in bad business deals, Toronto marketing specialist Nick Dumitru launched PencilTrick.com, a website where incensed Canadians can rant about awful customer service. It's become an effective tool for getting results because companies don't want a bad reputation, he says.

A frustrated man who had dropped more than $2,000 on a leaky home spa contacted Mr. Dumitru after several attempts at getting a refund failed. A few weeks after his story was published online, the company took notice and returned his money. Mr. Dumitru was happy to add the resolution to the original post.

"If they find it on Google, once they see their company coming up in negative results, they'll act," he says.

Jane Steele Moore will take your questions on how to launch an effective complaint at 11:30 am ET Tuesday.

Customers often go running into the arms of a competitor after they've had a sour experience, but few realize the difference that simply threatening to take their business elsewhere can make.

If you've reached your wit's end on the phone with your wireless provider, for example, say you want to cancel your account, Mr. Dumitru suggests. In most cases, the front-line agent will transfer you to someone in the retention department, whose sole job is to keep your business.

"They're empowered to do things that front-line person is not. They might be able to give you a discount or refund."

Permission to grumble Are you the type to never back down? What are your tricks for getting what you deserve? Team up with fellow readers to beat your frustrations.

Every time you talk to a customer-service agent or e-mail one, write down the person's name and employee number as well as what you discussed, says Douglas Simpson, president of the Canadian Council of Better Business Bureaus.

"If this is a complex issue, or you're dealing with a complex organization, you'll forget who you dealt with and what has been said."

Being able to document your journey through customer-service hell in detail can make your case that much more compelling and increase your odds of finding a solution if you reach senior management levels.

If it comes to it, don't be afraid to go after a company's highest-ranking employees, says Jane Steele Moore, founder of Complaints Are Us, a Toronto-based company that pursues grievances on behalf of customers.

She suggests searching a firm's corporate website for the newsroom or press section: These are often gold mines for executive e-mail addresses and phone numbers. She has used this trick dozens of times and says it's saved her countless hours of listening to nerve-grating hold music.

After United Airlines baggage handlers broke Halifax musician Dave Carroll's guitar, he complained to the company through about 20 exasperating phone calls and as many e-mails. After months of fighting, he gave up on his quest for compensation.

But he still needed to release his frustration, so he wrote a song, United Breaks Guitars , that went on to be one of 2009's viral YouTube hits. The key, he says, was the tone of the catchy song.

"It wasn't confrontational and I wasn't fighting and whining about it. I've been told by people all over the world that they appreciate the 'Canadian' approach."

And don't do this

Lie. Embellishing your complaint won't do you any good and could end up biting you in the end.

Freya Svensson is not the kind of customer you want on your bad side. The Pasadena, Calif. soccer mom bought a car from a local Volvo dealership in 2006. Her transmission failed, she had it replaced, but then it started to act up again. After multiple complaints to the dealership, they finally agreed to replace it -- but that offer only came after her warranty had expired. And so she chose an unusual course of action: she donned a horned Viking helmet (to get in touch with her Swedish roots, of course) and created a series of good-humored videos on YouTube documenting her quest for justice -- which seems to have been served this past week. What likely sealed the deal was one of her videos in particular, in which Ms. Svensson strums a guitar and sings in Swedish (with English subtitles) about her saga. 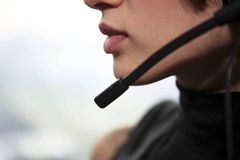