La longue nuit de Mégantic, by Montreal-based photographer Michel Huneault, is the culmination of his year-long project visiting Lac-Mégantic after Canada’s deadliest train disaster in almost 150 years. In the middle of the night on July 6, 2013 a train filled with crude oil derailed in the small Quebec town creating an explosion that destroyed much of the downtown area, instantly killing 47 people. The disaster has since been in the forefront of current national debates regarding energy transportation, safety and the environment. However, Huneault’s interest in this story is human and intimate, with a focus on the community and the aftershock.

The series of large-format and small photographs, predominantly of the town’s landscape, brings to mind the viewpoint of a wanderer, or stunned observer. Upon Huneault’s arrival within hours of the explosion, and subsequent visits throughout the seasons, he was able to capture an eerie calm that seemed to resonate across the community. Often at night he would return to the same streets, houses or sites, retracing the geography of the scarred place, sometimes encountering locals on a similar journey. As a result, the images convey the passing of time and evoke the emotions of loss, absence and searching, as they evolve over one symbolic year. 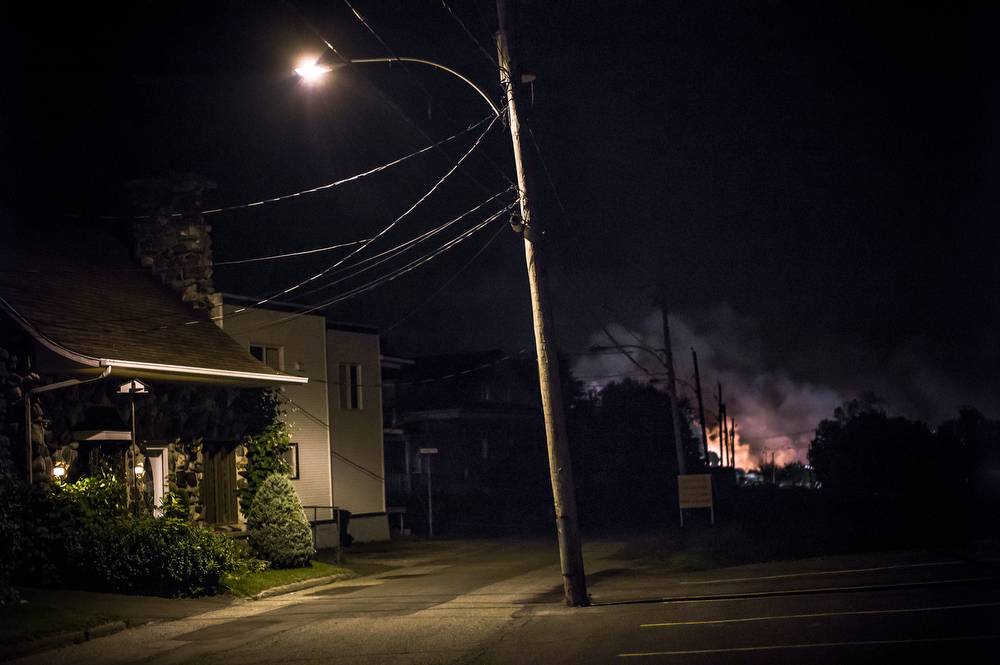 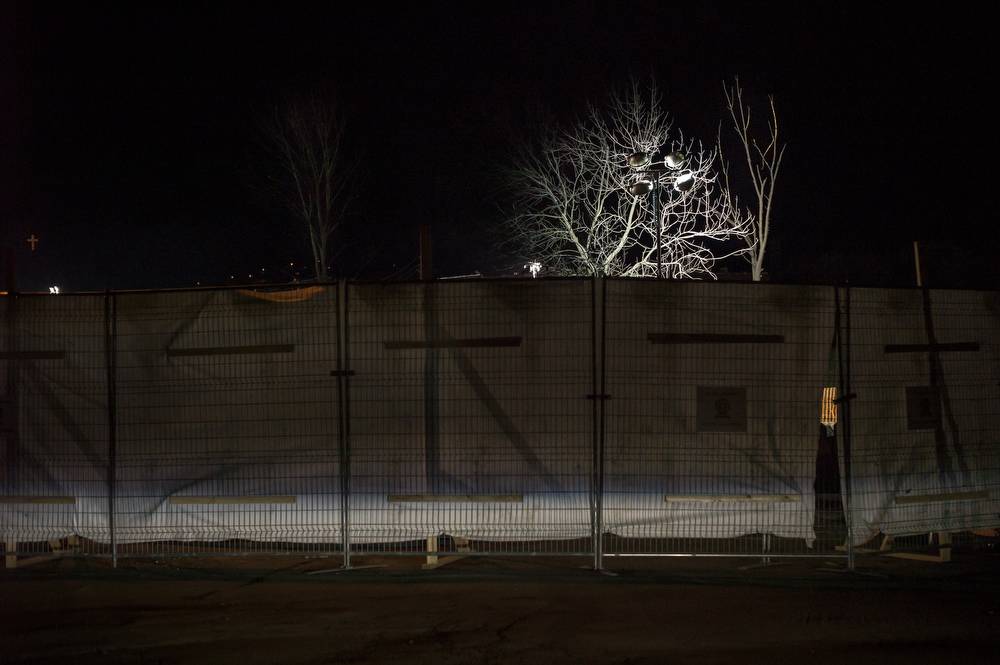 Burnt tree inside the red zone, behind the security fence. August 2013. 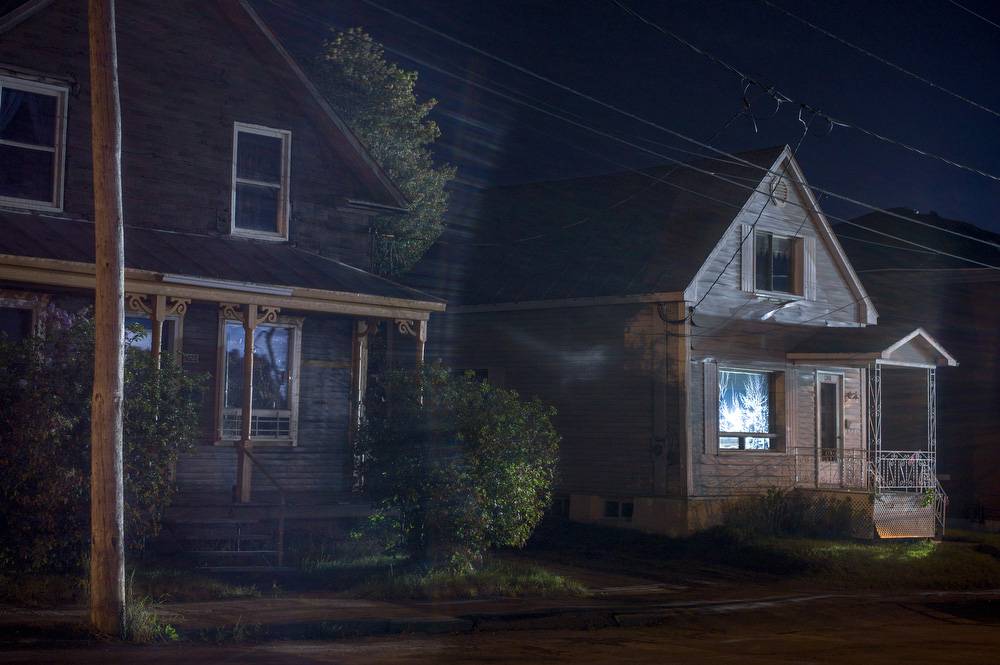 Houses lit by spotlights from the red zone. August 2013. 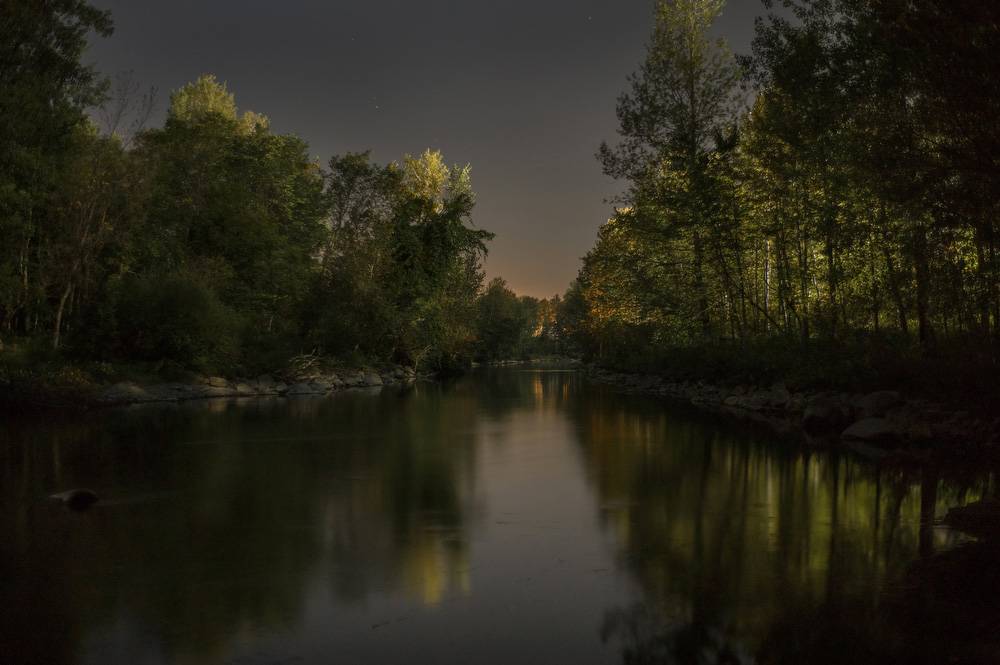 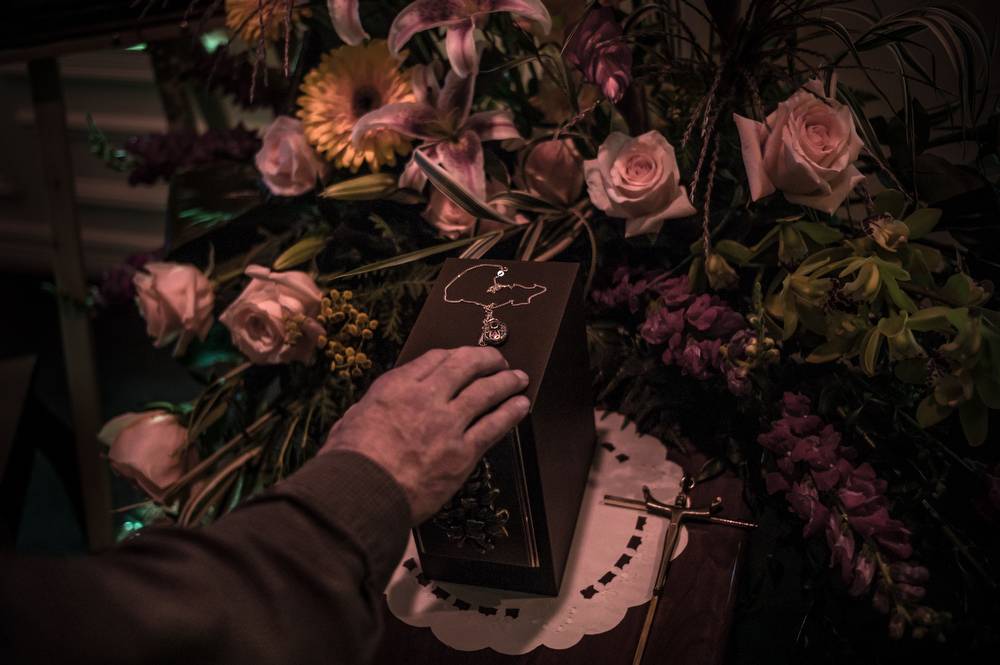 Funerals of one of the victims two months after the incident. September 2013. 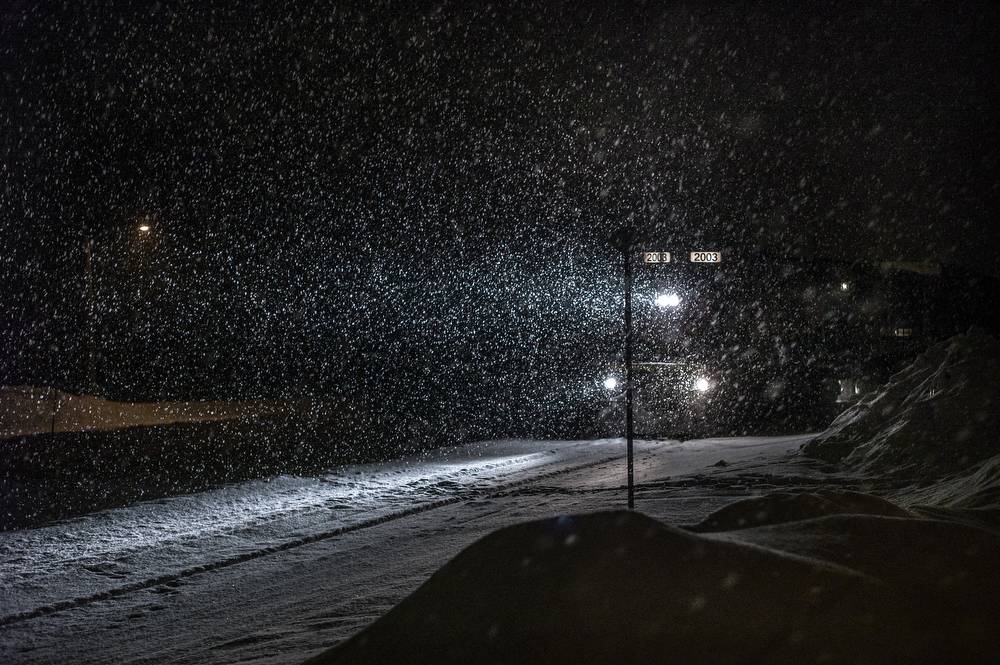 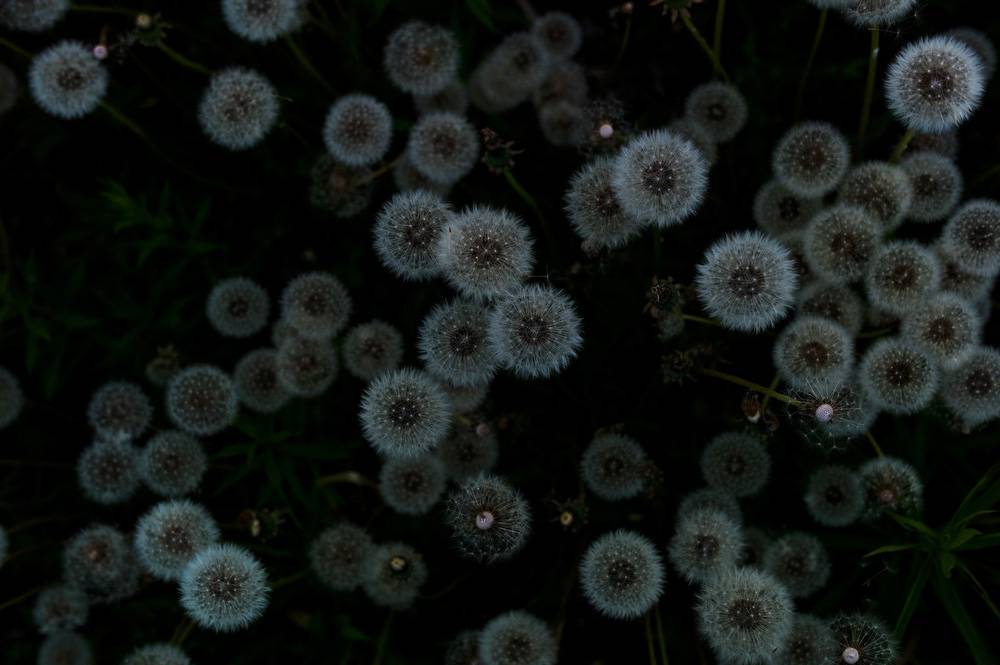 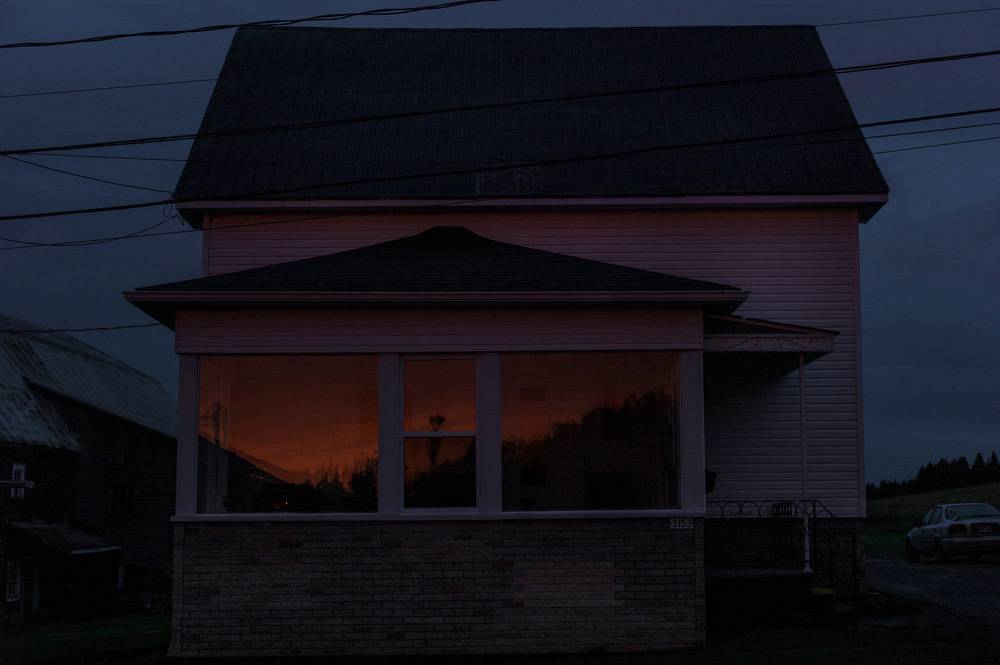 Sunset refected on a house in the Fatima district, a year after the explosion. July 2014. 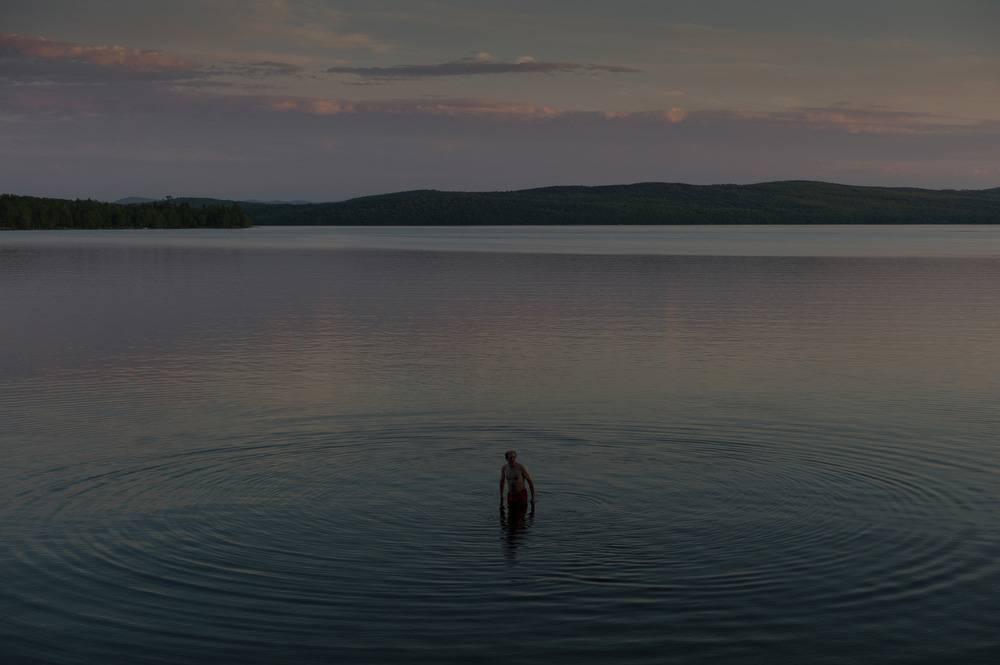