As Alberta manages through another economic storm, there have been disquieting signs that this time, the oil crisis that has precipitated mass layoffs and dramatic declines in provincial revenues is different.

That, in fact, this fiscal emergency will not pass and be followed by more happy days of $100-a-barrel oil and overflowing coffers.

It will be succeeded instead by a recovery that is much more modest in nature, a new normal for which Albertans need to start planning.

As she sits in her legislative office, just short of a year since her historic and unexpected election victory, Premier Rachel Notley doesn't dispute the premise.

But nor does she believe that a world where oil prices level off at a more modest rate, and where those same prices aren't fluctuating as wildly as they have in the past, is necessarily a bad thing.

She said in an interview that those price swings create a troubling level of volatility, which, in turn, makes economic planning more difficult.

She also noted that the buckets of money that the province was often swimming in led to incredible inefficiencies and waste, not to mention irresponsible public-sector wage contracts. (That last observation was mine). But Ms. Notley has full confidence that the province's oil and gas industry could manage quite nicely amid a more modest oil-price environment – and government could, too.

"If oil prices return to a more moderate level, I think there are tremendous opportunities for people inside the industry to manage that moderate recovery and for us, collectively, as Albertans to chart a more stable course, a stable, continuous level of prosperity," she said.

It has been a busy first term for the new Premier and her NDP government. She has pushed ahead with several projects – from controversial climate-change measures to a massive, deficit-financed infrastructure program – amid one of the nastiest recessions the province has known. She has faced a barrage of Opposition criticism for borrowing billions to cushion the economic blow, rather than cutting thousands of public-sector jobs. She believes she is on the right side of that issue with the public.

There have been mistakes: the ham-fisted way in which the government introduced new farm-safety legislation came back to bite it; an ill-conceived jobs grant program that had to be withdrawn; ill-judged, dollars-for-access fundraising schemes. On the other hand, the Premier has received wide praise for measures her government introduced in an effort to repair the province's dreadful environmental reputation – a move she believes was essential if Alberta hoped to get national support for a new pipeline.

On that front, Ms. Notley may be closer as the NDP and Liberal government in British Columbia are discussing an electricity-for-pipeline deal that would be a monster accomplishment if she is able to pull it off. Less apparent, however, are plans to wean the province off the oil roller coaster. The Premier has talked about the need to diversify the economy, but there was little in the most recent budget that spoke to that.

There were programs to create jobs, many of them construction-related. But there weren't any signs of new sectors opening up. You will likely not be surprised to learn that the Premier disagrees with that analysis. She said for starters, the climate-change plan will open the door to a burgeoning renewable-energy industry. There is no reason, she says, that Alberta couldn't quickly become a national leader in this area.

She said the government has provided money for other agencies, such as Alberta Treasury Branch Financial, to help sponsor startups. That, she said, is not the government's job. "We're not picking winners and losers," she told me. "But I can tell you the business fundamentals in this province are excellent. If I'm in Canada looking to establish a new business, where are you going to find the lowest taxes? Alberta. The best financing opportunities? Alberta. The youngest and most educated work force? Alberta."

As Alberta prepares to weather many more months of economic pain, it's not difficult to discern some anger inside the province over the lack of empathy elsewhere in the country over its plight. In fact, it's felt at times that many people believe the province had it coming, that it was just a little too full of itself and needed to be brought down a notch or two.

Asked if she, too, has felt this at times over the last year, Ms. Notley smiles and considers the question for a few seconds.

"I think it's fair to say some folks don't understand how much their own economies are impacted by what's happening here," she said. "Our pain is being felt elsewhere in the country, too, places like Toronto. There are widespread implications and in terms of people's lack of understanding of that, it is something we are trying to remediate." 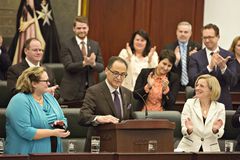 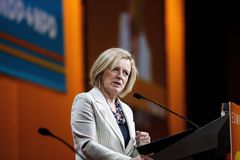 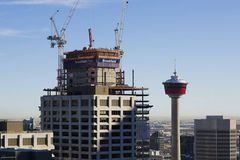