Alberta Premier Jim Prentice has called an election for May 5, 2015. Before and after the writ dropped, several commentaries claimed that the election is illegal. One lawyer even tried to get a court injunction preventing the election on that basis. However, this election is perfectly legal. This is why the courts threw out the injunction.

More importantly, the fixed election law should never have been passed in the first place because it is incompatible with the Westminster Parliamentary system.

In November, 2011, Alison Redford's PC government amended the Alberta Elections Act to include a provision for fixed election dates. Most of the attention has been on S2, which specified that the 2012 election occur between March 1 and May 31, and that every election henceforth be in this window every four years.

Beginning with British Columbia in 2001, many Canadian jurisdictions have passed fixed election legislation. The federal government passed its own law in 2007. However, these are all essentially elaborate campaign promises and can be legally violated at the decision of the government and/or Governor-General or Lieutenant-Governor.

For example, the federal law promised an election "on the third Monday in October every 4 years." Yet, since that law was passed, there have been two elections (October, 2008 and May, 2011); neither conformed to the legislation. Similarly, the last Ontario election was in June, 2014, instead of the legislated date of October, 2015. It could be argued that these three examples all involved minority parliaments and thus don't really count as violations. But that is the point: fixed election laws cannot account for minority governments.

In addition, Prince Edward Island, which has a majority government, is going to the polls on May 4, 2015, months before the fixed election date in October, 2015. The government's reason for the early election call is that Wade MacLauchlan became Premier in February, 2015, and needs a new mandate. This is very familiar to Alberta because Jim Prentice did not become Premier until September, 2014, and was not elected to the legislature until October, 2014.

The desire for a fixed election date is understandable. When former Alberta attorney-general Verlyn Olson introduced the legislation he stated that it would "provide for a fixed election time period and, thus, allow all of us to prepare for elections with greater certainty." Opposition parties would "know years ahead of time when the election is coming," giving them a chance to "do everything they need to do to prepare." It would also end the ceaseless media speculation on the timing of the next election. The ability of prime ministers and premiers to arbitrarily choose an election date that maximizes their chance of winning has been widely seen as unfair by opposition parties and the public. This power is excluded from Canadian mayors. It is also excluded from politicians in the United States, where elections are enshrined in the U.S. Constitution and state constitutions.

The difference, of course, is that none of the jurisdictions that have fixed elections are based on the Westminster Parliamentary system that Canada inherited from Britain. The most important feature of the Westminster Parliamentary system is responsible government. The people directly elect MPs/MLAs and those elected representatives then choose the government. In practice this is done through political parties. If a government loses the confidence of the legislative branch, then the governor-general/lieutenant-governor calls for new elections (or in rare cases asks a different party or coalition of parties to form a new government). Fixed election dates violate this principle of responsible government because it would allow a government to be defeated on a piece of major legislation (ie., the budget) and would be unable to get anything done while it waited like a lame duck for the next fixed election date, which could be months or years away.

There are problems with the Westminster Parliamentary system (just as there are problems with presidential systems, semi-presidential systems, and other parliamentary systems), but trying to graft incompatible aspects of other systems (such as fixed election dates) onto it is unproductive. It is even worse than that, because when the inevitable "violations" occur, it creates confusion among the public and accusations of illegality. 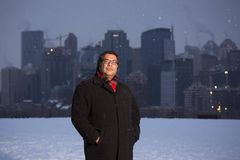 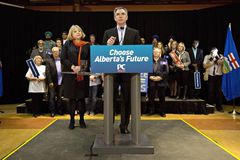 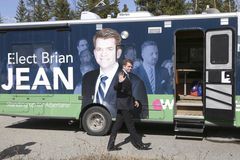