The Alberta election crushed what remained of the myth that has persisted about this province: that it is an adamant and unapologetic right-wing outlier that only has eyes for conservative-minded politicians.

Instead, voters anxious for change helped the New Democratic Party make political history on Tuesday and produce a shocking Miracle on the Prairies of a different sort. Over the course of the 28-day campaign, the perennial centre-left rump group was transformed into Alberta's next provincial government. It is a victory that will reverberate across the country and may have implications for this fall's federal election.

Few provincial elections can transfix a country. This one did in part because of the dramatic fashion in which age-old assumptions about Alberta were proven to be grossly outdated. Political scientists and party strategists will be picking over the entrails of this vote for some time. Among other things, they will be trying to determine the precise point at which the political landscape in Alberta began to shift, imperilling the seemingly invincible 44-year-old Progressive Conservative Party dynasty.

The reality is that the ground began to move long before this election was called.

Alberta is a province that has been radically altered in the past five to 10 years, in large measure because of the hundreds of thousands of people who have poured into the place from across the country and around the world. It has become increasingly urbanized, with its two largest centres, Calgary and Edmonton, led by young, progressive-minded mayors whose personal ideologies transcend strict party doctrine. They could be as comfortable with parts of the New Democratic Party election platform as they could with the Progressive Conservatives.

As it turns out, so could many of their constituents.

Few anticipated an NDP majority government in Alberta, but it can be explained in a couple of ways. When people are angry at a government – really, really angry – their fury can be conveyed in a manner not expressed before. There is no doubt that in this election, the New Democrats were the beneficiaries of ballot box support from conservative-minded folks who saw them as the best bet for getting rid of a party they felt had begun to take them for granted.

Even a year ago, many of these people likely could never have imagined themselves voting NDP, but that is what building frustration and a sense of hopelessness can do. It certainly helped that the New Democrats were led by someone who captured the public's imagination. At some point during the campaign, almost a cult of personality developed around Rachel Notley. People became increasingly attracted to her character, the easy, accessible way in which she expressed her views. In the process, she differentiated herself from the other party leaders, all men, who lacked the charm and natural salesmanship abilities that she possessed.

Ms. Notley was the NDP campaign, and unquestionably elevated herself above her party's brand.

The unprecedented New Democrat surge in Alberta was certainly abetted by a Conservative regime that looked out of touch and, frankly, acted like a dysfunctional family that needed counselling. And if it required any additional proof, the campaign demonstrated the price a politician can pay for imprecise language. The smallest of phrases can have the largest of impacts and consequences.

Before the election was even called, Progressive Conservative Leader Jim Prentice said in an interview that when it came to the fiscal mess in which the province found itself, Albertans needed to "look in the mirror." Those four simple words infuriated a public that felt Mr. Prentice was blaming them for a problem created by a succession of PC governments. In the end, it was the Tory Leader who looked in the mirror and decided to resign from provincial politics.

After an election, emotions in a province can be raw. People who voted for the losing side can often be disillusioned for months or longer. In Alberta, this has not been much of an issue for decades, as the Tories were returned with massive majority after massive majority. Few times has their hold on power been threatened – a come-from-behind win by the PCs under Ralph Klein in 1993 produced the first Miracle on the Prairies – especially by forces that did not identify as conservatives.

This election changed that. And the reverberations of this campaign will be felt in Alberta, and across the country, for years to come. 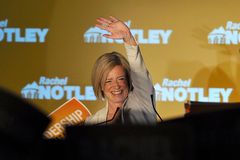 Mirrors and miscalculations: Five Alberta election moments to remember
May 5, 2015 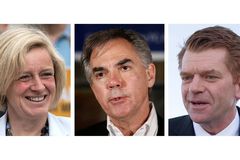 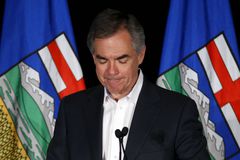