They are numbers to be celebrated or ignored, dichotomized or adjusted. And right now, those numbers are not working for Jim Prentice or his Progressive Conservative party.

With 18 days to go until Albertans vote, the polls are painting a bleak landscape for a party that has been in power for more than 40 years. A poll released on Wednesday sampled 3,121 people and found the Wildrose Party and the NDP arm-locked in the lead, each with 24 per cent of the voters, while the PCs came in third at 18 per cent.

The poll was conducted by Mainstreet Technologies, a Toronto-based polling and research company. Surveys done by ThinkHQ and Forum Research have tabulated how Albertans feel about the election and Mr. Prentice as premier. Forum Research indicates Mr. Prentice's approval rating has sunk to 22 per cent. Four months ago, it was at 50 per cent.

"Angry people are answering polls and giving answers designed to put the PCs on notice," Calgary-based pollster Janet Brown said by e-mail. "But when push comes to shove, will anger prevail or will Albertans once again default to the status quo?"

Interpreting polls can be tricky, as Canadians saw in the past few years when parties that were thought to be leading in the late stages of campaigns came up short on election day. Parties publicly dismiss poor results. Good numbers are mentioned, but not so enthusiastically that the parties appear to assume the campaign is over. That is why all the major political parties have their own polls done. Political insiders say the PCs will spend $300,000 to $600,000 for polls and market research.

Mr. Prentice has given his critics enough material to undermine his bid to stay on as premier. There were the orchestrated defections of 11 Wildrose members, including party leader Danielle Smith, who crossed the floor to strengthen the PCs. There was the new budget that critics said made too many cuts in child care and not enough to the province's deficit. There was the "look in the mirror" comment scolding Albertans for overspending.

There was also the call for an election, which prompted Calgary Mayor Naheed Nenshi to say that "if we're in a world where it's difficult to find $200,000 to investigate the deaths of children in care, to then find $30-million to run an election – it's a tough argument for me to make."

On Wednesday, Mr. Prentice promised a Conservative government would not negotiate public-sector raises and would cut the number of agencies, boards and commissions to eliminate duplicated services. The move appears to be aimed at persuading enough people to stick to their Tory-voting ways to give his party victory, as they did when Alison Redford was leader in 2012.

In the buildup to that election, all the buzz, almost all the polls had Ms. Smith and the Wildrose knocking the Tories for a loop. But the PCs handily won their 12th consecutive majority government.

"I keep going back to the lessons of 2012," Ms. Brown said. "And in 2012, I believe the public did have a strong desire to send the PCs a message. But, in the end, they didn't have the nerve to defeat the government. I think the same thing may be going on in this election."

So what happened with the polling?

"When I was with Redford, we made the decision to portray Danielle Smith and Wildrose as extreme," said Stephen Carter, who worked for the former premier as campaign manager and chief of staff. "People are motivated more by fear than opportunity. The hyper-engaged know how they're going to vote. The less engaged make their decision in last 72 hours to 72 seconds before marking their ballot. It is those people who can decide an election."

The undecided made up 20 per cent of the more than 3,000 Albertans who responded in the survey released on Wednesday. That poll had an overall margin of error plus or minus 1.76 per cent, 19 times out of 20.

"In the next couple of polls," said Quito Maggi, the president of Mainstreet Technologies, "we're going to ask three questions: Which way are you leaning? How you voted the last time? Who do you think is going to win?' … The window of opportunity to convince the undecided people is quickly closing."

The veracity of polling has become a subject for debate, because much of it is now done using a technique called Interactive Voice Response, which is automated calls to people at home or on their mobile phone. Critics and some pollsters believe only angry people who want their opinions to be heard are willing to remain on the phone with an automated voice.

"If the results are, in fact, skewed toward angry voters, and voters who are satisfied with the PCs are under-represented, it would be faulty logic to conclude that the findings are more accurate because numerous polls have similar numbers," Ms. Brown said. "Skewed results are skewed. And adding skewed numbers together makes them even more skewed, not less skewed." 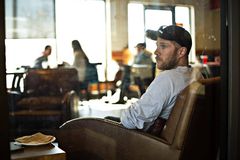 Alberta election may be unethical, but it’s not illegal
April 10, 2015 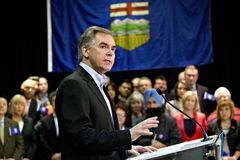 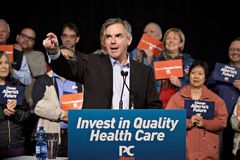 Follow Allan Maki and Justin Giovannetti on Twitter @AllanMaki @justincgio
Report an error Editorial code of conduct
Due to technical reasons, we have temporarily removed commenting from our articles. We hope to have this fixed soon. Thank you for your patience. If you are looking to give feedback on our new site, please send it along to feedback@globeandmail.com. If you want to write a letter to the editor, please forward to letters@globeandmail.com.
Comments