For the first time since the early 1980s, Alberta is expected to have an economic slump that lasts for two years as low oil prices persist and the province's Finance Minister warns of a "once-in-a-generation" challenge reflected in a provincial deficit that could top $10.4-billion next year.

After years of Alberta's energy-fuelled economy leading Canada's growth, the province's challenges have become a national burden, with unemployment mounting, banks reporting losses on loans and the federal government sliding into a deeper deficit.

"There is no minimizing the impact that low oil prices are having on people's jobs, on the economy and the government's fiscal situation," Finance Minister Joe Ceci said on Wednesday. "This is a once-in-a-generation challenge."

As the Prairie provinces continue to bleed jobs, Doug Suttles, chief executive of oil and gas producer Encana Corp., on Wednesday called the situation "as severe as I've ever seen in 33 years." The Canadian energy giant will cut its work force to half of what it was in 2013.

The troubles show no sign of abating. Saudi Arabia's Petroleum Minister ruled out production cuts on Tuesday, dashing hopes that the Organization of the Petroleum Exporting Countries could begin to reverse a plunge in prices for a barrel of oil drop of more than 70 per cent in the past year, to slightly more than $30 (U.S.).

As energy prices remain depressed, damage is spreading through the Canadian economy and markets.

Big banks are paying closer attention to the protracted period of low crude prices, joining other affected segments of the national economy. Sectors from beer producers to retailers to airlines have reported a drop in revenue from oil-producing provinces. Alberta's office-vacancy rate shot above 18 per cent last year, but jittery markets have contributed to office vacancies going up across the country.

In Edmonton on Wednesday, Mr. Ceci said next year's deficit could hit $10.4-billion – and there is no hope for a balanced budget before the end of the decade.

"This is the steepest and most prolonged slide in oil prices in recent history," Mr. Ceci told reporters during a fiscal update. "Projections for a quick recovery have proven wrong."

When asked about the deficit projection for the 2016-17 fiscal year, Mr. Ceci was blunt: "It's a lot. It's a helluva lot of money."

Lenders are watching debtors in the energy sector with unease. On Wednesday, the Royal Bank of Canada reported higher loan losses tied to crude prices, and said money set aside for bad loans has been increased by more than 50 per cent over last year. RBC bank executives said the major source of potential new loan losses is the impact of low oil prices on its corporate loan portfolio – but also smaller consumer loans, due to higher unemployment and the end of severance packages in "oil-exposed" areas.

"There is no question that the persistently low oil prices are tough for clients in the affected regions, and are driving an increase in credit provisions in our portfolio," RBC chief executive officer David McKay said.

But the rest of Canada is far from immune. The federal government said this week low oil prices mean its deficit will be $18.4-billion next year, even before new infrastructure spending that was to bring deficits up to $10-billion a year.

In Alberta, the third quarter fiscal update showed that lower energy royalties and reduced tax revenue are expected to increase the provincial government's deficit from $6.1-billion to $6.3-billion for the fiscal year ending next month. The figure would have been higher save for $250-million in emergency federal funding and lower-than-expected spending on disaster assistance after a summer of record drought.

Alberta's GDP is now projected to contract by 1.1 per cent in the 2016 fiscal year, after a decline of 1.5 per cent in 2015. The government's forecast is now more pessimistic than that put out by ATB Financial, a provincially owned institution. The last time Alberta experienced two consecutive years of economic decline was in 1982-83, at the end of a deep oil slump.

University of Calgary economist Trevor Tombe said global oil prices move in unexpected ways, and as much as possible, politicians need to focus on what they can control, and the long-term policy levers at their disposal.

"It's best to view this as a wealth shock," he said. "We're certainly poorer as a result of lower oil prices. But we shouldn't think that low economic growth [in Canada] is somehow going to remain for a long time to come – even if oil prices don't recover."

However, the current pain for the oil and gas sector is unambiguous.

In reporting its earnings on Wednesday, Calfrac Well Services Ltd. eliminated its dividend, reported a 62 per cent decrease in revenues during the last three months of 2015, and said it has cut 60 per cent of its U.S. workforce and 40 per cent of its Canadian employees. From the early onset of the oil price drop in mid-2014, companies such as Calfrac – which carry out drilling and other service jobs as contractors for oil producers – have been among the hardest hit as North American activity has slowed and customers seek major discounts.

"The company's customers have further scaled back capital spending plans for 2016 – which marks the first time since the late eighties that ... exploration and production spending has decreased for two consecutive years," said Calfrac CEO Fernando Aguilar in the conference call, noting some of his company's competitors are now bidding at below break-even levels.

The Alberta government expects investment in the oil and gas sector to decline by a further 20 per cent in 2016, after a steep decline in 2015. The province's unemployment rate is also expected to average 7.4 per cent in 2016 – the highest rate in two decades.

Is Alberta ready for a discussion about its true advantage? Subscriber content
May 16, 2018

NDP picking up the pieces in Alberta to gather support for Notley
May 16, 2018 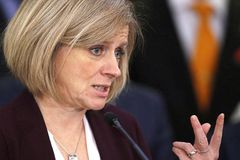 Newfoundland seeks federal funds after Alberta qualifies for bailout
May 16, 2018 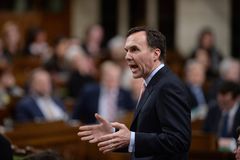