Alberta New Democrat Brian Mason enjoys telling the story of the time he was sitting in the legislature alongside his lone party mate, then-rookie MLA Rachel Notley, when he got up to leave.

Ms. Notley had won a seat in the 2008 election and was still finding her way around the legislature. Early on, she found the confines intimidating, so Mr. Mason, an eight-year veteran, served as a bit of a security blanket for the future premier.

"I got up to get out of my seat, and Rachel reaches over and sinks her claws into my arm like you wouldn't believe," Mr. Mason recalled recently. "'Where do you think you're going?' she said. I said: 'Rachel, I need to go to the washroom.'"

Mr. Mason laughs at the memory now. But the tale conveys an important truth about what the first few days and months in politics are like. There may be lots of arm grabbing in the Alberta Legislature in the next while, as political newbies on both sides of the aisle adjust to a whole new world.

The NDP caucus, in particular, is loaded with inexperienced MLAs. Of the 53 elected on May 5, only four, including Mr. Mason and Ms. Notley, have previous elected experience at the provincial level. The youngest NDP MLA, Thomas Dang, is 20. He'll be joined by several other twentysomethings, all of whom are already into a crash course on the workings of our parliamentary system.

B.C. NDP MLA David Eby shudders to think of all that the new Alberta MLAs have to learn. Mr. Eby was 36 when he defeated Premier Christy Clark in her Vancouver riding in the 2013 provincial election, forcing the head of the government to run in a by-election elsewhere. He says the first thing he discovered in government is that everything you say is amplified.

"Small comments – things you might consider insignificant – automatically become bigger deals because of the position," Mr. Eby said. "That includes things you say on social media – Twitter, Facebook – stuff you didn't give a second's thought to before now can take on a life of their own very quickly."

The New Democrat remembers being taught how to properly ask questions in Question Period. He thought he could frame a question like a lawyer (which he is) or a journalist but discovered that was the least effective way of truly getting anywhere with the government.

"There is a whole choreographed way to get the best possible answer and avoid giving the government a chance to run all over you," he said. "I was lucky to have people around me, veterans, who recognize the traps easily.

"Conversely, there is a skill on the government side on how to answer a question, or not answer it, especially if the issue is brand new and you have no familiarity with it. You need to know how to diffuse the issue while on your feet."

The problem for the Alberta NDP is there are few veterans to turn to for advice. This could be especially troublesome for new cabinet ministers with no political experience. They could be vulnerable during Question Period. Fortunately for them, there is a lot of inexperience in the Opposition Wildrose benches, too. Still, the lack of institutional knowledge in the NDP caucus could haunt the party.

The new MLAs will have to learn how to set up constituency offices and establish budgets. They will need to understand what can be submitted for reimbursement and learn how to file expenses. These are not trifling matters. Mistakes in these areas can cost politicians their careers. Any of the newcomers who have come from traditional 9-to-5 working environments are going to discover their new job means ribbon cuttings and rubber duck dinners are often seven-day-a-week obligations. Time with your family becomes an endangered commodity.

The level of public scrutiny they'll receive will surprise them. Banalities like dashing out to the local Starbucks in the morning dressed in track pants and a ratty old shirt before they've even had a shower become a luxury, Mr. Eby said.

"You might run into someone really important – someone you've been trying to build a relationship with," he said. "People are watching you and you aren't even aware they're watching you. Even when you're thinking of jaywalking, you have to think twice." 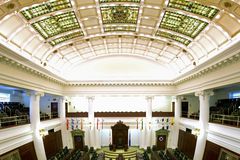 Notley sets out priorities at first post-victory caucus meeting
May 9, 2015 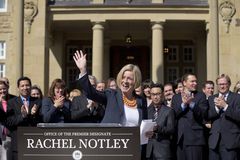 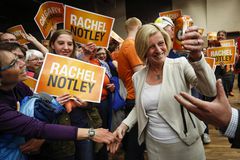