Josh Wingrove spoke with the Alberta Premier about energy regulation, plunging crude prices and priorities for the oil patch.

What effect do plunging oil prices have on Alberta?

Obviously, higher prices are better than lower prices. And prices that are at current levels have significant implications for our province. Having said that, it's important to distinguish between the commodity cycle on the one hand, and the long-term economics of Alberta's energy industry on the other. We obviously cannot control international oil prices so we have to focus on the things that we can control, which are two-fold. Firstly, Alberta's public finances, and this means it's a time for caution and prudence in terms of public expenditures. And secondly, what we can control in the longer term is the differentials [between what landlocked Alberta sells its oil for and] international prices. And hence a continued focus on tidewater access and achieving global prices.

What's the mood in the oil patch?

I think people are concerned, but people have also experienced higher prices and lower prices. Everyone is trying to determine how long this low-price environment will last. Clearly, it will have implications in terms of capital investment decisions that are going to be made in the energy sector. And it will certainly have implication in terms of Alberta's finances. International oil prices have softened by about 25 per cent. The impact on Alberta's finances has been less than that because the blow has been softened by a lower Canadian dollar, by lower condensate prices and by the lower differentials. When you net those factors out, there has been some slippage but it's not as steep as the decline in international prices.

Environmental monitoring of the oil sands is being beefed up now, but watchdogs have pointed to problems recently. Will government be more hesitant to bring in new rules, such as emissions caps, if industry already is dealing with low prices?

Environmental performance is important but so too is our industrial competitiveness. And we cannot afford to damage our industrial competitiveness vis-à-vis the United States in particular, which is our major competitor in the oil-and-gas business. So I think this low-price environment is a reminder of the wisdom of what I've been saying, and what others are saying, which is that we have to be careful laying on costs, including regulatory costs, on our industry because we need to remain competitive.

Have you decided what you'll do with Alberta's existing carbon tax?

It's under review at this point in time. The regulation comes up for renewal on Dec. 31. It's part of the overall review that's taking place at this point under the leadership of Steve MacDonald and a team of people who are recrafting Alberta's approach to energy, the environment and climate change.

Alison Redford focused on market access and pipelines without many results. How will a Prentice government be different?

What we need as Albertans and indeed Canadians is access to tidewater in every direction. We need the Energy East project – it's important, it will secure tidewater access into the Atlantic basin. Secondly, the Keystone project remains important because it affords us tidewater access to the Gulf coast. And of course there are two projects, Kinder Morgan and the Gateway project, that will afford us access into the Asia-Pacific basin. The Asia-Pacific basin is the market that most takes advantage of our competitive opportunity, because of proximity. Once we're able to secure pipeline access into the Asia-Pacific basin, Canadian crude will essentially become the benchmark standard for the entirety of the Asia-Pacific basin, so that is an imperative also. To be clear, these will take time. They hinge very substantially on our ability to strike partnerships. That applies to industry, but it also applies to the government of Alberta in terms of working with other provincial governments, the national government and also with First Nations. These are challenges we will take on. I'm an optimist. 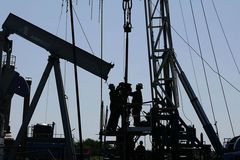 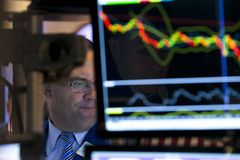 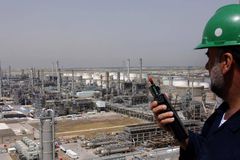 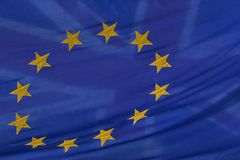 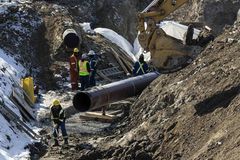