The panel received close to 500 submissions following their request for public comment on what the government should consider when drafting its climate change policy. Everyone from climate-change skeptics to diehard greens represented.

Suggestions from those in favour of stronger action on climate change included switching all traffic lights to roundabouts to reduce idling, banning motorized lawn mowers and leaf blowers and giving nuclear power a chance.

The most common requests, however, centred around more government funding for research, a faster phaseout of coal-fired power plants, more renewables and a price on carbon emissions.

"Please, Please, Please find a way to establish a 'SIGNIFICANT' price on fossil carbon emissions in Alberta!," suggested someone named Robert, whose full name was blocked out, as they were on many of the submissions.

Environmental groups made a variety of suggestions on what that carbon price should be, with the Pembina Institute recommending a $40 per tonne price next year, rising $10 a tonne every year for the first 10 years, while the Suzuki Foundation suggested a more modest $30 price, increasing by $10 a year for five years before a review.

Those advocating for a carbon price have allies in some oil sands companies, with Cenovus Energy, Shell, and Suncor among those supporting a widespread tax on carbon.

"A carbon price is the single most effective way to change the investment and operating decisions that drive real emissions reductions," Suncor said in its submission.

Other oil sands players like Nexen and Husky Energy instead expressed support for a continuation of the current specified gas emitter regulations, with Husky saying Alberta shouldn't impose any more penalties until its competitors adopt an equivalent price on carbon.

As to phasing out coal-fired power plants, many environmental groups have called for their total elimination by 2025 or 2030, but power producers have put forth their own, more long-term solutions.

Power generators TransAlta, Atco Ltd., and Maxim Power Corp. have recommend that coal emissions be cut by 20 per cent immediately and then their reduction obligations should be considered met. The gap in energy generation would be filled by natural gas, and eventually replaced with renewables with a goal of 15 per cent of electricity from renewables by 2020 and rising from there.

Power-distributor Enmax recommends restricting coal power plant production to 25 per cent below capacity starting next year, and then allowing the full phaseout to run its current course of a complete elimination by 2066. Capital Power is calling for a 50 per cent emissions reduction from coal plants by 2030.

And while energy companies didn't go so far as to question the premise of the need to reduce emissions, many members of the public did.

"Time will come you and your panel of shills shall be exposed. Treachery as this carries massive consequences," wrote Ian.

"There is nothing wrong with a wait-and-see approach to climate change," wrote Pieter.

Chuck said human-caused climate change is a theory with little hard evidence, and the government shouldn't threaten investment because of it.

Possibly the most common comment, however, amounted to expressions of gratitude for being invited to give input by the province's first NDP government.

John, who wrote in to suggest that people should be able to sell energy from their personal solar panels back to the grid, said he had never given feedback to the government before.

"Thank you for the opportunity to provide input. I am 62 and this is the first time I have ever done so." 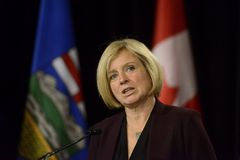 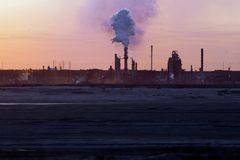 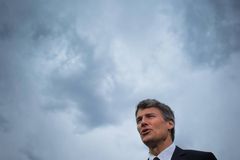