Alberta's two conservative parties, working on a deal to join forces, are at odds when it comes to social clubs for gay students in schools.

Kenney says schools, in some circumstances, should tell parents when their child joins a gay-straight alliance, also known as a GSA.

But Jean says parents are already notified if sexuality issues are taught in the curriculum, but says a gay-straight alliance should be left as a peer group for students.

"It's much like a math club or a prayer club, and I don't think that would be appropriate (for parents to be told when a child joins)," Jean told reporters Monday.

His comments came as NDP members heckled and criticized and shouted "Shame!" at the PCs in the house Monday over Kenney's stance.

It's also an issue that has gone around the globe, with international singing star Boy George calling out Kenney's viewpoint on Twitter.

"Gay obsessed straight people. #creepy" the United Kingdom performer tweeted out to his 435,000 followers over the weekend. In a second tweet, he wrote "Surely his move cannot be constitutional or lawful. It's certainly not moral or helpful."

Kenney did not respond to a request for an interview but spokesman Blaise Boehmer, in a statement, reiterated that Kenney does not want schools outing students.

"(Kenney's) position has not and will not change," wrote Boehmer.

Kenney has not spoken publicly about his views since he spoke to a Postmedia editorial board a week ago. He said that parents should be told by school staff when a child, gay or straight, joins a GSA unless it's believed telling the parents would cause harm to the child.

He reiterated that view in a Facebook posting last week.

"I trust teachers, principals and school counsellors to exercise their judgment about such matters, and that there should be a presumption that most parents are loving and caring, seeking only what is best for their children," wrote Kenney

Gay-straight alliances are clubs for gay and straight students. The purpose is social but the goal is to foster better understanding and to give LGBTQ kids a safe place to be if they are facing harassment and intimidation.

They are also places for students to talk to peers about issues they feel may not be welcome at home.

Under a law passed by the PCs in 2015, all schools must set up a gay-straight alliance if students ask for one.

Critics, including Premier Rachel Notley's government, say telling parents before a child is ready is effectively outing a child and could have harmful consequences if the parents have concerns about homosexuality.

NDP member Estefania Cortes-Vargas told the house Monday that GSAs play a vital role and can prevent gay kids leaving home or even killing themselves.

"Outing them could be devastating," said Cortes-Vargas.

"Unlike the leader of Conservative opposition, our government does not out students," said Eggen as other NDP backbenchers hollered "Shame" toward the PC benches. Ric McIver, the leader of the PC caucus in the house, and member Dave Rodney shouted back, their comments lost in the din.

Talking to reporters, McIver said he doesn't want to out gay students either, but declined to answer specifically if he believes schools should, in some circumstances, inform parents if their child joins a gay-straight alliance.

The issue is playing out against a backdrop of negotiations between the Wildrose and the PCs to join forces under a consolidated conservative coalition. Both Jean and Kenney have promised to run for the leadership should a new coalition be formed.

Kenney does not have a seat in the legislature and won't seek one in the short term as he works to unify the two conservative party. 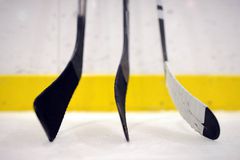