Alberta's economy is slowly emerging out of a deep hole, but there are lingering worries about a massive inventory of condominiums available for sale.

While it could be a buying opportunity for someone who wants to get into the market as the province's fortunes improve, the sizable inventory could just as easily drive down prices. New condo projects and purpose-built rental apartments planned when oil was riding high are now hitting the market, even as the vacancy rates in both Edmonton and Calgary remain high, and employment and migration remain weak.

The number of new housing units sitting unsold in Alberta this year is striking. The figure soared above 4,000 in early 2017, and peaked at a record 4,447 in July. In October, it still sat at 4,161, according to Canada Mortgage and Housing Corp. That is about double the unsold units in British Columbia (2,105) and much higher than Ontario (2,580) – both provinces with much higher populations, but where there are more robust economies and hot housing markets.

Looking at it another way, nearly 30 per cent of Canada's 14,204 built-but-unsold housing units are in Alberta.

"In a cyclical market like Alberta, if you are building that much inventory and you go through an economic cycle, you will end up with unsold inventory," said Matthew Boukall, a senior director at Altus Group Ltd. real estate data group.

"That's kind of where we're at today."

More than 45 per cent of the empty housing units in the province are apartment-style condos, mostly in Edmonton and Calgary. In Calgary, the province's largest city, the new condo units for sale are being added to an increasingly large inventory of resale apartment condos – a number now sitting at more than 1,600.

Lurking in the background are the debt obligations carried by developers who could be pressured to sell for lower prices in the months ahead, and the possibility of more units coming on the market from individual condo owners who bought when prices were high and want to sell their properties as soon as there is a slight improvement in the market. Shamon Kureshi, chief executive of Hope Street Management Corp. – one of Calgary's largest property management firms – describes the condo owners who are now renting when they would rather get their money out "accidental landlords."

Economists and market watchers have been surprised at how resilient the overall housing market has stayed through the province's economic downturn that began three years ago. The Teranet-National Bank National Composite House Price Index shows Calgary's overall prices are down 2.85 per cent from a peak in October, 2014 – significant but not calamitous.

But the city's condo prices have been harder hit. According to Ann-Marie Lurie, chief economist for the Calgary Real Estate Board (CREB), its benchmark apartment-style condo price is still well below the September, 2007, high of $297,600 – a time that saw the oil price trending upwards – and the October, 2014, high of $300,000 – when oil prices had started a multi-month decline. The benchmark Calgary condo price in October was $261,600, and CREB expects that figure will drop another 3 per cent by the end of 2017.

Alberta, like other provinces, is seeing a major shift from single-family to multi-family housing construction as land prices surge. While it takes two years or more to build a high-rise, economic fundamentals can shift drastically in that period. That time lag between deciding on a multi-family project, and completion, doesn't always work with the cyclical nature of Alberta's oil and gas-focused economy. Condo projects planned and started when oil was $100 (U.S.) per barrel have many units sitting empty today, as crude prices nudge up from the lows of 2015 and 2016 toward $60 per barrel.

Alberta's economy is improving, with ATB Financial forecasting GDP growth of 3.9 per cent in 2017, to be followed by growth of about 2.7 per cent in 2018. However, employment remains a major issue. In the same way that many of Calgary's downtown offices are sitting empty, many of the residential condos in the inner city are also unoccupied. "Continued high vacancy rates in the downtown core is an indication that near-term recovery of higher-paid energy sector jobs is not expected," said a recent CREB report.

Mr. Boukall said many of the jobs that are coming back are not coming to downtown Calgary – and instead are service or industrial jobs further out from the core. For condos in Calgary, he expects flat pricing in the suburban market in 2018 and, in the inner city, a price decline of less than 5 per cent.

He notes two key risks to the condo market recovery: The tightening of mortgage stress-test rules to take effect across Canada on Jan. 1, and the high levels of inventory and slow sales making it difficult for developers to keep their businesses afloat or to service debt.

Already, well-known Alberta builder and property developer ReidBuilt Homes, which had been in business for more than 35 years, collapsed into insolvency this year. Receiver Alvarez & Marsal Canada Inc. this month pointed to sluggish sales, downward pressure on prices and "an unsustainable debt load and leverage" as reasons for the private firm's downfall.

Some developers have taken to renting out completed but unsold units – Lamb Development Corp. is offering realtors a 50 per cent cut of a month's rent if they find a tenant for its newly built 230-unit 6th and Tenth building in Calgary's Beltline.

Lai Sing Louie, a regional economist for CMHC, said multi-family construction is going to slow down next year so some of the inventory can be absorbed. However, he believes "one shadow component of supply" in Calgary are the people who bought a condo during a boom period, at one of the price highs, and are still trying to recoup their investment.

"People who bought in that sort of frenzied period are still likely under water," Mr. Louie said.

Mr. Louie's assessment squares with the experience of Farhan Qureshi. A decade ago, when Calgary's economy was booming, the engineer took possession of his two-bedroom, two-bathroom unit with a wrap-around balcony high above the Stampede grounds.

Mr. Qureshi believed the $350,000 preconstruction price – an amount paid in 2005, "when people were basically bidding against each other" – would be a solid investment, and eventually the condo would be good place for him and his wife to live when their children moved out.

Now, forced into a retirement earlier than he would have liked by Alberta's economic slump, the condo doesn't work as a home for Mr. Qureshi, 65, and his wife. The unit has occasionally sat empty for a couple of months, but he now has a tenant with a six-month lease. He still can't charge a rent that covers all his monthly costs, and the $600 per month in condo fees feels like a weight. "I have chewed up all my savings."

"I just want to get it over with so I can pay off the mortgage," Mr. Qureshi said. "I don't want to be a landlord." 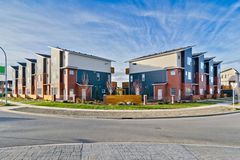 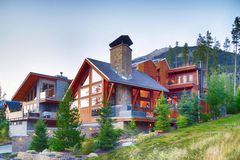