The B.C. government plans to buy advertising space in the heart of the Alberta oil patch in a bid to lure British Columbians back home to fill jobs in B.C. resource industries.

Seeking to take advantage of economic uncertainty due to declining oil prices, B.C. Premier Christy Clark said Thursday she wants to offer retraining to ensure that any expatriate workers who answer her call to "come home" will be able to transfer their skills from working in the oil industry to other resource companies.

"The government is looking into buying advertising space in the Fort McMurray airport where we can invite British Columbians to come home," the Premier told reporters after a speech to the province's Truck Loggers Association. "And we are prepared to present them with a 'welcome home' basket to help. … We will connect them with the information and support they are going to need when they get home to gain the skills to work in forestry or truck logging, or to go work in the natural-gas sector."

"It is a cheap political stunt and it is premature," Gil McGowan, president of the Alberta Federation of Labour, said in an interview. "It also smacks of kicking a guy when he's down."

Mr. McGowan said construction of some oil-sands projects has not slowed down, in part because companies committed cash for those projects within the past two years.

This means Ms. Clark's target audience is not struggling as much as workers in other parts of the energy sector, such as those working for oil-field service companies, Mr. McGowan said.

Nick Sanders, president of the Fort McMurray Chamber of Commerce, agreed it is premature to write his community's epitaph.

He said he wasn't concerned about the planned ad campaign, however.

"The employees will go where they have their economic needs met. If that is here in Fort McMurray, that's great. We have people from all over Canada who have made this community their home. We had 1,300 live births in our hospital last year. For us, that is a pretty good indicator that people are comfortable raising their families here."

British Columbia is not immune to the fallout from declining oil prices. Ms. Clark's government has been banking on a new liquefied natural gas industry to pay off the provincial debt, but many of the potential investors are major energy companies now retrenching in the face of an uncertain future.

Ms. Clark acknowledged she is having to revise her expectations for LNG development as a result.

"When you look at declining oil prices, one of the things that you see is that the script that we had for liquefied natural gas is not going to proceed in the way we expected it to. It could change every week," she said.

However, she said she still expects three LNG plants to be in operation on the B.C. coast by 2020.

The province has been crafting a skills training program to address, in large part, concerns from potential LNG investors that British Columbia will not be able to deliver enough skilled workers to build the tens of billions of dollars' worth of infrastructure required to bring a single LNG plant into operation.

Even without LNG construction, employers in B.C. are complaining of a skilled-labour shortage.

On Thursday it showed more than 12,000 job openings, including 1,700 postings in the trades, transport and construction sectors. 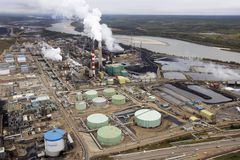 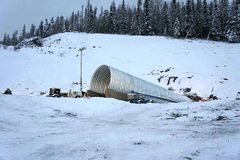 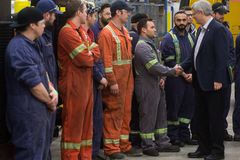 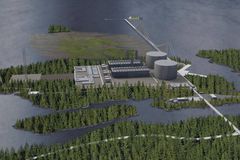 Follow Justine Hunter and Carrie Tait on Twitter @justine_hunter @CarrieTait
Report an error Editorial code of conduct
Due to technical reasons, we have temporarily removed commenting from our articles. We hope to have this fixed soon. Thank you for your patience. If you are looking to give feedback on our new site, please send it along to feedback@globeandmail.com. If you want to write a letter to the editor, please forward to letters@globeandmail.com.
Comments