Jeff Lewis asks the mayor of Calgary about the city's tight housing situation, and what Alberta municipalities should expect as a result of the falling price of oil.

Calgary suffers from extremely low vacancy rates and acute homelessness. At the same time, your council is bitterly divided over allowing homeowners to build and rent secondary suites. Why is the issue so controversial?

I don't know. It's actually one of these incredibly perplexing questions.

Every other city in the country has done it. It's an important arrow in the quiver of housing strategy.

Furthermore, council wants to do something – 14 out of 15 members of council say the status quo is not an option, but we can't figure out what to do.

So it's actually very exasperating, because if council just didn't want to do anything, we could put this thing to bed and not talk about it any more. Council does want to do something, but we can't get eight people to agree on what to do.

How would secondary suites help?

So the whole thing is clogged up at every level, and it's important that we have escape valves at every level, from home ownership right down to government-built and operated housing. But we have to make all of those work together, and secondary suites are a small but important market-driven part of that.

Bill 10, although it has been yanked for the time being, would give government the final say on whether students can form gay-straight alliances in schools. You have said the bill could stigmatize Albertans as "hillbillies." Why?

The architects of Bill 10 attempted to solve a problem that didn't exist, which is the problem of parental rights. Parental rights are not at risk here. We're not talking about changes to the curriculum; we're not talking about anything that happens in the classroom. We're talking about a student club that students are free to join or not join, and the fact that our legislators actually think that's worth their time at a time when the oil price is shrinking, we've got all kinds of infrastructure problems, we have to negotiate a new city charter for the cities, and they spent two solid weeks talking about whether students can join a club? It's silly.

Premier Jim Prentice has warned that falling oil prices will force budget cuts. Are you concerned that provincial funding for city initiatives will dry up?

It's important for us to remember that we've been here before. We've been here as recently as 2008, which was an even steeper decline in the price of oil.

The other thing we have to remember is that the infrastructure that we're building today is not for the people who are going to move here. It's for the people who are already here, because we're very behind. So the fact that there are 36 schools being built in Calgary at the moment isn't for students who don't exist yet. It's for the kids who are already here.

So we must resist the urge during a temporary economic slowdown to pull back on infrastructure and fall even more behind.

The question of a sales tax in Alberta is probably a political nonstarter. If we take that off the table, we still have to look at many other options to reduce our dependency on these [energy] royalties. Spending non-renewable royalty money on operating costs the way we do is just the same as burning the furniture to heat the house. 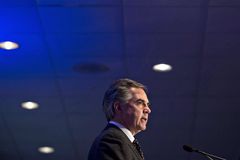 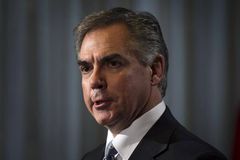 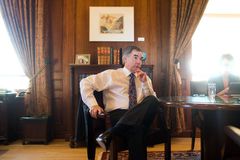 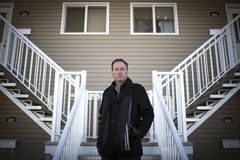 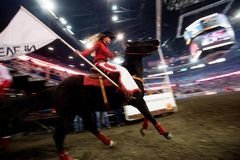 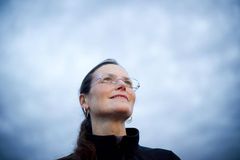