If you don't think a boozy holiday drink can make a difference in this world, then let the Ship and Anchor's house-made eggnog prove you wrong.

Ship Nog, as devoted fans have come to call it, is the signature holiday drink of one of Calgary's most iconic pubs.

The Ship and Anchor had been operating for seven years when, in 1997, the assistant manager of the time came into work with a boozy eggnog recipe in-hand and an idea.

"Right from the start, the idea was always to turn this drink into a charitable contribution," pub manager and co-owner Diane Taylor explains. The pub donates $5 from the sale of each glass to charity.

Calgarians' love of this particularly addictive eggnog has grown substantially since its 1997.

"We're still not really sure how it has grown to the extent that it has," co-owner and marketing manager Nicola Trolez admits. "As the word of mouth [continues to grow] and more people support the initiative, the eggnog has really become a tradition for people. We've woven our tradition into people's family traditions."

When it comes to the recipe for the signature eggnog, both Ms. Taylor and Ms. Trolez remain tight-lipped. Since that first-ever batch in the late 1990s, they have perfected a secret recipe that produces sixteen litres of eggnog, equivalent to about 80 servings, per batch. The components – which obviously include cream, eggs and holiday spices, among other things – are aged for several days to allow flavours to intermingle. Pour it into a glass, add some liquor (also a top-secret combination) and the Ship Nog is born.

The drink itself is rich and creamy, fragrant with winter spices and served over ice with a healthy shaving of fresh nutmeg.

Last year's Christmas Eve was a record-breaking one for the pub, selling 425 glasses of eggnog in one day. They've already hit that record once this season, on Dec. 16, and expect to set a new one by the time the holiday festivities are over. Earlier this week, the pub said it had already sold nearly 5,000 glasses since the start of the month.

The charities targeted by the fundraiser vary and are often tied to current global events. Previous recipients include AIDS Calgary, the Global Enrichment Foundation and donations toward the response to Ebola.

For 2016, sipping on an eggnog at the pub will see your thirsty efforts go toward four local charities: Wood Homes, The Alex Community Health Centre, Calgary Women's Emergency Shelter and the Calgary Scope Society.

The Alex Community Health Centre, for example, has been around for 40 years and works to provides medical and housing support to vulnerable Calgarians.

If eggnog isn't your drink of choice, then opt for the Wild Rose Brewery Cherry Porter. A food item is donated to a local food bank with every pint that's ordered. There's also the annual Food Bank Benefit that took place on Dec. 14, which saw substantial monetary and food donations to both Calgary Inter-Faith and the Veterans Food Bank, and a cancer fundraiser – Celtic Jam for the Cure – scheduled for next month.

Ms. Taylor says the success of the eggnog campaign says a lot about the pub and its customers.

"The success of this holiday fundraiser is also a testament to our customers and their kindness," she says. "You know, it's a guilty pleasure that really does go somewhere good." 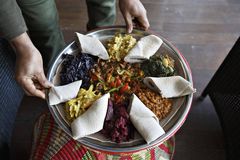 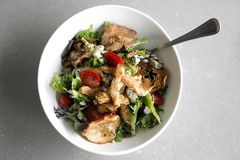