The rubber-chicken dinner doesn't cut it any more in Alberta. With a recession hovering on the horizon, the competition on the party circuit for entertainment and charity dollars is growing fiercer. By necessity, event organizers are getting more creative, blurring the lines between boosting local arts and culture, raising money and creating brand relationships.

In PR parlance, it's known as "building experiences." But as fundraisers and their marketing become more complicated, it no longer makes fiscal sense to stop after just one.

Dinner by Design, a pop-up party held in early June at the Alberta College of Art + Design, took three days to set up. Produced by Tyson Villeneuve of Social Concierge, it was the third soirée in a cross-country series.

"I'm a total design nerd, and I love arts and culture," Mr. Villeneuve says. "We felt, if we're putting together an event that is design-focused, why not celebrate a not-for-profit cause that also contributes to art and design?"

Mr. Villeneuve has turned Dinner by Design – created as a sophisticated promotional tool for GE's Monogram luxury appliances – into a franchise of sorts, taking it on tour like a rock band.

"When you're building any cool event, it's basically like building a brand," he says. "To do it well, it takes time. You have to be consistent, you have to pay attention to details, and you have to think it through, from start to finish."

Long gone are the days when simply sending out an invitation was all that was necessary to achieve high attendance. Now, websites and social media campaigns are vital to encouraging RSVPs, requiring slick logos, graphic design, photography, even video. It's expensive, and time-consuming.

"If you can build one website for three or four or five events, there are obviously efficiencies in costs," says Jocelyn Flanagan, CEO of e=mc² events.

Ms. Flanagan produces Love Her, a glitzy evening of fashion in support of Ovarian Cancer Canada. After successfully netting more than $250,000 from affairs this year in Vancouver, Calgary and Toronto, she's already planning for 2016, and is hoping to add nights in Montreal and eastern Canada. With the Love Her imprint firmly in place, including a website that can be easily tweaked for different locations, it will be simpler than starting from scratch.

"You're not reinventing the wheel every time you go to a new city," she says.

Even without an overt fundraising aspect, when a function garners enthusiastic coverage through social media, the buzz can be felt all over the globe.

General public cognizance makes it easier for organizers to import the party from another country – especially when the main sponsor is a luxury brand that has a reputation for advertising through context, rather than excessive commercialism.

Online gushing over celebrities dressing in their Pretty Woman best at its Polo Classics in the United States led Veuve Clicquot to bring the fête to Calgary. A glamorous fusion of fancy hats, bubbles and horses at high speeds plays out at the Calgary Polo Club on Aug. 9.

"It's great from an idea standpoint, tying it in to the publicity and awareness of the Polo Classic in the larger markets of New York and L.A.," says Jordan Cameron, regional marketing manager for Veuve Clicquot.

Other far-flung diversions have mushroomed in Alberta for more organic reasons – without being shepherded by a powerful consumer product – simply because they are irresistible ideas.

The Calgary producers of Packwood Grand, an elegant Canada Day racetrack party at Century Downs, were inspired by the Deighton Cup, after the affair upped the style ante at Vancouver's Hastings Park.

Meanwhile, at a secret location revealed mere hours before a massive group meal, Diner en Blanc is a pop-up picnic that started in France, elevating the idea of breaking bread together to an art form, with all attendees dressed in white. Entranced by the purity of a non-commercial gathering devoted to elegant, grassroots socializing, Mr. Villeneuve will bring it to four Canadian cities this summer, including Calgary and Edmonton.

"If the concept is sound, and people get excited about it, there's a good chance it will work in another place," says Mr. Villeneuve, who believes the trend of party templates is just beginning. "It's an economy of scale."

BuzzFeed Canada arrives with a Toyota-sponsored bang
May 15, 2018 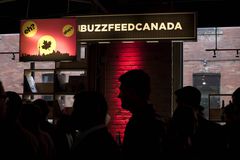 Canada’s amateur sport organizations step up their marketing game
May 15, 2018 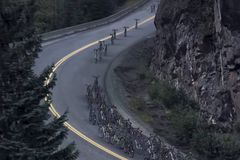 Marketers decide to throw dollars at online video
May 12, 2018 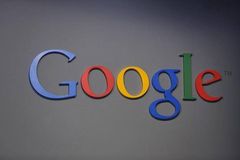