Can an "orange wave" in Alberta spark a "green shift" in Canada?

The home to Canada's fastest rising source of carbon emissions – the oil sands – has just embraced a new direction in energy and environment policy. Short on detail but long on aspiration, Rachel Notley's NDP platform signalled a stepped-up intention to engage on energy files with an environmental perspective. Or, as she put it on election night: "The need for a national approach to the environment and to Canada's energy sector that builds bridges and opens markets – instead of giving us a black eye."

That "black eye" is an environmental reputation that even a casual observer of oil-sands politics knows has become an obstacle to new pipelines through the United States and Canada. It has coloured the country's international climate standing. Past premiers were content simply to argue that this was wrong; Alberta's NDP premier-designate is the first to concede the point and vow to fix it.

This is change, but is it change enough?

Ms. Notley inherits a national climate policy that is both stable and fragile. For the federal Conservative government, the position is set in stone: it will do more when the world does more, particularly, if the United States does more on emissions from the oil and gas sector. For almost a decade, and the terms of four different premiers, Alberta has hewed closely to this mantra. Despite rising international opposition to oil sands and emissions growth, complacency reigned in both capitals that the oil will always get through.

Underneath, though, the federal government's climate policy is more fragile than it appears. The provinces, not Ottawa, are today the undisputed agents of actual climate action, accounting for about three-quarters of forecast emissions reductions by 2020. Ontario's new push for carbon pricing and a cap-and-trade system has energized the role of provinces as leaders on climate policy. Its alignment with Quebec on its cap-and-trade program makes for a powerful and heretofore unexpected alliance on climate policy.

Even a passive Alberta, not fighting in its traditional oil-sands corner, would remove a key barrier to progress. An engaged Alberta, actively factoring climate policy into its energy decisions? The mind reels.

Some evidence is on the table that engagement is what the country will get. Ms. Notley's simple but shrewd analysis on pipelines offered during the campaign makes the point. Asked whether she would advocate for the Northern Gateway pipeline as premier, she said B.C. has "made itself very clear" that there is "too much environmental sensitivity" around it, calling it "not the right decision."

This is a clear departure from the "all pipelines, all the time" approach of her predecessors and the federal government. Like B.C. premier Christy Clark, Ms. Notley does not seem inclined to waste political capital on pipelines without promise.

But Ms. Notley and Alberta face an early test of her convictions from the federal government.

This is the year of Paris and the United Nations conference on climate change in December. Canada will make its position for emissions reductions to 2030 known by the G7 Summit in early June.

What can we expect?

Based on its position seeking a common continental oil-and-gas approach with the United States, look for what might be termed "bifurcation" on oil-sands and other emissions. More colloquially, call this "Yes, but." Yes, Canada will do more; but first, we need an agreement with the United States on common oil-and-gas regulations and standards, it will say. If it does, a new, more ambitious 2030 target will be set.

At the same time, the provinces will be asked to account for an even greater proportion of emissions reductions on behalf of Canada based on their own actions, whether through cap-and-trade, carbon tax, energy efficiency, transportation and commercial building measures.

On both counts – a continental oil-and-gas discussion that separates oil-sands regulations from other Canadian emissions, and a national position tabled by the federal government for Paris that assumes more, not less, climate action by provinces – Ms. Notley will have to signal her climate policy approach soon.

Her acceptance, or not, of this conditional federal approach that spares Alberta's oil-sands for now will provide an early clue about her ultimate climate convictions for her province and, by extension, our country. If she seeks to influence that direction, by either unilateral Alberta action on oil sands or joining a common front with other provinces, orange will definitely become the new green.

You campaign in poetry but govern in prose, goes one political aphorism. Ms. Notley's joint energy and environment desires are about to test this head-on.

She needs it to work or it could well be her party that winds up with the black eye.

NDP in Alberta: This is the campaign that Jack built
May 8, 2015 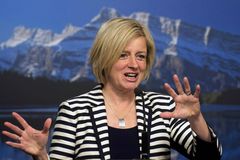 Alberta’s NDP must be driven by common good, not ideology
May 8, 2015 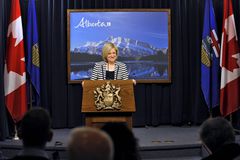 Notley's Way: How the Alberta premier became determined
May 8, 2015 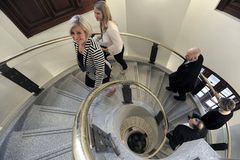